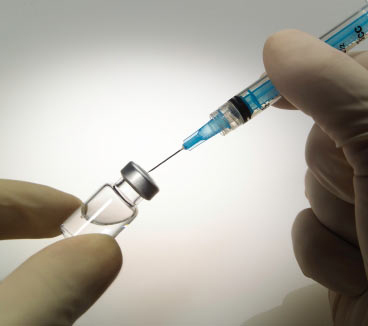 As widely reported in mainstream media, the Princeton University meningitis outbreak has sparked an alliance between the drug company Novartis and government agencies. The FDA and the Centers for Disease Control and Prevention (CDC) have approved the importation of Novartis’s menengitis vaccine Bexsero into the US despite it not being FDA-approved.

They are doing this even though the Princeton outbreak is not an epidemic, as only seven students have been infected, everyone has recovered, and the disease is not expected to spread off-campus.

This is a breakthrough for Novartis, as Bexsero has struggled to gain acceptance. Although approved in Australia and Europe, it was rejected by the UK’s Joint Committee on Vaccination and Immunisation (JCVI). Drug companies must also prove to individual EU countries that a drug should be adopted.

What’s the real story here? How did a drug rejected by the UK become acceptable for an Ivy League University? Is it safe? Does it work? Could this be the newest drug added to the CDC’s controversial vaccine schedule? Who stands to win from Bexsero’s unexpected boon—and who stands to lose?

ANH-USA delved into the past of this benighted vaccine, and answered the questions that mainstream media ignored.

Princeton plans to recommend that all undergraduates and all graduate studies students who live in dormitories, as well as various “other members of the University community” (about 8,000 in total) receive the Bexsero vaccine. Vaccination will be voluntary, though it’s easy to conceive that there will be considerable pressure to vaccinate. If anything goes wrong, we wouldn’t want to be in the university’s shoes.

Please note that drug companies are permitted to negotiate which outcome the FDA bases its approval on—clearly, this should be determined by independent experts with no financial stake in the drug’s approval. Secondly, the fact that Novartis wanted to pick and choose which symptom the FDA would base its approval on doesn’t exactly inspire confidence in the vaccine’s real-life worth.

Novartis needs Bexsero to be approved, as it has pinned its hopes on new products like this to “save” not only its $7.5 billion vaccine division, but the entire company. This is due to the monumental revenue losses looming with the patent cliff we told you about recently: increasingly desperate drug companies are turning to their vaccine divisions to pick up the slack. Most likely, this means we’ll see more and more vaccines getting rammed through the flimsy FDA approval process—and then legally mandated for our children.

In addition, there’s something of a Big Pharma “arms race” going on: Novartis and Pfizer are competing to be the first to market an FDA-approved vaccine for the B strain of meningitis. Currently approved meningitis vaccines cover only strains A, C, Y and W-135. As thirty-seven states mandate meningitis vaccines for college students, the first drug to win approval will also gain a lucrative monopoly in a state-mandated vaccine. In other words, it’s clear that Novartis gains a big advantage from giving its vaccine to Princeton students.

If the drug is proven to safely protect students, Novartis should be rewarded. So the big question is: Is Bexsero safe and effective? No one knows, really.

In part, this is thanks to the rampant problem of publication bias: as we discussed in June, about half of all drug trials aren’t made publicly available, and positive findings are twice as likely to be published as negative findings for the same drug. So, while there have been at least two published studies to show that Bexsero is effective, it’s entirely possible that there are many other studies showing Bexsero to be unsafe and/or ineffective—and that Novartis is simply withholding this information.

This is not a farfetched possibility: in fact, this is exactly what happened with Tamiflu, the stockpiled flu drug that cost US taxpayers $1.5 billion. Roche Pharmaceuticals was accused of withholding data about its Tamiflu pill—data that suggested the drug was not as effective as had been reported. In fact, it may be no more effective than aspirin.

Even with the two publically available Phase III studies of Bexsero (the final step before approval), there are problems. The first study found that Bexsero increased rates of fevers in the infants (there were 3,630 infants studied), which understandably raised alarms with regulators and investors alike. The second study looked at 1,200 patients, and found that there was no increased rate of fever.

The difference? The second Novartis-sponsored study was open label, meaning that the researchers conducting the study knew who was getting Bexsero—leaving the study wide open to both unconscious bias and willful manipulation. With billions as stake, these are valid concerns.

With so many questions about the Bexsero vaccine, what can students do to keep well without it? Here’s a list of safe, natural preventative measures from former ANH-USA president Dr. Sherry Tenpenny:


We would add that the single most important step to take in supplementing is to keep vitamin D levels up.

Of course, the larger problem with vaccines is that they are developed in government/industry “partnerships.” Post-approval, the government often refuses to study vaccines’ long-term safety record (perhaps this is due to the government’s significant financial and political investment in these dangerous drugs).

Action Alert! Tell the FDA and CDC to ask that the IOM to study all vaccine AERs! It is irresponsible for the FDA and CDC to freely permit mass-vaccination—particularly with unapproved, foreign drugs—without careful analysis of side effects and serious adverse events. It’s vital that the short and long-term impact of vaccines, particularly those mandated for K-12 and college students, be carefully studied by an independent, nongovernmental body. After all, it is our childrens’ welfare at stake. Please take action today!