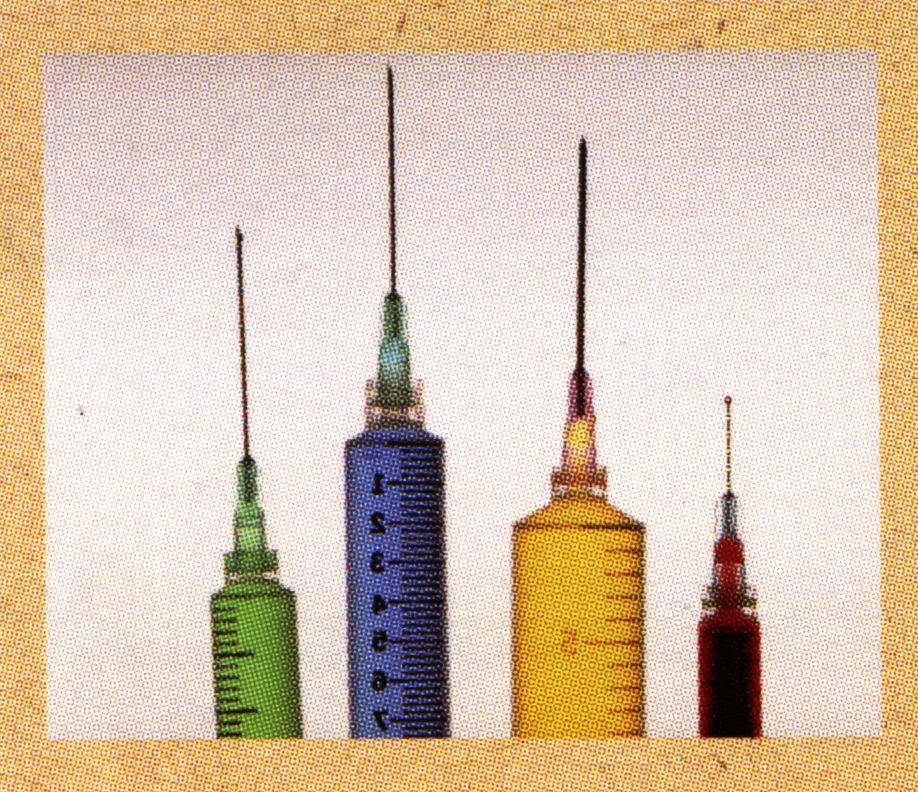 And some states want to take away your right to decide about vaccinations for your kids. Urgent Action Alerts!

The American Lung Association is partnering with Sanofi Pasteur, the largest company in the world devoted entirely to vaccines, in an educational campaign endorsing the annual flu vaccine. The two have launched the Faces of Influenza campaign with a website containing frightening stories about the dangers of flu and touting the safety of the flu vaccine.
Why is an organization that is supposed to set the standard on lung safety and health doing the bidding of a pharmaceutical company? Why are they repeating figures which have been proven to be fabricated and false? Between 1979 and 2002, data from the CDC’s National Center for Health Statistics show an average of only 1,348 actual flu deaths per year—a mere 5.7% of the CDC’s frequent citation of 24,000 deaths per year.
Medical societies in particular are often greatly influenced by Big Pharma. They often have relationships with drug companies that are hidden from the public view. Look, for example, at the Heart Rhythm Society. Their cardiologists set national guidelines for patient treatments, lobby Congress about Medicare reimbursement issues, fund research, have disease awareness campaigns, and are important sources of treatment information for the public. But as ProPublica reported,

From the time they arrived to the moment they laid their heads on hotel pillows, the thousands of cardiologists attending this week’s Heart Rhythm Society conference have been bombarded with pitches for drugs and medical devices. St. Jude Medical adorns every hotel key card. Medtronic ads are splashed on buses, banners and the stairs underfoot. Logos splay across shuttle bus headrests, carpets and cellphone-charging stations. At night, a drug firm gets the last word: A promo for the heart drug Multaq stood on each doctor’s nightstand Wednesday. Who arranged this commercial barrage? The society itself, which sold access to its members and their purchasing power. [Italics ours]

Many medical societies don’t make their sources of funding public. Senator Chuck Grassley (R–IA) recently requested this information from thirty-three professional organizations—including the Heart Rhythm Society. (For more about pharmaceutical conflicts of interest, please see our other article in this issue!)
Conflicts of interest are especially rampant in the vaccine industry. Vaccines are extremely profitable for drug companies, and only a few manufacturers make them, which drives up the price. The real problem, of course, is the question of vaccine safety. And with it, the need for consumers—and especially parents—to be able to have the right to choose whether their family receives vaccines or not. It’s all about informed choice.
But informed choice is being threatened at the state level. A bill in Vermont’s legislature, H.527 and S.199, would threaten a parent’s right to refuse vaccination for their child using a philosophical exemption.
Many states offer philosophical or religious exemptions from compulsory vaccination. In some states, religious exceptions include personal religious beliefs, whereas other states require the individual to be a member of a religion whose written texts explicitly prohibit invasive medical procedures. Even in states with exemptions, there are generally only two options: be vaccinated on the schedule recommended by CDC, or else get no vaccines at all. These laws do not allow for modified vaccine schedules or selectively vaccinating for some, but not other diseases.

The Vermont bill, however, would remove the exemption on philosophical grounds entirely. The bill has a lot of traction—the Senate’s version has already passed, and it’s on its way to the House. If you are a Vermont resident, please take action immediately!

There is also legislation in Arizona attacking vaccine exemptions. HB2846 would require written certification signed by a guardian and a health professional on an annual basis in order to claim any exemption, whether religious, medical, or philosophical. If you are an Arizona resident, please take action immediately!
Two positive vaccine bills have been introduced.

In West Virginia, HB2119 would prohibit all forms of mercury in vaccines (including thimerosal) unless absolutely no other alternative exists. As we note in our Position Paper, thimerosal, which is 49.6% mercury by weight, is a deadly substance that remains in many vaccines, and may one of the causes of the skyrocketing autism rates. After a study in 1977 found that adults exposed to much lower concentrations of mercury than those given to American children suffered brain damage, Russia, Austria, Japan, Great Britain and all the Scandinavian countries banned thimerosal in vaccines. If you are a West Virginia resident, please contact your legislator today and support this bill!