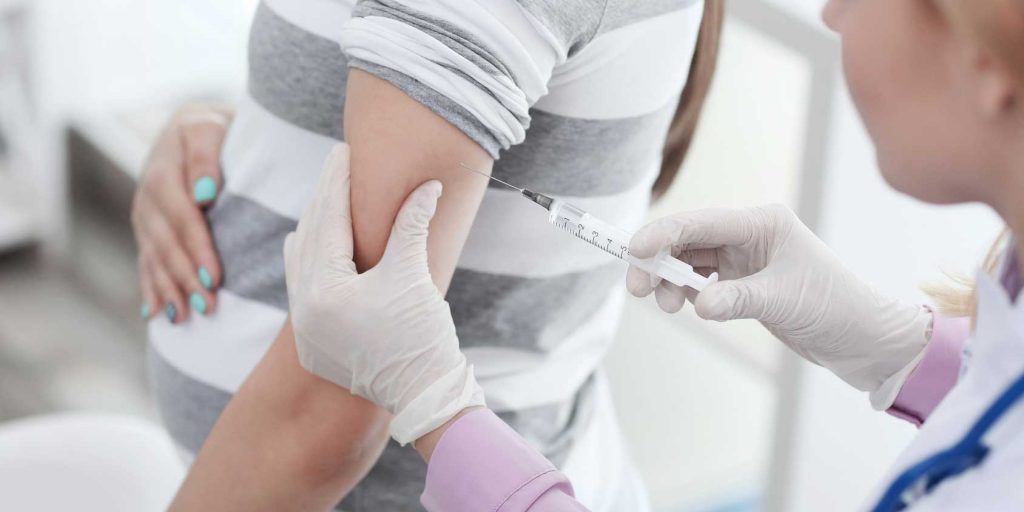 If vaccinating pregnant mothers weren’t bad enough, now the vaccine companies would like a twofer by also going after the child in utero. Action Alert!
For many months now, we’ve been monitoring the progress of the 21st Century Cures bill. This legislation is intended to bring medicine into the 21st century, but as we’ve noted before, it does the opposite. Rather than looking forward, this bill simply doubles down on conventional approaches that have been in place for decades.
21st Century Cures passed the House last year. The Senate has broken up the bill into over a dozen separate pieces, which could be considered any day now.
One extremely worrisome provision seems to put structures in place for amending the current vaccine schedule and including more vaccinations for pregnant mothers. Senate bill S. 2742 (the “Promoting Biomedical Research and Public Health for Patients Act”) contains the following language:

This may have been written for liability reasons. Perhaps Big Pharma is concerned that the child would be eligible to sue for damages, unlike anyone vaccinated after birth. Perhaps the thinking is that doctors tend to have more control over mothers before birth, so why not force vaccines on them then, rather than after birth?
Then again, this provision may be intended simply to increase vaccinations given to pregnant mothers. If a developing child is considered a “person” eligible to receive vaccinations, the vaccine industry could begin to develop more vaccines intended specifically for children in utero.
The Centers for Disease Control and Prevention (CDC) already recommend that pregnant mothers get whooping cough, flu, and hepatitis B vaccines. Good questions remain about whether this is necessary or useful. Some scientific studies have shown virtually no benefit to the maternal flu vaccine, and of course flu vaccines contain mercury. Injecting a mother with mercury, much less a baby in utero, seems totally reckless to us.
In addition, if the language quoted above becomes law, the whole CDC vaccine schedule could be shifted or expanded to create more vaccine industry profit-making opportunities. Maybe the first DTaP (diphtheria, tetanus, and pertussis) shot will be given to the mother and the fetus, rather than to the child at one month. Perhaps the schedule will be expanded.
The risks in doing this are frightening. The adjuvant load alone that would be delivered to the mother and shared with a child in utero (a child without a functioning immune system) could cause serious damage. As we’ve noted elsewhere, adequate safety testing of aluminum adjuvants for young children—much less for unborn children—has been completely absent!
We know of no studies that have looked at the long-term consequences of multiple vaccinations during pregnancy, nor any analysis comparing the risks to the benefits (if any). Further, the safety and effectiveness of giving certain vaccines to pregnant women was not determined before the vaccines were licensed in the US.
Provisions included in the bill only heighten these concerns. They instruct various federal agencies to develop a report “on ways to promote innovation in the development of vaccines that minimize the burden of infectious disease.” The agencies are to consider whether any obstacles exist which inhibit the development of vaccines, and make recommendations on how to remove these obstacles in order to “promote and incentivize vaccine innovation and development.”
Could one such “obstacle” be the apprehension of pregnant mothers about receiving a host of vaccinations for their children still in the womb?
Other parts of the legislation provide for lower standards for drug and device approval and safety. They also encourage the development of new antibiotics for “limited populations” that do not need to meet standard criteria for safety and effectiveness. On top of it all, they give more funding to the National Institutes of Health for the development of experimental drugs and other products, probably to hand over to Big Pharma. After all, one of the principle architects of the bill, Rep. Fred Upton (R-MI), was the top recipient of pharmaceutical industry money in 2013-14.
These are complex subjects—far too complex for Congress to be legislating about. For example, we generally think the Kefauver Act, which demanded FDA approval of drug effectiveness as well as safety, was a mistake. Once a drug has been deemed safe, effectiveness should be worked out by the medical profession, not by unqualified government employees whose salaries are covered by Big Pharma.
Clearly this is a bill with much potential for harm and no evident potential for good. We need to defeat it.
Action Alert! Write to your senators and tell them to oppose 21st Century Cures legislation, especially S. 2742, which could be used to develop more vaccines for pregnant women AND their children in the womb. Please send your message immediately.

Other articles in this week’s Pulse of Natural Health:
FTC Decides to Destroy Homeopathy
Ohio Moves to Rein in Nutritional Monopolists

13 responses to “Big Pharma Reaches into the Womb”