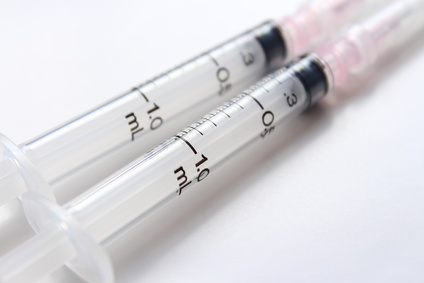 One of the many side effects of the government putting itself into the flu vaccine business is that it is not providing honest statistics.
In October 2013, nineteen-year-old Chandler Webb of Utah received a flu shot. A week later, he slipped into a coma. A month later—after his brain swelled so severely that it crushed his brainstem—he died. His mother attributes his death to the flu shot.
This is, of course, what scientists call “anecdotal evidence.” Even murkier is the potential brain or neurological damage to millions of children and adults from the mercury used as a flu shot preservative.
Clearly it would help to have honest flu case, flu mortality, and damage statistics to help sort out these complicated issues. Unfortunately, we aren’t getting them.
The US Centers for Disease Control and Prevention (CDC) has claimed that over 200,000 Americans are hospitalized and 36,000 die from the flu each year. However, Dr. Joseph Mercola’s investigation of inflated flu shot statistics revealed that the hospitalization estimate includes not just those who are hospitalized with flu, but for pneumonia, respiratory, and even heart conditions.
The CDC’s annual hospitalization statistic is untrustworthy for another startling reason. The CDC’s 2012 to 2013 season analysis states that it determines its flu-associated hospitalization rates from the data provided by the Emerging Infections Program (EIP). However, the EIP only reports hospitalizations for which a laboratory test confirms a flu diagnosis. The CDC then calls this underreporting, and “adjusts” for it by applying a “hospitalization underreporting multiplier” of 2.7. This means for every real, documented case of influenza, the CDC multiplies it by nearly three.
The same shoddy statistics apply to flu deaths. For example, just 500 Americans died from flu in 2010 (the most recent year for which data was available). The grossly inflated “36,000” number likely comes from the CDC’s lumping of flu and pneumonia together, although most pneumonia deaths “are unrelated to influenza.” In many cases, pneumonia is caused by bacteria, not a virus, which is one reason there is a separate pneumonia vaccine. Currently, the CDC states that 169 children died from the flu during the 2012 to 2013 season, and that twenty have died so far during the 2013 to 2014 season. Based on the CDC’s statistical sleight of hand, we don’t know yet if these numbers are accurate. It is also worth noting that whatever deaths occurred might have been prevented by adequate vitamin D supplementation before the illness, and/or adequate vitamin A supplementation, especially at the onset of illness.
It’s no secret that the CDC exaggerates flu hospitalization and death numbers to scare Americans into getting the flu shot. Glen Nowak, former communications director for the CDC’s National Immunization Program, openly admitted to this during a 2004 presentation to the AMA. Although the presentation has been removed from the AMA’s website (most likely due to its incriminatory nature), other websites have archived it.
Of particular interest is Nowak’s plan (he even calls it a “recipe”) to increase vaccination rates. Medical experts and public health authorities are encouraged to:

The CDC would apparently like you to believe that if everyone just got the flu shot, there would be no more tragic deaths. They seem to support efforts to force all healthcare workers to get it or lose their jobs, and of schools and youth programs to require it.
But the flu shot only works on a small percentage of the “flu-like” viruses circulating every season. And even when faced against the flu strains that its designed to protect against, the flu shot is, at best, only about 62% effective. As we reported last year, that figure is misleading—it’s 62% effective against type A and B and H1N1 flu, but doesn’t protect at all against norovirus and whooping cough. Worse, only 2.7% of all adults get type A or B or H1N1 influenza, and of them, the vaccine will fail 38% of the time, which means it really benefits only about 1.8% of the population. In addition, there’s evidence that the more you get an annual flu shot, the less effective it will be.
So why does the CDC keep pushing flu vaccination so hard, even to the point of cooking the numbers, especially when the flu shot doesn’t even work that well? No one can say for sure, but the problem appears to us to be the huge conflict of interest that the government has gotten into by becoming a partner with the vaccine industry.
Sometimes, as in the case of Gardasil, the government itself is involved in the vaccine’s development and grants a license to a vaccine maker for its own profit. The government then reviews the product for safety and efficacy, subsidizes its manufacture, and recommends to state governments whether to mandate it. The government officials who make these “partnerships” happen are often richly rewarded with lucrative positions, as detailed in the book Crony Capitalism in America 2008–2012 by ANH-USA board president Hunter Lewis. Julie Gerberding, who brought the Gardasil vaccine to market as head of the CDC, later became president of Merck’s vaccine division.
As you may have noticed, chain pharmacies like CVS, Walgreens, and Walmart are also eager to milk the flu shot cash cow, going to great lengths to persuade customers to get the shot. For example, CVS offers a 20% off shopping pass for each flu shot your family receives. It’s unclear how much these stores make from each $25 to $32 flu shot, but the Wall Street Journal estimates profit margins to be 30% to 50%.
The CDC’s phony vaccine statistics are just the tip of a much larger scandal. If the government is to evaluate vaccines honestly, it needs to get out of the business of making them.