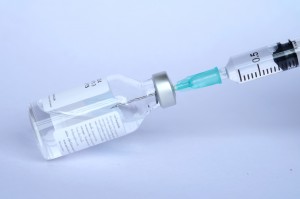 This is not Nazi Germany or Stalinist Russia. Parents deserve answers to what are reasonable questions about vaccine safety. Action Alert!
In a predictable reaction to the recent measles outbreaks, both Republicans and Democrats in Congress filed a “Vaccines Saves Lives” resolution last Friday. Claiming that there is “no credible evidence” that vaccines cause “life-threatening or disabling disease,” the resolution interprets the vaccination issue as some kind of national security threat—thereby supposedly trumping your right to make informed decisions about your own and your children’s health. If passed, this resolution will bolster the current backlash against vaccine exemptions and pave the way for states’ efforts to mandate universal vaccinations.
Congress needs to face the facts: vaccines are not 100% safe—nor are they guaranteed to stop diseases. From 2005 to 2014, no child in America died from measles, yet 108 babies died from the MMR (mumps, measles, rubella) vaccine. Recent testimony from a CDC whistleblower has suggested a longstanding attempt by the CDC to cover up any adverse data on the safety of the MMR (for more info, see our recent update.) In the recent measles outbreak among California residents, 12% of the cases occurred in vaccinated individuals.
Despite serious adverse reactions from the HPV vaccine (including Guillain-Barre Syndrome and death), the CDC wants both girls and boys aged 11 and 12 to receive this injection, even though it targets only two of the fifteen potentially cancer-causing strains of the virus. Despite record vaccination rates against whooping cough, outbreaks are occurring, often at higher rates among those who received the inoculation. This may also be happening with the current measles outbreak, including unvaccinated children getting it from recently vaccinated children.
The CDC calls for more and more vaccines, at younger and younger ages. Newborns in 1964 were immunized against six diseases. Today they are vaccinated against sixteen diseases, receiving one injection at birth and up to nineteen more injections in their first six months of life. So many vaccinations at such a young age are a tremendous assault on a child’s immune system. Respected integrative physician Dr. Russell L. Blalock notes that “multiple vaccines given close together may overstimulate the growing brain’s immune system and destroy brain cells.”
Many of these vaccines contain preservatives and adjuvants. In fact, any multi-dose vial of vaccine is mandated by law to include preservatives to prevent microbial growth. Until recently the preservative of choice was thimerosal, a mercury derivative, which is still used in the flu vaccine. Mercury is a poison—why is it in a highly promoted (though doubtfully effective) vaccine?
The DTaP (diphtheria, tetanus, pertussis) vaccine, given at 2, 4, and 6 months of age, contains aluminum. Other vaccines may contain formaldehyde, antibiotics, albumin, gelatin, and yeast products. How can we trust that they’re safe when the CDC and the FDA are in bed with Big Pharma? Consumers and doctors have a right to full disclosure concerning the additives in (and risks of) vaccines.
The four sponsors of the “Vaccines are Safe” resolution all received money from the pharmaceutical/health products industry—a combined $203,450 in 2014. Is it any wonder that Congress rallies to endorse vaccinations as safe?
Senators and representatives should start listening to mothers and fathers, not try to intimidate or coerce. Parents deserve answers. Why not allow the baby more time to develop before the vaccine assault? Why not space out the vaccinations more? Why not more single shots rather than multiple ones? Why not get rid of the nasty ingredients that are not part of the shot itself? These are all reasonable questions that deserve thoughtful, reasonable answers, not political posturing, threats of exclusion or expulsion from school, fines or even jail time for parents who, worried about their children’s safety, refuse to comply with orders handed down by federal agencies tainted by Pharma money.
Action Alert! Tell Congress to listen to the science and find answers to these troubling vaccine issues, instead of parroting Big Pharma’s dangerous media campaign. Please take action immediately!