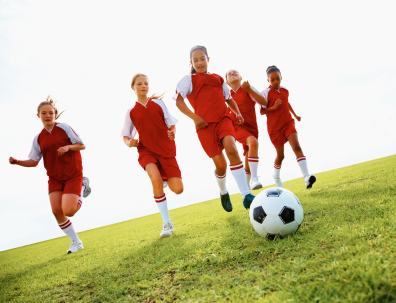 Maybe they’re so caught up in the system that they just can’t imagine the best remedies sometimes only cost pennies.


Late summer is when kids go back to school and start spending hours playing sports in hot, humid weather. This can easily lead to heat exhaustion, which may lead to throwing up but also sometimes fatal complications. Just this past month, two Georgia high school student football players died. The American Academy of Pediatrics is concerned. It has issued new guidelines to help schools avoid heat illnesses of all kinds.

The key recommendations are not to exercise too long or frequently and not to wear hot uniforms and pads too long. Another recommendation is to drink plenty of water. This is commonsense advice, but it neglects an important warning: to avoid ice water, which can trigger the throwing up.

The pediatricians also recommend sports drinks for their electrolytes and salt. Is this more common sense? Hardly! The chief cause of heat exhaustion isn’t water. We can usually tell if we need water. It is lack of salt. What athletes really need is to take some additional salt both before and sometimes during play.

So why don’t the pediatricians mention this? A little salt costs only pennies. Why recommend unhealthy sports drinks, which cost too much and are often loaded with sweeteners (like high fructose corn syrup) and artificial ingredients (like bromated vegetable oil and glycerol ester of wood rosin), when the real answer is right in the kitchen cabinet and costs so little?

It is a tragic fact that many schools and coaches say absolutely nothing to their students and athletes about the importance of salt. Many students think that extra salt is bad for you. It certainly isn’t if you are playing in the kind of hot weather that can lead to heat exhaustion. The pediatricians could have helped this situation but chose not to. Why not? Is it because sports drinks are a 2.1 billion industry?

This is not the first time that the American Academy of Pediatrics has seemed to some to be a marketing agent for Big Food interests, selling expensive and doubtful products. Last year it was criticized for teaming up with Nestlé to make a series of nutrition messages intended to combat childhood obesity. Nestlé, of course, is the manufacturer of foods like KitKat, Haagen-Dazs, Hot Pockets, Baby Ruth bars, and Gerber baby foods—which, ironically, have been charged with containing too much salt.

But junk food and sports drinks are the least of the pediatricians’ sins. Too much of their income comes from administering childhood vaccines at too early ages in too large doses, and often containing dangerous ingredients such as the mercury in flu shots. We are afraid the pediatrics profession needs to do a lot more than cutting the ties to Nestlé or Coca-Cola.