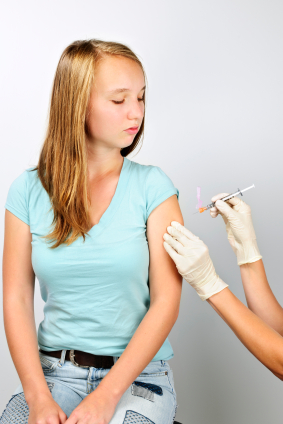 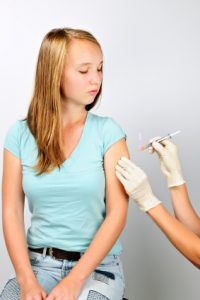 The US Institute of Medicine disregards the thousands of adverse event reports for flu shots. Action Alert!

Researchers are also closer to developing what they believe will be a “universal” flu shot that will protect against every new strain of the disease, though its implementation will be at least five years off.

With prices expected to increase by 50%, the new vaccines “provide a route to premium pricing that could improve margins and profits in a highly competitive market,” reported Reuters. The global flu vaccine market is estimated at $3.7 billion per year.

But Vicky Debold, PhD, RN, and volunteer director of Research and Patient Safety for the National Vaccine Information Center, warned that “we need more information” about these new vaccines. Debold served as the consumer member of the FDA’s Vaccines and Related Biological Products Advisory Committee (VRBPAC) from 2008 to 2012 and was a temporary voting member for the VRBPAC meeting this past February to select the influenza strains to be included in the 2013/2014 flu shot. Debold stated:

Dr. Joseph Mercola reported that a flu shot only benefits 1.5% of the population. That’s because most of what people call “the flu” is either not actually flu or is a strain other than the one being targeted by that year’s flu shot.

Without a flu shot, approximately 2.7% of adults come down with the type of flu that flu shots can prevent. With flu shots, that number drops to 1.2%. So the shot ultimately benefits only the 1.5% of the population who might have contracted that type of flu but didn’t, because they got a flu shot.

The shot still might be worth getting—if there were no downside. (Just as we don’t resent buckling our seatbelts for thousands of trips in which we never have an accident.) Unfortunately, as most alternative doctors agree, there is quite a large downside to injecting pathogens, mercury, aluminum, formaldehyde, squalene, and other toxic substances directly into the bloodstream.

The 2010-2011 trivalent vaccine alone generated 8,200 adverse event reports, but the US government’s Institute of Medicine (IOM) refuses to evaluate adverse event reports, saying that they will only consider peer-reviewed research. At the same time, they won’t do the peer-reviewed research themselves or encourage anyone else to do it. And why is that? Consider this: many IOM researchers depend on drug companies for support. So how can we expect an organization with such rampant conflicts of interest even to acknowledge, much less investigate, the thousands of adverse event reports related to the flu vaccine?

This is not unusual. The government is in partnership with Big Pharma (and, by extension, Big Media), a crony capitalist arrangement that affects vaccine development, procurement, sales, and marketing, and ensures huge profits for the pharmaceutical industry. As we pointed out two years ago, the government gives patent protection and FDA approvals to pharmaceutical companies and thus creates medical monopolies. The government also exempts vaccine makers from legal liability, sometimes invests in the businesses themselves, then adds the threat of jail for consumer non-compliance.

Often the dangers of vaccines are not evident until years later, as with the swine flu vaccine Pandemrix that was given to 31 million people across Europe in 2009-2010. The UK government is now acknowledging that the vaccine has caused narcolepsy. Damages could reach £1million per person harmed.

Robert Rowen, MD, reports in his October 2013 newsletter that the FDA approved last year’s H5N1 (bird flu) vaccine without proof that it worked, and it took two doses to create an immune response. Even then, only 60% of those over age 65 showed some immune response.

Mercury, in the form of thimerosal, is still used in many flu vaccines. As Dr. Frank Shallenberger points out, “There’s still a hefty dose of thimerosol in the flu shots sold on every street corner in the country. It is also present in the vaccine RhoGam, which doctors give to pregnant women.” Other flu vaccines for 2013-2014 that contain mercury are listed in Table 1 on the CDC website. Thimerosal in vaccines is also legal in the European Union and is still used in several vaccines such as Pandemrix. The European CDC states that thimerosal can also be found in certain multi-dose influenza vaccines.

Antibiotics prevent the excretion of mercury, so patients on antibiotics may find it hard to rid their bodies of mercury. Tellingly, the use of antibiotics is higher in autistic children.

As we reported in January, the United Nations Environment Programme (UNEP) decided there would be no global ban on vaccines containing the mercury compound—a stance we fought against because of thimerosal’s documented dangers.

The best bet to avoiding downtime with the flu is to build up your health and immunity year round, not just during flu season. Vitamin D, vitamin C, and zinc are essential for preventing respiratory infections of all kinds. In fact, a respected Japanese study concluded that vitamin D was as effective as vaccine in preventing flu, including pandemic flu. And of course it is also effective as a treatment if you already have the flu. Dr. Jonathan Wright reports that zinc acetate lozenges reduced by half the time that people were sick with the common cold, and he and Dr. David Brownstein strongly recommend taking vitamin A (real A, not beta carotene).

Action Alert! Tell the Institute of Medicine to consider the thousands of adverse event reports that doctors have filed about flu vaccines. How can we make flu shots safer if we ignore the problems they’ve already caused?