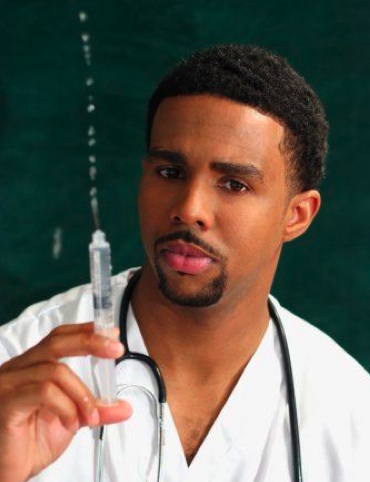 Why don’t they want it? Because some of them know too much. Here’s the whole tawdry tale.

This week we learned that hospital employees throughout Colorado will be fired unless they get a flu shot by the end of the year. New state health regulations require flu shots for health care workers to be phased in over the next several years, but nearly all hospitals in Colorado have made the vaccinations mandatory—immediately. Employees are exempt from the shot only for medical reasons; if they refuse, they will be suspended, and if they haven’t gotten the shot by the end of the year, they will be fired.
Many healthcare workers don’t want the injection. No surprise there. They know more about it, that it is not safe by any means. As we reported last month, the US flu shot still contains mercury, which among other things is associated with the development of Alzheimer’s. And a recent study indicates that people who received a flu shot were more likely to become infected with the H1N1 flu virus than people who haven’t received the shot!
Far safer choices exist to keep people from catching the flu—the most important of which is to ensure an adequate level of vitamin D and thoroughly washing your hands.  Even so, mainstream medicine, the mass media, and federal and local governments all push the flu vaccine as if it is humanity’s last, best hope.
Why? It’s our old friend Crony Capitalism at work again:

What is especially troubling about this recital of blatant conflicts of interest and flagrant disregard for public safety is that none of the participants seem to feel the slightest shame over it. Instead they haughtily dismiss their critics as cranks or flat-earthers and go right on practicing crony medicine.
Sometimes it appears that the vaccine makers are just fronts for the government, albeit very well-paid fronts. The Department of Health and Human Services (HHS) awarded Sanofi Pasteur a $77.4 million contract to retrofit its flu vaccine manufacturing facility in Pennsylvania; the vaccine manufacturer, by contrast, will be contributing only $25 million toward the project! As part of the ongoing bird flu pandemic preparation, Sanofi Pasteur received another $100 million contract from HHS to manufacture the vaccine in bulk concentrate form, plus additional fees to be paid for storage of the vaccine, and formulation and filling of the vaccine upon government request. (In 2005, the subsidies were even higher: $7.1 billion in flu preparations.) These contracts will make Sanofi Pasteur the largest supplier of influenza vaccine in the US and the world.
As for the adverse event reports, you may recall that the government has set up a “vaccine court”—the National Vaccine Injury Compensation Program, a no-fault payout system with a $2.5 billion fund derived from a 75-cent-per-dose tax on vaccines. It is designed to protect vaccine makers from the kind of costly lawsuits that drove many out of the vaccine-making business in the 1970s and ’80s.
It is not widely known, but the program has issued decisions in favor of plaintiffs who were hurt by the flu vaccine. These included very serious complaints such as Guillain-Barre Syndrome, acute demyelinating encephalomyelitis, encephalopathy, ventricular fibrillation and cardiac arrest, transverse myelitis, or some combination of these. In these cases, they received monetary settlements, but the vast majority of the decisions mandated the stipulation that “the Respondent (the government) denies injury/death was caused-in-fact by vaccination.”
Why is the major media silent about this? Do they not care about children with Guillain-Barre Syndrome? Or does it have something to do with the drug company advertising that keeps the traditional media on life support? (Most vaccine makers are subsidiaries of drug companies.)
The CDC reports that they detected an increase in the number of adverse events last season—febrile seizures, that is, convulsions accompanied by high fevers—after children had received the flu shot, though the government made no changes to their flu shot recommendations. On the contrary, a 2011 report from the Government Accountability Office argues that if more people could be counted on to be inoculated every year, it would give companies the incentive they need to make vaccines! In other words, let’s persuade people to get more shots (and in the case of healthcare workers, let’s force them to) so that companies will make enough money on a reliable basis!
The government is also eyeing cutting-edge vaccine research. A new generation of vaccines will be using viral DNA to quickly churn out key proteins to elicit a protective immune response. Protein Sciences of Meriden, CT, has already applied to the FDA for approval to sell a vaccine made by genetically engineering flu genes into a worm virus, which then infects cells from caterpillar ovaries to produce the necessary proteins to make vaccine.
Who will test the efficacy and safety of this new vaccine when it arrives? That’s right, the same federal government that is subsidizing its creation—the one that is going to push state governments to make it a legal requirement.

273 responses to “Flu Shot Being Forced on Health Workers”