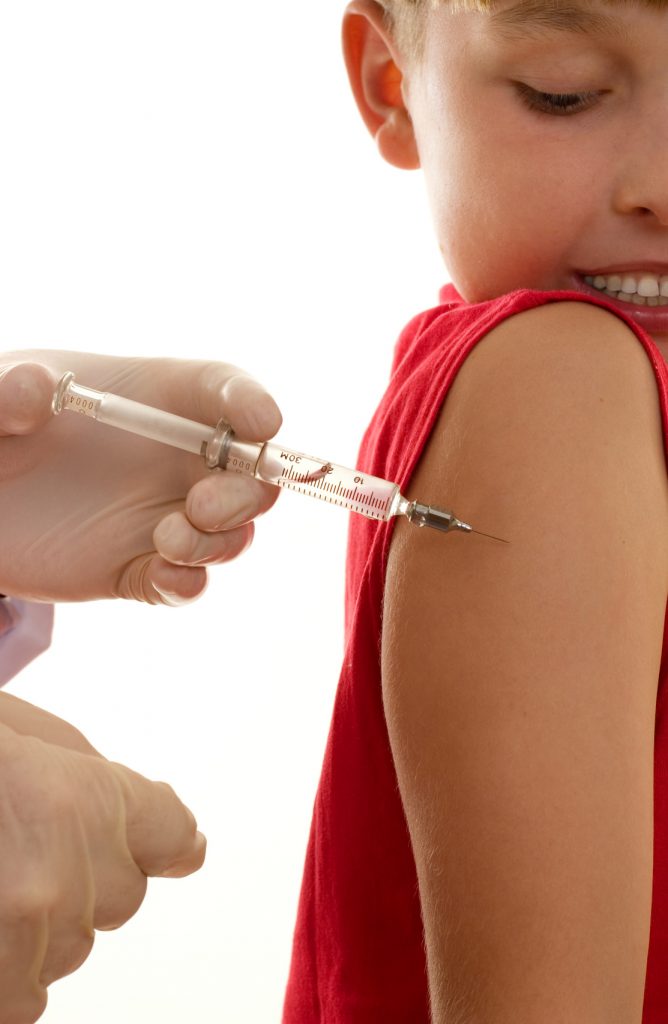 But instead of acknowledging the vaccine’s problems, the CDC and mainstream media blame people who don’t vaccinate. Action Alert!­­
Mumps is a nasty virus—it can cause fever, headache, and painfully swollen glands. In serious cases, it can cause meningitis, deafness, and even testicular inflammation. Mumps is also easily spread through mucus: if an infected person sneezes, coughs, or even talks, they can pass it on.
For these and other reasons, most Americans are vaccinated against mumps through the MMR (measles, mumps, and rubella) shot, which is also one of the more dangerous vaccinations. But in the early 2000s, researchers began to notice an alarming pattern: those vaccinated against mumps were still becoming ill with it—at alarming rates.
This worrisome trend is accelerating: in April 2014, the New Jersey Department of Health warned of an outbreak of mumps at the Stevens Institute of Technology. Eight cases of mumps were confirmed—yet all of those infected had been fully vaccinated with two documented doses of the MMR shot.
What’s going on here? Is the vaccine losing its efficacy—or was it never effective in the first place? There are a number of explanations:

The Justice Department refused to pursue the case.
Conventional medicine openly acknowledges the dangers of the MMR vaccine, yet still decrees that its benefits outweigh its risks. When the evidence clearly dictates that there is less benefit to the mumps vaccine than thought, the usual arguments at least need to be revised.
Some observers believe that the risks from this vaccine are magnified by giving three shots in one rather than individually. That idea deserves more attention. The usual reason conventional medicine prefers to give a lot of shots all at once is that they worry they won’t be able to get parents to come in more often. This is not a proper justification for exposing kids to unnecessary risks.
When too many vaccines are given within a short period of time, the body may experience an immune system overload, as discussed in J. Barthelow Classen’s evidence review of vaccinations published in the peer-reviewed journal Molecular and Genetic Medicine. In his review, Dr. Classen discusses the data supporting a relationship between an epidemic of inflammatory diseases and vaccine-induced immune system overstimulation, as well as the evidence linking immune overload with epidemics of diabetes (both type 1 and type 2) and obesity. Government officials simply ignore these legitimate concerns and keep adding more vaccinations all together at ever younger ages, as revealed by the CDC’s busy vaccine schedule.
Despite all this evidence, the government still refuses to comment on or conduct further research on the vaccine schedule or the ineffectiveness of the MMR vaccine for mumps. There’s no way to know why for sure, but one possible reason is that—after spending millions on a multiyear contract with Merck—they’re attempting to avoid another embarrassing repeat of the Tamiflu scandal, where the government spent $1.5 billion on flu treatments that were found to be no more effective than aspirin.
Of course, those who choose not to vaccinate their children are still the laughingstock of the mainstream media. Just this month, The Daily Show aired a scathing segment mocking parents who choose not to vaccinate.
Action Alert! Contact the Centers for Disease Control and ask them to do more research on mumps, the MMR shot, and the vaccine schedule.