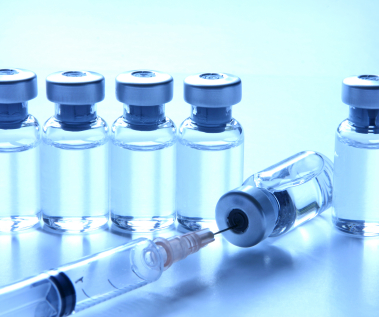 The crony capitalism in vaccines just gets worse. And don’t expect any help from so-called small government candidate Gov. Rick Perry. A state-
based action alert!


The US Department of Health & Human Services (HHS) has unveiled a new roadmap for increased vaccination and immunization for the 21st century, the National Vaccine Plan or NVP. It calls for new vaccines, at a time when children already get far too many vaccinations, especially when given all at once and at too young an age.

Why are the vaccines piled on top of each other in one doctor visit? Because the medical establishment is afraid to ask parents to bring their children back over and over again. So for reasons of “compliance” and “convenience” the child’s immune system  is assaulted all at once.

As we have pointed out, HHS would have more credibility if the government had not entered the vaccine business itself as a partner of major drug companies. Much of the funding for new vaccine facilities as well as new vaccines  is coming from the government itself; the government then legally requires parents to “consume” more and more of these products for their children.

This is a bailout for the drug industry, which is  financially ailing at the moment. It is crony capitalism at its worst, and it directly affects the most vulnerable population of all, our children.

Just before the NVP was unveiled, the Institute of Medicine released its first comprehensive safety review of vaccines in seventeen years. This was not a coincidence, of course. Predictably, the IOM said that vaccines can cause “certain side effects,” but serious ones appear to be “very rare”—with no link to autism.

Conspicuously, the evidence provided by around 5,000 families who had submitted cases to the US vaccine court claiming their children had developed autism following exposure to the MMR vaccine was quietly disposed of, the report indicating that the MMR/autism link “favors rejection.”

The report also avoided dealing with the case of ten-year-old Bailey Banks, which in 2007 proved a link between his MMR vaccine, a seizure sixteen days later, the subsequent development of “Pervasive Developmental Disorder (Not Otherwise Specified)” which the court—fully aware of the potential financial consequences for the vaccine industry—decided  was not an autism spectrum disorder (ASD). The fact remains that anyone observing Bailey would, from the medical records given in the case,  be unable to distinguish Bailey’s symptoms from other kids who had been diagnosed with ASD. This was simply another cover-up.

Despite the claim that vaccines are “generally safe,” even the IOM found convincing evidence of fainting, fever-triggered seizures, anaphylactic shock, a rare form of brain inflammation, shingles, pneumonia, hepatitis, meningitis, or, in the case of the chicken pox vaccine, chicken pox! There is no mention in the report of mercury in the flu vaccines, even in children’s shots or nasal inoculations, or the evidence that some vaccines do more harm than good. All this  suggests that the report is just another example of whitewashing for pharmaceutical interests.

(Keep in mind that the IOM is the agency that Senator Durbin would like to do the risk assessment on supplements and mandate labels—despite drug company money flowing to some scientists relied on by IOM, not to mention their abysmal lack of knowledge about supplements.)

One of the New Vaccine Plan’s objectives is to increase routine vaccination coverage levels for adolescents. For example, they want girls to have received three doses of human papillomavirus vaccine (HPV) by age 13 to 15 as means of preventing cervical cancer. This sounds reasonable until you realize of the 100 different types of HPV, only fifteen might someday develop into cancer; moreover, the Journal of the American Medical Association says the relationship between infection with HPV at a young age and later development of cancer is unknown. Of those fifteen potential cancer-causing strains, the vaccine targets only two: HPV-16 and HPV-18. In other words, the vaccine will have no effect on 87% of the HPV viruses that might potentially cause cancer, and the causal link between HPV and cervical cancer is far from definitive.

On top of the shocking lack of proof of the vaccine’s effectiveness are the mounting number of reports of “adverse reactions” from it. Dr. Diane Harper, lead developer of Gardasil®, one of the HPV vaccines, has stated that the HPV vaccine is associated with Guillain-Barré Syndrome, and has resulted in deaths. And she actually questions the effectiveness of the vaccine, and says, “Please push for full disclosure in consent forms so that parents and potential vaccinated persons can weigh the benefits and risks of the HPV vaccination from their own perspective.”

The HPV vaccine was approved by the FDA and was recommended by the CDC in 2006. In January of this year, the head of the CDC since 2006, Dr Julie Gerberding, resigned to become president of the Merck vaccine division, which makes Gardasil. In the meantime, legislators in at least 41 states and the District of Columbia have introduced legislation to require inoculation with, fund, or educate the public about HPV. Fortunately, many of the bills have not passed.

In 2007, Texas governor Rick Perry mandated the HPV vaccine by executive order—an unusual action from a presidential candidate who says he is against big government. It was noted at the time that he had received campaign support from drug interests.

When Perry more recently received spinal fusion and nerve decompression surgery to treat a recurring injury, he underwent an experimental injection of his own stem cells, a therapy that isn’t FDA approved, has mixed evidence of success, and can cost upwards of tens of thousands of dollars. Perry’s chief of staff said, “He feels [it] is certainly his right to determine the best course of treatment for him.” If so, why would he require HPV vaccines for young girls against their and their parents’ wishes? Does health freedom work for him but not others? Thankfully, Texas legislators passed a bill overriding the executive order, and Perry withheld his veto.

Unfortunately, Virginia now mandates the HPV vaccine for girls on or after their 11th birthday, and Washington, DC, mandates that all girls enrolling in 6th grade for the first time receive the HPV vaccine. Both jurisdictions have opt-out provisions, since HPV is not communicable in a school setting. Opt-out provisions are good, but they’re not enough. Many parents do not know their rights, are not educated about the relative dangers of the HPV or about the vaccine against it, or are scared or pressured into making their child take the vaccination anyway.

There is an HPV bill pending in New York. If you’re a New York resident, please contact your legislators immediately and stand up for parental freedom of choice in vaccines. People should be able to choose whether to vaccinate their children or not, and to make that choice on a case-by-case basis. New York’s bill, for example, doesn’t offer an option to opt out of just the HPV vaccine—you have to opt out of all vaccines through a philosophical exemption. This is especially galling to parents who feel that some vaccines are safe while others are dangerous, and would like to be selective in their choices.