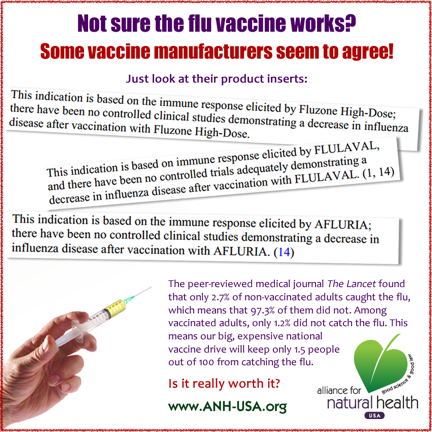 Some vaccine manufacturers seem to agree!


The CDC lists seven vaccines for 2012–2013 flu season. Of those, three of the vaccines acknowledge in their package insert that “There have been no controlled clinical studies demonstrating a decrease in influenza disease after vaccination.”

Two other flu vaccines, Intranasal Flu Mist and Fluarix Quadrivalent, are four-in-one vaccines which appear to be backed by some clinical trials. But as we reported last month, the peer-reviewed medical journal The Lancet found that only 2.7% of non-vaccinated adults caught the flu, which means that 97.3% of them did not. Among vaccinated adults, 1.2% caught the flu. This means our big national vaccine drive will keep a whopping 1.5 people out of 100 from catching the flu.

It would be helpful to have more data about the number of people vaccinated who go on to catch the flu. But the governments does not appear interested in gathering that data. 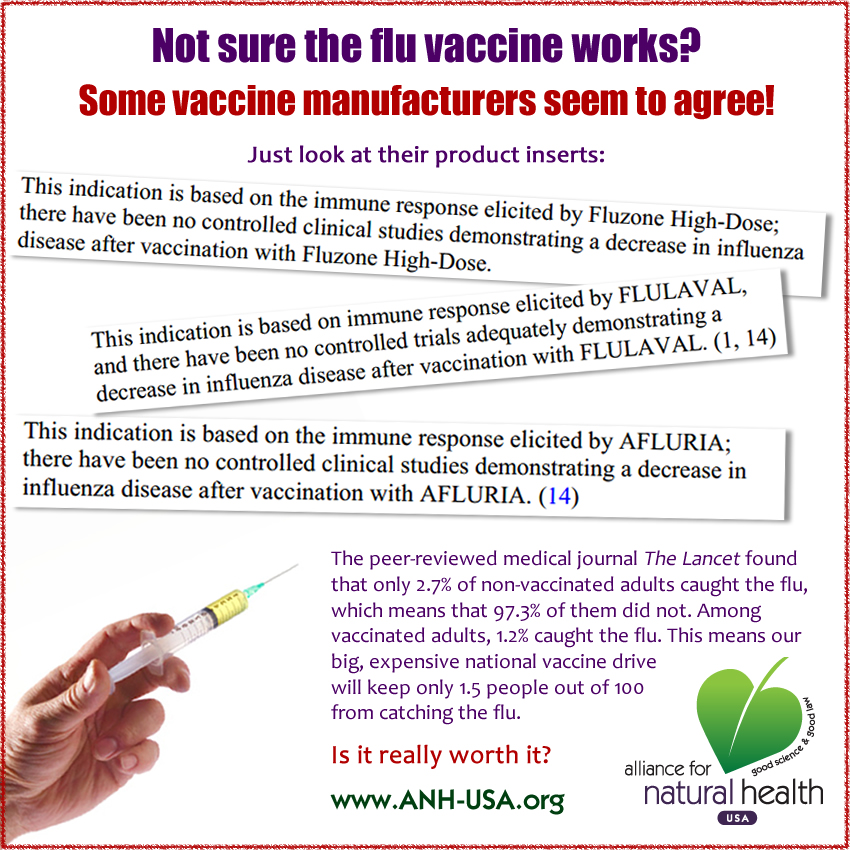 16 responses to “Not Sure the Flu Vaccine Works?”