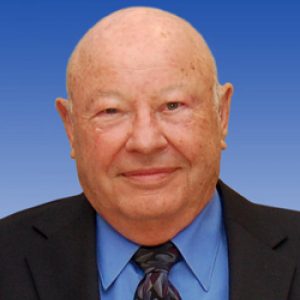 George J. Brewer, M.D., Morton and Henrietta Sellner Professor of Human Genetics and professor of internal medicine, was presented with the American College of Nutrition’s Master’s Award at the College’s 1999 meeting. Only the seventh Master’s Award in the College’s 40-year history, it recognizes a lifetime of excellence in research in the area of nutrition.

Brewer was selected on the basis of his long-term work on zinc and copper, and, more recently, on molybdenum compounds. In 1998, Brewer received the Raulin Award of the International Society for Trace Element Research in Humans. The Raulin Award is the Society’s highest honor and recognizes lifetime achievement in research on trace elements.

In 1997, the US FDA approved zinc for the treatment of Wilson’s disease, a disease of copper toxicity, based on Brewer’s studies. He is currently working on a new long-acting zinc tablet, on the causative role of copper in Alzheimer’s disease, and on developing tetrathiomolybdate as a copper-lowering therapy for a variety of diseases.