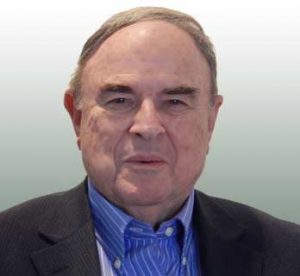 Following five years as an assistant and associate (tenured) professor of medicine at the University of Pittsburgh Medical Center where he became an established investigator of the American Heart Association, he returned to Georgetown Medical Center. He subsequently performed a 6-month sabbatical in molecular biology at the NIH in the laboratories of Dr. Maurice Burg. Dr. Preuss is now a tenured Professor in four departments at Georgetown University Medical Center – Biochemistry, Physiology, Medicine, and Pathology.

Dr. Preuss was elected the ninth Master of the American College of Nutrition (ACN). He is a former chairman of two ACN councils–Cardiovascular/Aging and Dietary Supplements/Functional Foods. After a brief stint on the Board of Directors of the ACN, Dr. Preuss spent three years as secretary-treasurer and three consecutive years as vice president, president-elect, and became president in 1998. In 2008 and 2010, he was twice reelected president of the ACN, the only president-elect to have held this office more than once.

Dr. Preuss is a member of the Board of Directors for the Alliance for Natural Health (ANH-USA) and also served as a member of the ANH’s scientific and Medical collaboration group. Dr. Preuss wrote the nutrition section for the Encyclopedia Americana and is past president of the Certification Board for Nutrition Specialists (CBNS) that awarded CNS certifications. He served as chairman of the Institutional Review Board (IRB) at Georgetown University that approves all clinical protocols at the University’s Medical Center for over 20 years.

Dr. Preuss is currently Chairman of the Scientific Advisory Board for NutraSpace.com. Dr. Preuss has received the Harold Harper Lectureship Award (ACAM), William B. Peck, James Lind, and Bieber Awards for his research and activities in the medical and nutrition fields. His current research, both laboratory and clinical, centers on the use of dietary supplements to favorably influence or even prevent a variety of medical conditions including those related to obesity, insulin resistance, and cardiovascular disorders. He is currently studying the ability of many natural products to overcome various infections, including those resistant to antibiotics.

His peers voted to award him the coveted Charles E. Ragus Award of the ACN for publishing the best research paper in 2006 and in 2010 received ACN’s 2010 Award for outstanding senior investigator in nutrition. In 2014, he received three Jonathan Emord Awards for his research in the fields of Medicine, Nutrition, and Integrative Medicine and, the same year, received ACN’s Presidential Recognition Award for outstanding service in the field of nutrition.