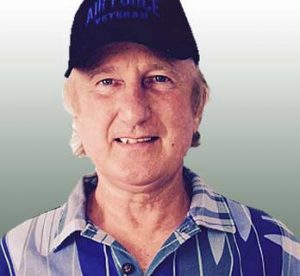 Robert A. (Bob) Beiswenger has a total of more than 32 years of military service with the Air Force, flying C-141s during most of his career. Bob became interested in alternative treatments because his wife came from a cancer-prone family. Unfortunately, when his wife was diagnosed with ovarian cancer, he discovered that he had to take his wife out of the “land of freedom” to a third world country for treatment. Read his story and you will understand why he has joined the fight for health freedom in this country.[Adapted from article, Texas Public Health Alert]

Do you believe there is a need for an “Access to Medical Treatment Act (AMTA)”?

My guess is that the majority of Americans do not believe so or at best are neutral. However, if you or a loved one has been faced with a serious illness, then you will be one of those who already understand the need for an Access to Medical Treatment Act (S. 2618/HR 2792).

A few years ago, a few months after our country was violently attacked on 9/11, I discovered that free access to medical treatment, a basic human right, did not fully exist in a land founded on principles of freedom. Living outside of Philadelphia, near Independence Hall and the Liberty Bell, not far from the Statue of Liberty and so close to our nation’s Capitol, this was a particularly hard pill for me to swallow.

I am a retired Lieutenant Colonel in the Air Force Reserve, and I began my military service in 1972 when I entered pilot training. After graduating from pilot training a year later, I was involved with the final years of the conflict in Vietnam, flying KC-135 (air refuelers) that brought back our fighters as the war came to a close. After that I served during the Cold War years, followed by operations into Grenada and Panama. I was then activated for a year to fly in Desert Storm and have been a full-time reservist up to the present day and the War on Terror.

These conflicts all involved the protection of freedom in some form – either for Americans or for others in the global community.

I am not, nor have I ever been, of an “activist” mentality, preferring to believe that things are well and, if not, there are people such as members of Congress and lobbyists working to improve matters. Fighting for “medical rights” is probably the LAST thing I ever thought I would be doing — but here I am.

Why? What events in my life led me to believe that there was a need for AMTA?

A few months after planes struck the World Trade Center towers and the Pentagon, more personal planes struck my life. One struck the tower of health: My wife was diagnosed with an advanced, Stage III, ovarian cancer. Five-year survival rates were a meager 20 to 40 percent. This disease, cancer, was the first plane that slammed into my life, working to destroy my wife’s health and separate us forever.

Knowing the poor outcome offered by standard medical treatment that involved chemotherapy, surgery, and radiation, we began looking elsewhere, seeking our options and alternatives to standard care. We learned about hyperthermia being used with good success in Germany; about a camphor derivative, 714-X, used in Canada; about herbal formulas and Laetrile in Mexico and numerous devices employing magnetic and electric fields used in Sweden, England and other countries in Europe.

None of these was heralded as a cure for cancer, because there often is no cure — which is why 1,500 Americans die each and every day from this disease. But these formulas and devices had helped others in their fight against cancer, and their success stories gave us hope.

It turned out, however, that hope was a second tower about to be destroyed by a second plane called bureaucracy, one built out of red tape and outdated laws.

After diligently pursuing and uncovering numerous options for treatments through reading books, talking with others, and scouring the Internet, my wife of 30 years would not have access to these treatment — at least not in this country.

We quickly found that due to well-intentioned regulatory requirements of the FDA, FTC, medical boards, and other agencies, the walls originally designed and built to protect and serve us were barriers that denied us access to treatments that offered us at least hope, if not more time together.

We believed that this was a decision to be made by us — ultimately my wife — and not by agencies bound by antiquated laws and red tape.

I believe that the time for the Access to Medical Treatment Act has come. The old laws we have need to reflect today’s world — a world in which cancer, AIDS, and other diseases are running rampant. A world in which deadly biological agents may be unleashed on our cities, challenging, if not overwhelming our medical community. A world in which the Internet has created a society that is better informed, much more than ever before, one where people will demand the best health care that the world has to offer. They will want to access all the treatment options that are available and should have the right to do that.

However, only new, updated legislation will allow this to happen. This is why I am proud to support The American Association for Health Freedom (www.anh-usa.org) and their efforts in creating and supporting bills such as AMTA. AAHF has a section on their website devoted to AMTA and an easy online action center where you can contact your representatives.

The time for the Access to Medical Treatment Act has come. I ask you, not only on my behalf, but on behalf of you, your families, and friends, and on behalf of all Americans to stand up and be counted as one of those who helped make it happen.