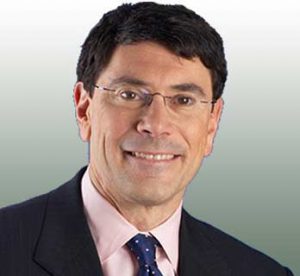 Dr. Ronald Hoffman is recognized as one of America’s foremost complementary medicine practitioners. He is founder and Medical Director of the Hoffman Center in New York City, author of numerous books and articles for the public and for health professionals, and is host of the popular nationally-syndicated radio program Intelligent Medicine.

He is active in several medical professional organizations, and is a past President of the country’s largest organization of complementary and alternative doctors, the American College for Advancement in Medicine (ACAM). He is a frequent guest on radio and TV, and is frequently quoted in popular magazines and newspapers. He is also called upon to lecture both to the public and to groups of medical professionals. On the personal side, his active lifestyle is an embodiment of the healthy principles he espouses.

Dr. Hoffman received his Bachelor’s Degree from Columbia College and his M.D. from Albert Einstein College of Medicine. He was trained in Internal Medicine at the Manhattan V.A. Hospital. He subsequently attended the Tristate School of Traditional Chinese Medicine and obtained New York State certification to perform acupuncture. He is a Fellow of the American College for Advancement in Medicine and the American Academy of Environmental Medicine, and is a Certified Nutrition Specialist of the American College of Nutrition (ACN).

Dr. Hoffman is one of the pioneers of complementary and alternative medicine. In 1985, he established the Hoffman Center as one of New York’s first comprehensive practices for the delivery of innovative medical care. As Medical Director of the Hoffman Center, Dr. Hoffman maintains a busy practice seeing patients and supervising the therapies administered by the team of health professionals he has selected and trained. Based on years of clinical experience and intimate familiarity with vitamins and herbal preparations, he has designed a line of nutritional supplements for Hoffman Center patients, now available to consumers.

Since 1987, Dr. Hoffman has been host of Intelligent Medicine (formerly Health Talk), the longest-running medical talk show on the air, heard weekends on Radio America. He also records the daily Internet podcast series Intelligent Medicine, which recently achieved a milestone of over one million downloads. Topics run the gamut from innovations in high-tech medicine, to diet, supplements, lifestyle and exercise. Dr. Hoffman’s entertaining format has gained a wide listener following, blending interviews, features, and audience Q & A.

Dr. Hoffman is also the author of several books, including the Diet Type Weight-Loss Program (1989); Seven Weeks to a Settled Stomach (1991); Tired All the Time? How to Regain Your Lost Energy (1993); Intelligent Medicine (1997); How to Talk with Your Doctor (2006); and most recently Natural Cures That Really Work (2007). He has also authored several health handbooks for the Keats Good Health Series on topics ranging from Lyme Disease, to Mitral Valve Prolapse, to Attention Deficit Disorder. Dr. Hoffman has written numerous articles for health professionals, including, most recently, a chapter on nutritional therapy in a medical textbook for rehabilitation physicians.

Dr. Hoffman is frequently called upon by the media as an expert on nutrition and complementary medicine. He was medical advisor to Longevity Magazine, fielded questions weekly on Fox 5’s “Ask the Doctor” in New York City, and was medical reporter for FX TV’s “Breakfast Time.” His articles have appeared in periodicals like Cosmopolitan Magazine, the New Life Times, and Conscious Choice, and he has been quoted in the Wall Street Journal, Self, New York Magazine, Bazaar, and many popular magazines and health publications. He has been interviewed for several PBS Specials, for UPN News, and recently was featured in a diet segment on Fox TV’s “The Pulse.”

Dr. Hoffman is a popular lecturer to the public. He regularly speaks to the Alumni Association of Albert Einstein College of Medicine and to New York and New Jersey Hadassah groups. He is the host of the annual WOR Health and Lifestyle Expo which draws hundreds of listeners from the Tri-State area. He has taught courses for the Learning Annex and the New York Botanical Gardens and has addressed the United Nations Council on the Health of Women and Children.

Dr. Hoffman also lectures to health professionals. He has presented at workshops and in the general session at the American College for Advancement of Medicine (ACAM) and for the American Association for Anti-Aging Medicine (A4M), and was a featured speaker at Expo West. He has been a guest lecturer to medical students at the Albert Einstein College of Medicine and at Cornell Medical School. He has offered talks for Continuing Medical Education credit to doctors at the Westchester County Medical Society and at the Lyons Veteran’s Administration Hospital in New Jersey.

Dr. Hoffman is active is several professional organizations and is a prominent advocate for the Intelligent Medicine approach to patient care. He is the immediate past President of the American College for Advancement in Medicine (ACAM), and former Program Director. He has served on ACAM’s Board for 12 years. He is a member of several other professional organizations including the American Association for Health Freedom, the American Academy of Environmental Medicine, and the American College of Nutrition. He is a board member of the Certifying Board of Nutritional Specialists, and serves on the editorial board of the Alternative Medicine Review. His efforts to support alternative medicine education have led to the establishment of the Ronald Hoffman Summer Scholarship Fund for students researching complementary approaches at Albert Einstein. Dr. Hoffman has served as national spokesperson for the highly successful radio advertising campaigns of Propax with NT Factor, Ester-C, Ginsana, and Garlique brand garlic, and has garnered numerous sponsors for his radio show. He recently completed a collaboration with the Vitamin Shoppe to develop a condition-specific MD Select line of nutritional supplements. His endorsements are highly sought after because of the trust he commands among consumers and health practitioners alike.

Dr. Hoffman endeavors to maintain a healthy lifestyle consistent with his beliefs. He is an inveterate exerciser and athlete, and enjoys running, strength training, swimming, cycling, skiing, sailing, kayaking and scuba diving. He has completed the New York City Marathon and dozens of triathlons. He follows a version of his own “Salad and Salmon” Diet, and has learned to avoid dairy, wheat and yeast products to alleviate allergies. Dr. Hoffman regularly consumes 12 to 15 different supplements per day, including his own formulations PhytoGuard and Foundation Formula. His daily routine includes morning yoga. And, while some wonder “how he does it all”, Dr. Hoffman devotes a considerable amount of time to relaxation, cooking his favorite foods, reading historical novels, hanging out with friends and family, and “just plain vegging”.

Dr. Hoffman was raised in Southern California, and came to New York City to attend Columbia College. He has remained a New Yorker ever since. He now divides his time between homes in Manhattan and Hampton Bays, Long Island.