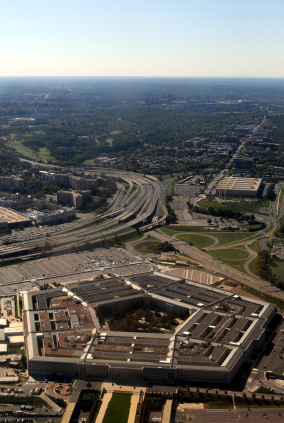 Why is the Pentagon developing and controlling vaccines? Will our troops become human guinea pigs for MIT’s emerging vaccine to block stress and fear?

In the aftermath of 9/11 and the 2001 anthrax attacks, the federal government decided not to let that crisis “ go to waste.” Allegedly to “better protect” civilians and troops against biochemical attacks, germ warfare, or pandemics (including normal, seasonal flu), it put the Pentagon squarely in the vaccine business.


According to a 2009 analysis commissioned by the second Bush Administration and conducted by the Tufts Center for the Study of Drug Development, there were two ways the government could ramp up its involvement in protecting against bio-terrorism and epidemics: hire more private contractors, or establish government-managed drug factories.

The analysis recommended the first option, as it was “less costly and timelier than constructing and operating” government-managed facilities. Option two was dubbed “the least viable,” as government-run facilities would cost hundreds of millions of dollars to build and operate, and even after paying for construction and operations, the Pentagon would still have to “buy” the resulting products from the drug companies operating the factories.

In view of this analysis, HHS continued to spend millions and millions of dollars working with Big Pharma on vaccine research and production, as they had previously. But the Pentagon wasn’t satisfied: they were absolutely determined to build and control their own vaccine factory—so much so that Assistant Secretary of Defense Andrew C. Weber was quoted as saying, “I want one of my own.”

The red flags here are immediately apparent. Do we really want the military making and then forcing vaccines on our troops, or even civilians? This is scary, not to mention a huge conflict of interest. Those who make, evaluate, and mandate vaccines should never be within one organization!

In addition, why would the Pentagon—which has faced budget cuts in recent years—choose the most expensive option, despite official recommendations against and its own history of huge cost overruns?

Since 2006, the DOD’s $700 million contract with DynPort Vaccine Co. to develop biodefense vaccines has not resulted in a single drug approved by the FDA. This is perhaps the good news. At least it means that vaccines haven’t been approved that should not have been. We should be grateful, given the FDA’s history of shoddy drug approval!

Also, why would the Pentagon see itself as being more qualified than HHS in knowing what drugs and vaccines America “needs?” Do they know something we don’t?

Whatever the motives, the Pentagon’s persistence paid off. Almost as alarming as the Pentagon’s new drug production capabilities is how the project was funded.

At first, Congress wanted no part of the project. In September 2011, the Senate Appropriations Committee nixed the entire $151.6 million for the Pentagon’s vaccine factory initiative because it was “duplicative” of HHS’s programs. But just three months later, a Senate–House conference committee approved $101.7 million, despite their concerns that these funds would be used for “redundant” programs.

What changed in just 90 days? Perhaps that answer can be found in looking where the factories were being built.

Members of Congress indirectly benefit from having “pork barrel projects” built in or near their district: they attract educated, skilled laborers; generate tax revenues; create jobs (construction, for example); and improve the local economy. Of course, it’s helpful to remind voters of these during election season.

Here, for example, are three government-sponsored vaccine plants being either built or expanded. Note how close they are to the districts of members of the House–Senate conference committee that approved the DOD’s project budget:


This effort was also supported by the Obama Administration, which “quietly shuffled” millions away from a budget to provide protective gear, tools to decontaminate gear exposed to biochemicals, and detection systems for our troops to fund the vaccine factory initiative.

The Pentagon’s self-production capabilities are particularly disturbing given the emergence of mind-altering vaccines. For example, MIT has discovered a possible “vaccine” against Post Traumatic Stress Syndrome (PTSD). The drug blocks the body’s production of the hormone that produces stress and fear. The implications of this drug are alarming: would we be less sensitive to what situations we expose soldiers to if they’re “immune” to PTSD? Could this vaccine eventually be made mandatory, and used to reduce stress and fear in the entire population? What kind of long-term consequences could there be to interfering with human chemistry to this degree?

We have already noted the scandal of how the Pentagon has handled soldiers returning from the battlefield with head injuries and PTSD. The standard treatment involves anti-psychotic drugs which have never had FDA approval for this use, which are unquestionably and extremely toxic, and which entail serious behavioral risks.

Meanwhile the Pentagon refuses our wounded troops the one therapy which is safe, effective, and FDA-approved (although not for this specific application): hyperbaric oxygen therapy (HBOT). Evidence for this therapy’s tremendous success is simply ignored, presumably because there is no big drug company behind it or potential for profit.

As we pointed out in September, nearly every hospital owns a hyperbaric oxygen chamber. Most of these sit empty and unused. Why in the world should we keep our troops sick or in pain when we have the means to ease and even reverse their condition?

We know that the government has a long history of crony capitalist arrangements with Big Pharma to develop, procure, sell, and market vaccines. However, with the president, Congress, and the Pentagon all investing in secretive, expensive, and proven-to-be-unnecessary vaccine plants, perhaps we’ve turned a disturbing new corner. The Pentagon should not be developing or controlling vaccines, which are mandated by the state, both for soldiers and children.

17 responses to “The Pentagon’s Vaccine Factories”