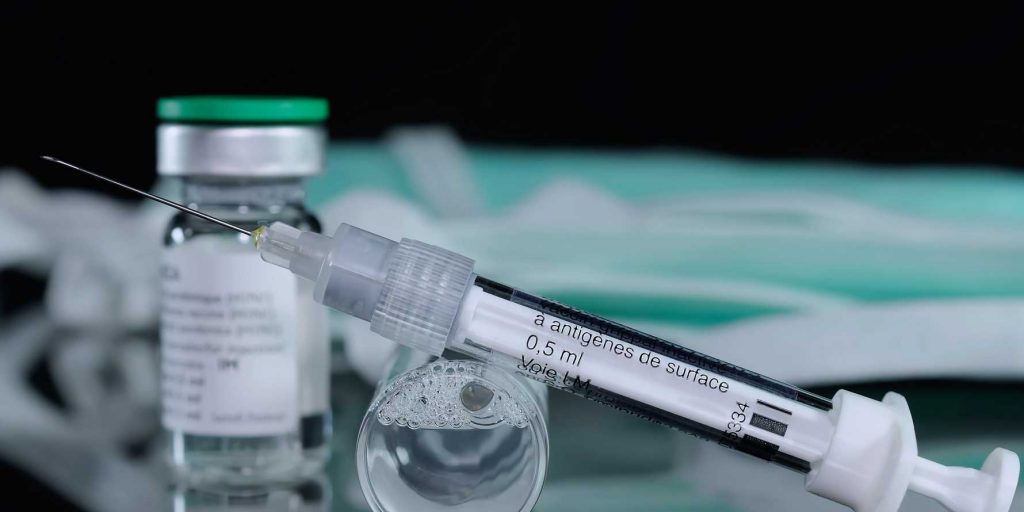 There’s new evidence of the harm they may cause—which is why we must stop California’s mandatory vaccination law. State-based Action Alert!
On July 1, California’s law eliminating all personal and religious exemptions to vaccinations for children attending any public or private school went into effect. Why did the law change? A pediatrician and zealous advocate for Merck’s vaccination schedule is behind mandatory vaccination. Dr. Richard Pan is a California legislator whose biggest donors are HMOs, doctors, insurance companies, and the California Medical Association, which ponied up $10k to fight his recall.
The new law forces every parent in California to get every single vaccination for their kids, whether they like it or not. If they do not comply, they are not only barred from public school. They are barred from private schools as well.
This law forces the state and every person in it to ignore the fact that there is no consensus on the safety of vaccines—at least, outside of the drug manufacturers themselves and the Centers for Disease Control (CDC)! (For more on the cronyism inside the CDC, see our companion article in today’s issue.)
Let’s look at the safety of aluminum, for example. Aluminum has been used in vaccines since the 1930s to jolt the body’s immune system into action, yet no one knows how it works. A report just published concludes that the adjuvant activities of alum (the aluminum salt used in vaccines) remain confusing because the material has been reported to act in so many different ways.
Aluminum is a well-documented neurotoxin linked to a number of neurodegenerative disorders such as dialysis encephalopathy syndrome, amyotrophic lateral sclerosis, and Alzheimer’s disease.
Knowing the toxicity of aluminum, you would think that rigorous safety testing has been done to prove that injecting aluminum into people, especially children with their developing brains, is safe. You would be wrong. It is supposed to be safe to inject aluminum because it’s been used for decades. But for most of those decades, our kids got far fewer shots—and at an older age.
The government also bases its safety claim in part on studies from the oral ingestion of the metal. But only about 0.25% is absorbed orally, while injection results in nearly 100% absorption.
New studies provide stunning information about what happens to aluminum after it’s injected into muscle. In some mice, but not others, it travels to the brain, where it can still be detected a year later. It also travels to the spleen and lymph nodes, where it can still be detected at 270 days after vaccination. This suggests that the adverse effects of vaccination can show up months later, and won’t be detected in blood samples taken at sixty days—as is so often done in clinical trials on safety. It also shows that the adverse effects of getting vaccinated can result in symptoms not even a trained doctor would connect to the vaccine given months earlier.
How many times have parents who insist that their kids’ sudden (or not-so-sudden) illness is connected to vaccination been dismissed by doctors when, in fact, they were right all along?
It’s a proven fact that the injection of aluminum into the human body can cause debilitating muscle and joint pain, chronic fatigue, not being able to think, and memory loss.
Animal studies show that repeated inoculation with aluminum-containing vaccines, in doses comparable to what children receive on the CDC schedule, causes severe neurological problems (restlessness, muscle tremors, loss of response to stimuli), altered expression of brain genes, and aluminum in the central nervous system tissue.
The FDA has set a limit on the amount of aluminum that can be in vaccines, but this number was based on the amount of aluminum required to enhance the effectiveness of the vaccine. The agency has not empirically determined the safest amount of intramuscularly injected aluminum, relying instead on the mere hope that current levels are safe.
In addition, the national vaccine schedule has never been rigorously evaluated for safety. This was the determination not of some “anti-vaxxer” group, but of the National Academy of Medicine (formerly the Institute of Medicine), which advises the government on issues relating to medicine and health. In a 2013 report, the Academy concluded, “Key elements of the schedule—the number, frequency, timing, order, and age at administration of vaccines—have not been systematically examined in research studies.”
Until more research is done to better determine the factors that make children vulnerable to potentially dangerous vaccine adjuvants, it is unethical to take away a parent’s right to choose what is best for his or her children’s health. Pending further study of the safety of vaccines and the vaccine schedule, Californians should demand that SB 277 be delayed.
You can go to our microsite (scroll to the bottom of the linked page) to take action, or click the button below.
State-based Action Alert! California residents, write to your state legislators and urge them to delay implementing SB 277 until more studies can be done to determine the safety of vaccines, especially the use of aluminum as an adjuvant. Please send your message immediately.

Other articles in this week’s Pulse of Natural Health:
Sneak DC Bill Alert
CDC Official Resigns after Crony Ties Exposed
Roundup Chemical in Our Food: Round Two of Testing

10 responses to “Why Are Vaccine Ingredients Not Being Tested for Safety?”