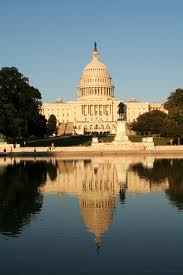 The senator’s latest volley has failed, but we can expect him to introduce something similar at the next opportunity.
Last month we told you about Sen. Dick Durbin’s stealth move against supplements—that he had proposed an amendment to an appropriations (budget) bill, which is a sneaky way of getting controversial laws passed without too much attention.
The amendment would have had the Government Accountability Office (GAO) assess the effectiveness and utility of the FDA’s adverse event reporting (AER) system, report to Congress on what actions FDA is taking to ensure that dietary supplement manufacturers are reporting adverse events, and also report on whether FDA has implemented the recommendations GAO made in its 2009 report on dietary supplements.
What’s especially sneaky about this is that the GAO’s report recommendations include increased supplement labeling regulations—one of the main goals of Sen. Durbin’s dangerous Dietary Supplement Labeling Act. It also recommends making a clear delineation between food and supplements—a first step toward treating supplements as drugs—another major feature of the Durbin bill.
The good news is that this sneaky amendment didn’t make it into the appropriations bill!
The bad news is that Durbin is both powerful and tenacious, and will almost certainly be introducing a bill or amendment that gets the same things accomplished some other way. We will, of course, continue to monitor the situation very carefully, so you can take appropriate action.

16 responses to “A Cautious Victory on the Durbin Amendment”