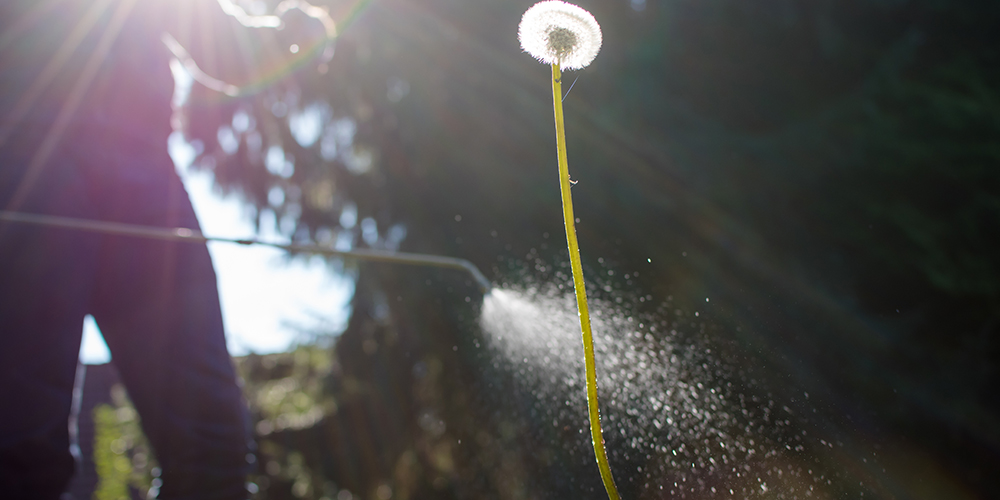 When will the US EPA ban this poison? Action Alert!

Mexico recently joined a host of other countries in phasing out the use of glyphosate, the active ingredient in the world’s most popular herbicide, Roundup. The US Environmental Protection Agency, however, has remained committed to protecting Big Ag and keeping glyphosate on the market; similar government cronyism from Congress and the USDA has allowed Big Food to hide the GMO content of food. These are two more examples of the government undermining our health—we must push back.

The US court system has affirmed the danger of glyphosate. There have been multiple decisions to award plaintiffs tens of millions of dollars who have been made sick by glyphosate: Dewayne Johnson was awarded $78 million after a jury found that Bayer/Monsanto failed to warn consumers of cancer risk from use of Roundup; a year later in a separate case, a husband and wife were awarded $87 million after a jury found that Roundup caused their illness.

Glyphosate is of course inextricably linked with genetically modified foods; crops are genetically modified to withstand being sprayed with Roundup. We know that Congress sold the American public up the river by passing an industry-friendly GMO “labeling” bill that allows industry to obfuscate the contents of food in a scannable QR code that most people won’t see.

There is some hope. A group of organizations and retailers, including the Center for Food Safety and Natural Grocers, have sued the USDA over the GMO labeling rule. The lawsuit makes a number of arguments that echo many of the points raised by ANH when the USDA’s labeling rule was initially released. The suit challenges the use of QR codes, the USDA’s insistence on the term “bioengineered” when most people better understand the terms “GMO” or “GE,” and the exclusion of highly refined GMO foods from the labeling requirement.

Federal agencies are more than happy to keep dangerous products like Roundup and genetically engineered foods on the market, but spring into action when doctors discuss the proven benefits of natural medicines, such as censoring a nutritionist for sharing basic information about what studies are saying about the importance of vitamin D for COVID-19. We need to reform a healthcare system that not only bars the use, but even the mention, of natural remedies that have not been, and never can be, put through the multi-billion-dollar FDA approval process.

Action Alert! Sign our petition to remove glyphosate from the market. Please send your message immediately. By sending this message, you will also be supporting our petition to ungag doctors so that they can share with patients the benefits of supplements and natural treatments for COVID.

15 responses to “Carcinogenic Glyphosate Banned in Mexico, But Still ‘Safe’ in US”