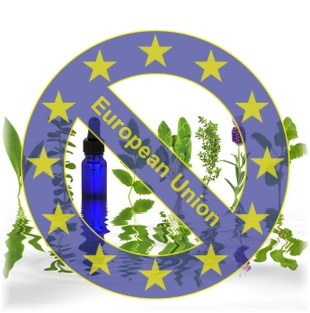 (Revised March 3, 2011)
Our European Office, is preparing for a legal challenge against EU herb laws.
As we reported to you last November, thousands of products associated with traditional medicine will soon become illegal throughout the European Union (EU). And more and more, EU legislation influences US domestic policy, especially where health-related laws are concerned. The EU threat to herbal medicine is real, and we urge you to take stock of what’s going on so we can collectively jump in the minute anything similar emerges from US regulators. After all, it was that joint action from consumers and health organizations back in 1994 that has kept US regulations over dietary supplements relatively sane. But let’s not forget that this kind of freedom needs to be fought for every step of the way.
Here’s what our colleagues in the ANH Europe office are able to relay to you.
The EU has passed a stunning 139,338 directives, regulations and decisions since 1980. While it previously allowed European countries (now referred to as EU “member states”) to make up their own rules controlling natural healthcare products, there has been a push since around 2000 to control this area by rules formulated primarily by unelected bureaucrats in Brussels.
One of the laws that is set to devastate herbal medicines and products EU-wide, the Traditional Herbal Medicinal Products Directive (THMPD, also known as Directive 2004/24/EC) successfully passed into European law back in 2004. The law will be implemented fully on May 1 this year, and ANH-Intl has exhausted all options other than legal challenge in its efforts to protect the fundamental rights and freedoms of European citizens.
Under this Directive, Napoleonic law rules. Napoleonic law forms the basis of most EU laws and in effect means you’re guilty until proven innocent. Apply this to products, it means a product is banned, unless it is specifically allowed. The drama for so many herbal products is that they are incapable of getting through the obstacle course set by the Directive. Many are locked out because they don’t meet the narrow eligibility criteria. Others, particularly complex herbal combinations, are knocked out because they can’t be made to meet the technical requirements better suited to single ingredients. A further major obstacle is the cost, prohibitive for most of the smaller players and traditional medicine manufacturers or suppliers. If it wasn’t so difficult to get a license, there of course wouldn’t be a problem.
The prime beneficiaries are the large European phytopharmaceutical companies who are getting a relatively small number of licenses, primarily for their alcohol extracts. Only a very small proportion of the around 200 products licensed so far across all twenty-seven EU member states contain whole plant material, and many are stuffed full of synthetic excipients that most of us would choose not to put in our bodies! These include additives as unpleasant as benzoate preservatives, sweeteners like sodium cyclamate (banned in the US) and aspartame, detergents like sodium lauryl sulphate, and polymers like polyvinyl pyrrolidone and polyvinyl alcohol, the latter having question marks over its potential carcinogenicity.
Only a tiny fraction of the total number of medicinal herbs have so far managed to get through the EU door. Currently, fewer than 50 species of medicinal plants are included in registered products, and that’s out of considerably more than 1000 that are regularly used by humans medicinally! Since the rules appear to have been set up to benefit the European phytopharmaceutical companies, it’s no surprise—but nonetheless a travesty— that not a single authentic herbal product from any of the non-European traditions has yet been registered. That equates to zero products from Ayurveda (India), Tibetan, traditional Chinese medicine (TCM), Amazonian, or southern African traditions, these being among the most well established in the world.
ANH-Intl is preparing to challenge these herb laws in court. It has nearly raised the money it needs for the first stage of its challenge in the UK courts, where the objective is to have the case referred to the European Court of Justice. We passionately believe that, as citizens and advocates of natural health, we must use all the means we have at our disposal to ensure justice is brought to bear.
This European law has a host of problems. Among these, it doesn’t do what it originally set out to do, which was to provide a suitable framework for all herbal traditions. To axe the most important, non-Europeans ones by setting an obstacle course that can’t be negotiated except by a few, is not justice. It is also in breach of a whole gamut of European laws that aim to promote fairness, proportionality, and transparency while also preventing discrimination.
If any readers are interested in this case and want to offer any support, be it financial or moral, ANH-Intl would be very glad to hear from you. You can find out more or you can email [email protected] and put “Herb law” in the subject line.
You can also donate online, and any amount would be gratefully received. All funds are being used exclusively to fund legal costs and not the running expenses of ANH Europe’s ten concurrent campaigns.

68 responses to “Dark Times for Herbal Medicine in Europe”