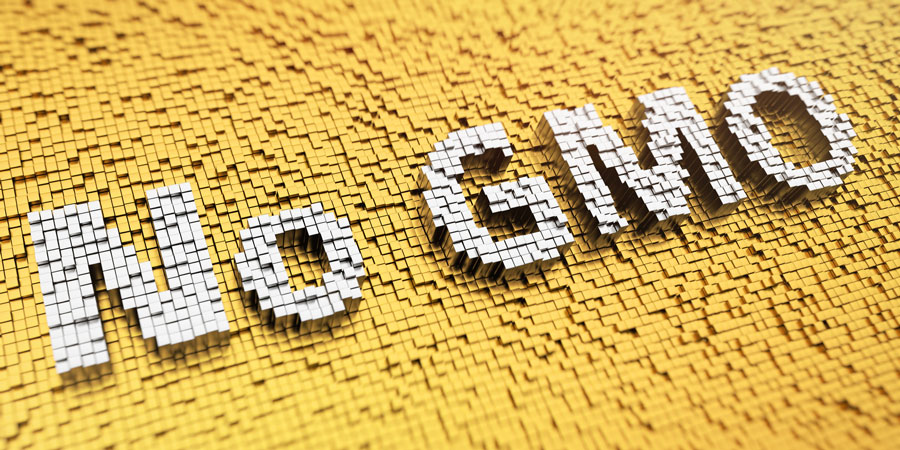 This dangerous, biotech-industry-friendly GMO labeling legislation is on its way to the Senate, but the fight is far from over. Action Alert!
As we reported last week, Rep. Mike Pompeo (R-KS) introduced a bill that has been championed by the Monsantos of the world, not to mention the Big Food industry. The deceptively titled “Safe and Accurate Food Labeling Act of 2015” would preempt state efforts to pass mandatory GMO labeling laws with a completely voluntary standard. It would also block communities and states from banning the cultivation of GMO crops.
A voluntary standard? What company that uses GMO ingredients would voluntarily disclose that fact? You may remember the devastating quote from an employee of a Monsanto subsidiary back in ’94: “If you put a label on genetically engineered food, you might as well put a skull and crossbones on it.” In other words, if it’s voluntary, consumers will never see a label containing the information they have overwhelmingly said they want. That’s why pro-labeling advocates have called the bill the “DARK” (“Deny Americans the Right to Know”) Act.
Late last week, by a vote of 275 to 150, the DARK Act passed the House, and is now on it’s way to the Senate. While it still is unclear if the Senate will consider the DARK Act or take up a similar bill that is reportedly being written by Sen. John Hoeven (R-ND), any step forward for this bill is dangerous for the 93% of Americans who want to know what’s in their food.
We will continue to track the DARK Act through the Senate, but if the bill continues to move, it will likely go to the House floor again. We need to dissuade those who supported this measure from doing so again.
Action Alert! “Thank—or spank” your representative, depending on how he or she voted! Say thanks if your representative voted against the DARK Act—or “spank” your representative, voicing your disappointment, if your congressperson voted in favor of it, and urge him or her to reconsider that support when the bill comes back to the House floor. Simply click the “Take Action” button, then fill in your zip code to find out which way your representative voted. Please send your message immediately.