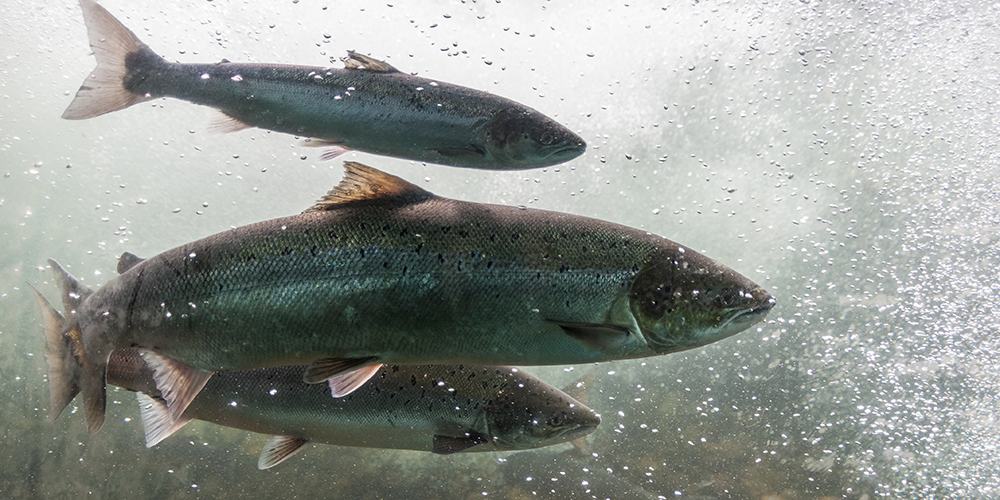 This is a major victory for American consumers. Action Alert!

The U.S. District Court for the Northern District of California has ruled that the FDA violated environmental laws in approving genetically engineered (GE) salmon. This is a major victory, especially considering that, given the sham GE food labeling law that Congress passed, the GE salmon would not be required to have clear labeling that it was genetically altered.

The crux of the court’s decision is that the FDA did not adequately consider the environmental risks of GE salmon. When GE salmon escape into the environment, the GE species could threaten wild and endangered salmon species through cross-breeding or outperforming endangered species for scarce resources and habitat.

The approval of GE salmon would make the issue of transgenic contamination—when GE species contaminate non-GE plants or animals—even worse. This has already cost farmers millions of dollars over the years when organic crops are contaminated by GE crops.

If the approval of GE salmon wasn’t bad enough, the sham labeling bill would allow companies to hide the fact that the salmon was genetically altered in a scannable QR code which few consumers ever use. Cronyism is at the center of this: Congress caved to Big Food, which has a vested interest in keeping Americans in the dark about the contents of food.

This is just one way that cronyism is threatening our health: we’ve also been telling you about the federal government’s censorship of doctors who try to inform the public about natural ways of preventing and treating COVID-19 infection. We must fight back against the many ways in which government cronyism prevents us from using clean, organic foods and inexpensive natural medicines to stay healthy.