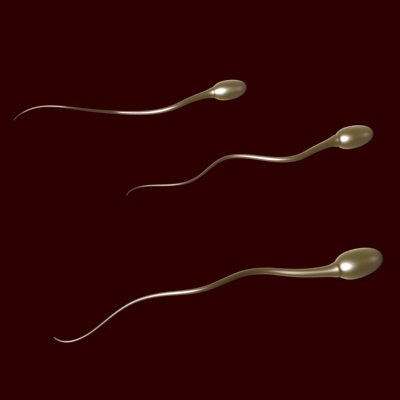 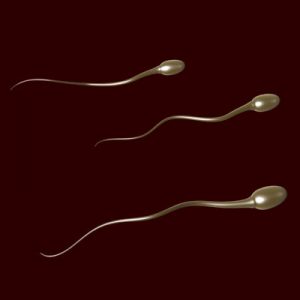 GMO foods could make it worse.

Testosterone deficiency is a serious health issue. It can lead to loss of stamina and lean muscle mass, reduced libido in both men and women, anxiety, depression, and cognitive decline. Growing research also suggests low testosterone levels might be linked to insulin resistance, metabolic syndrome, and type 2 diabetes.
Many of the herbicides and pesticides used in conventional farming are “environmental estrogens.” This means that their molecules mimic the activity of the human hormone estrogen, too much of which is not good for men or women; it also affects testosterone levels. Now GMO crops have likely exacerbated this problem. According to a recent animal study published in the journal Toxicology in Vitro, glyphosate (the active ingredient in Roundup, Monsanto’s widely used pesticide) often leaves a residue on Roundup Ready crops—and this can affect testosterone levels and men’s sperm counts. It is actually toxic to testicle cells, and significantly lowers testosterone synthesis.
In addition, GMOs themselves may cause infertility. In a brand new Russian study on hamsters, scientists observed that consumption of GM soybeans tended to slow their sexual maturation process and completely eliminated their ability to reproduce within just a few generations. An Austrian study uncovered similar infertility in third-generation mice that consumed GM corn.
Most people think of testosterone as being a men’s issue, but women also need it in lower levels. Too low levels have been linked to osteoporosis, muscle loss, and a weakened sex drive. For women, too much or too little testosterone can inhibit fertility and complicate pregnancy as well as reduce interest in sex.
Men’s sperm counts are falling dramatically in modern society. In 1940, sperm counts were typically well above 100 million sperm cells per milliliter. According to a Danish study, they have dropped to an average of 60 million per ml. Other studies find that between 15 and 20% of young men have sperm counts of less than 20 million per ml.
Despite all this, the biotech industry is fighting tooth and nail to keep these toxic, genetically engineered foods on your dinner plate. They are desperate to keep you from knowing what you’re eating—that’s why they, together with Big Food companies , are spending shocking amounts of money to keep GMO foods from being labeled as such.
Labeling GMOs is especially important now that we are seeing so many other health problems from GMO foods. In a ten-year long study on rats, mice, pigs, and salmon, scientists in Norway found that genetically engineered soy and corn causes obesity. It also causes significant changes in the digestive system and major organs, including the liver, kidneys, pancreas, and genitals. Rat and hamster studies have also found that the animals become sterile by the third generation.
Animals fed genetically modified soy and corn—specifically, soy and corn containing toxic proteins from the bacteria Bacillus thuriengensis, which kills insects that damage corn, soy, cotton, canola and other crops—were seen to be less able to digest proteins due to alterations in the micro-structure of their intestines. They also suffered immune system alterations.
On top of that, glyphosphate (the herbicide used on genetically modified soybeans) may be causing birth defects in animal fetuses. Roundup-Ready GMO soy is Argentina’s main crop, and Monsanto’s Roundup weed-killer is used in great quantities. Now scientists are seeing brain, intestinal, and heart defects in amphibian embryos. The scientists say the results “are completely comparable to what would happen in the development of a human embryo.”
Labeling GMO is a must. Please take action now to stop the Big Food companies that are selling so-called natural products from spending millions of dollars to deprive you of your right to know what foods contain GMO. Please take action now.

22 responses to “Male Fertility May Be in Trouble: Testosterone and Sperm Counts Plummet”