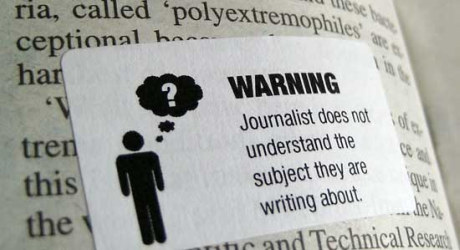 Natural health diets depend completely on the honeybee. Industry money infiltrates science once again, as the likeliest culprit behind the worldwide collapse of bee colonies is revealed—and it’s not what the New York Times reported!

Since 2006, as many as 40% of the bee colonies in the United States alone have suffered Colony Collapse Disorder (CCD), in which disoriented honeybees die far from their hives. The CCD mystery has kept scientists, beekeepers, and regulators desperately seeking the cause.
The honeybee, which some have called “nature’s ultimate utility player,” pollinates a third of all the food we eat and contributes an estimated $15 billion in annual agriculture revenue to the US economy. Fresh fruits and vegetables, in particular, would not exist without honeybees—which is one reason we, as proponents of natural health, are so concerned about honeybee health. The NRDC helpfully offers a list of the crops, fruits, nuts, and vegetables that honeybees pollinate. If honeybees die off, one-third of the world’s food will disappear—and impoverished nations may experience famine unlike anything we’ve seen before.
Possible suspects in Colony Collapse Disorder have included pests, viruses, genetically modified food, fungi, and especially pesticides—particularly neonicotinoids, a class of neurotoxins that kills insects by attacking their nervous systems. For years, their leading manufacturer, Bayer Crop Science—a division of the German pharmaceutical giant, Bayer AG—has tangled with regulators and fended off lawsuits from angry beekeepers who allege that the pesticides have disoriented and ultimately killed their bees. The company has countered that, when used correctly, the pesticides pose little risk. Bayer Crop Science proudly calls itself “one of the world’s leading innovative enterprises in crop protection, seeds, biotechnology, and non-agricultural pest control.”
Last month, the front page of the New York Times proclaimed, “Scientists and Soldiers Solve a Bee Mystery”—a new study has decided that a fungus tag-teaming with a virus is killing the bees. What the Times article did not explore is the relationship between the study’s lead author, Montana bee researcher Dr. Jerry Bromenshenk, and Bayer Crop Science.
That relationship was the subject of a recent shocking exposé by CNN. Bromenshenk had signed up to be an expert witness for beekeepers who brought a class-action lawsuit against Bayer in 2003. He then dropped out—and immediately received a significant research grant from Bayer to study bee pollination, which has continued in recent years.
It’s one thing for a newspaper to miss the connection. It’s quite another for the researchers, published in the online science journal PLoS One, not to disclose such a material conflict of interest. It should come as no surprise that Bayer pesticides were never mentioned in the study as a potential cause of CCD.
Interestingly, there have been very few reported bee losses among organic beekeepers. If the principal difference between them is the use of pesticides, this fact in itself should lead anyone to the most logical conclusion: pesticides are likely responsible for CCD.
As National Geographic notes, in the last fifty years the domesticated honeybee population has declined by about 50%. Demand consequently far outweighs supply: every year, California almond growers must import honeybees from other states to pollinate their $2.3-billion-a-year crop, using more than half of all the honeybees in the US, according to the NRDC.
In addition to bees’ pollinating ability, we also rely on their honey. Not only is it a delicious sweetener, it’s also a disinfectant for wounds (particularly specialized honeys such as manuka, which can wipe out antibiotic-resistant bugs), and an aid for stomach problems and for cough. There’s also propolis, a resinous substance collected from the buds of certain trees and used as a cement or sealant in the construction of hives; it’s sometimes called “bee glue.” It’s a unique antibacterial, antifungal, and antiviral agent, which we humans can use both topically and internally.
Industry money tarnishing science is nothing new. Here are some of industry’s greatest hits:

Moreover, ProPublica recently released a report noting that not only are many doctors on the Big Pharma payroll, but many of these same doctors are paid very large sums despite blemished records and limited credentials.
ANH-USA will continue to shine a spotlight on the hijacking of science by industry through such techniques as ghostwriting—medical researchers employed by the pharmaceutical industry to understate the treatment’s risks and promote unapproved uses for the drug.