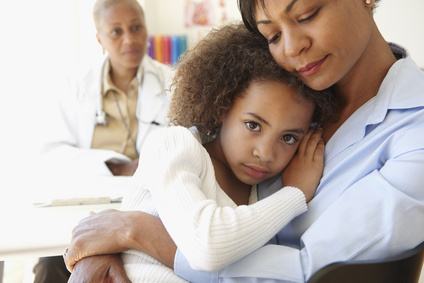 Be careful in seeking a second opinion about your child in a hospital. The hospital (through the government) may all too easily remove you as legal custodian.
Imagine your child is deathly ill. Doctors have a diagnosis and treatment plan. You, naturally, want a second opinion. When you mention the idea of moving your child to another facility, custody of your child is permanently revoked and handed to the state. You lose the ability to decide what drugs, surgeries, and treatments your son or daughter will receive.
This nightmare has become painfully real for parents across the country. Increasingly, hospitals are accusing caretakers of medical child abuse, also known as Munchausen Syndrome by Proxy, in order to seize control of a child’s medical fate.
Medical child abuse, a very real and serious (although extremely rare) condition, is when a parent either fabricates or induces illness in their child in order to gain attention, or fails to obtain needed medical care. The abuse is considered most dangerous when it results in “needless medical intervention.” (Based on these criteria, however, it seems that many hospitals and doctors could rightfully be accused of medical child abuse!)
Perhaps the best-publicized accusation of medical child abuse is the case ofConnecticut teen Justina Pelletier. To date, Justina has been in the custody of the state of Massachusetts—separated from her family and friends—for the past sixteen months.
In 2010, doctors at Tufts Medical Center diagnosed Justina with mitochondrial disease, which is genetically inherited via the mother’s RNA (Justina’s sister was diagnosed as well). Justina’s symptoms included slurred speech, difficulty walking, and severe digestive problems. In 2013, Justina’s parents sought out a gastroenterologist at Boston Children’s Hospital to aid in her treatment.
Almost immediately, the doctors at the Boston Children’s ruled out mitochondrial disease and diagnosed Justina’s symptoms as psychosomatic—that is, they felt her symptoms were caused by mental illness and stress brought on by her parents, not a disease. Further, they accused Justina’s parents of subjecting her to dangerous and unnecessary medical treatments.
How absurd! If it was Tuft’s doctors who misdiagnosed Justina, why would the parents be held responsible for responding to that diagnosis?
When her parents disagreed with Boston Children’s diagnosis and attempted to discharge her, the hospital reported Mr. and Mrs. Pelletier for medical child abuse. The state of Massachusetts seized custody of Justina, and placed her in a residential psychiatric facility. Her condition deteriorated—in under two years, she went from being a competitive figure skater to being confined to a wheelchair—and her parents were permitted only hour-long supervised visits, while the Tufts doctors who diagnosed Justina originally were not permitted to see or evaluate her.
In March 2013, a Massachusetts judge awarded the state permanent custody of Justina, meaning they would have full control of her life until she turned 18. Based on “extensive psychiatric and medical testimony…the court has found that Justina suffers from a persistent and severe Somatic Symptom Disorder.”
Why is a state judge diagnosing a child? The diagnosis for SSD is highly subjective: it’s when a child, suffering from real symptoms, “display[s] a severe preoccupation with having a physical illness.” It seems obvious that a suffering child would become worried and obsessed about her illness—particularly when isolated from family and friends!
Further, in his ruling, Judge Joseph Johnson claimed that Justina’s parents were unfit for custody because they “stated their child was being kidnapped by Children’s Hospital,” and “threatened to have hospital personnel’s licenses revoked.” Essentially, the judge decreed that Justina’s parents were unfit because they were fighting to regain custody of their child and obtain proper treatment for their child—instead of standing meekly by until the state had finished with her.
On June 8, the Pelletier family released this video of Justina begging to go home:

On June 12, in what Justina’s attorneys are calling a “dramatic reversal,” the Massachusetts department of child welfare filed a motion agreeing that Justina should be returned to her parents. However, the courts will have to agree with the department in order for Justina to be released. A ruling should be made on or before June 20.
We wish that the Justina Pelletier case were an isolated incident. It is not—there are other, less well known cases where the facts are harder to discern. These cases have alarming implications for parents—particularly those in the natural health community. It’s easy to see how accusations of medical abuse could be a way of blackmailing parents who are wary of conventional medicine into accepting inpatient care, risky treatments, and even vaccinations. There are many parents who may wish to seek a second opinion before exposing their child to pharmaceuticals and dangerous hospital environments. Furthermore, as these cases become increasingly publicized, parents may become reluctant to bring their children to hospitals for care.
We’ll be sure to monitor and report back on this trend as it develops. In the meantime, you may want to brush up on your rights as a patient and as the parent of a patient. Don’t be surprised if you have a lot fewer rights than you thought.

51 responses to “A New Era of Medical Blackmail”