Overview
About The Science

Overview
With hundreds of thousands of seasonal flu-related complications, thousands of deaths from the flu, ANH-USA asks the obvious question: What are the Centers for Disease Control (CDC), the Food and Drug Administration (FDA), the National Institutes of Health (NIH), and Health and Human Services (HHS) doing about it? The answer: Not much!
Our goal is to persuade the CDC, FDA, NIH, and HHS to step up to the plate and help educate the public about the critical role Vitamin D plays in preventing and treating the seasonal and H1N1 flus along with many other health problems. In particular, we are asking the CDC, FDA, HHS, and 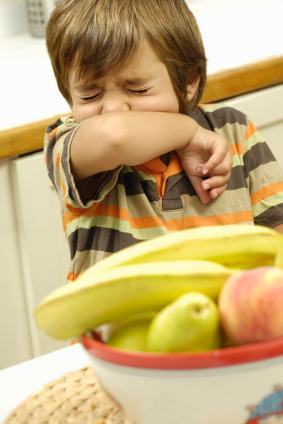 NIH to issue statements outlining the immense benefits to be gained from supplementation during the flu season. In addition, HHS should update the government’s web site, www.flu.gov to include well established facts about Vitamin D.
Studies show that least one-third of Americans are wholly deficient in Vitamin D. We all need to maintain adequate levels of Vitamin D year-round, not just during flu season. The government has an important role to play in getting this message out, but says nothing at all.
In anticipation of the government’s programmed response – that even more research needs to be done – we are also asking the CDC, FDA, NIH, and HHS to support and fund additional research on the importance of maintaining adequate levels of Vitamin D, including the link between Vitamin D and flu prevention and treatment.
Why is the government utterly silent about Vitamin D and its benefits? Could it be because big corporations are not pushing such an inexpensive and readily available form of prevention and treatment? Whatever the reason, the government’s silence is shameful. Please sign our petition to these agencies now.  Take Action Here

Vitamin D is safe and effective for the prevention and treatment of seasonal and H1N1 flus. The scientific research is clear. Yet CDC, FDA, NIH, and HHS continue to tow the vaccine only line, working in close partnership with vaccine manufacturers who will make billions of dollars and who have been shielded from any liability by Congress.
This obsession with a vaccine approach makes little sense given the lack of time to test the vaccine for safety and efficacy and the challenge of producing enough vaccine on time. It makes even less sense when there are natural ways to prevent and treat the illness that have been thoroughly validated by science.
We are all familiar with the adaptive immune response. Our bodies mount a defense against a new invader and then maintain antibodies against future attacks by the same invader. This is exactly how vaccines are meant to work. But for such an immune response to work, your own immune system has to be primed and ready to do its job. Good nutrition is critical for this. Vitamin D-3 is especially critical. Your immune system will not work without it.
Common sense tells us that what we eat will strengthen or weaken our immune systems.  But even the best diet will not give us the amount of Vitamin D needed for the immune system to reach its full potential.

What Exactly Does Vitamin D Do?

When Vitamin D is lacking, we become a prime target for flu. By contrast, those with sufficient levels of Vitamin D are able to fight off or throw off these attacking pathogens. Vitamin D boosts the innate immune response in many ways, but in particular by turning on an antimicrobial protein.
Vitamin D also balances the immune response, preventing inflammation that can lead to flu-related complications such as bacterial pneumonia or lung infection. Inflammation was the leading cause of deaths in the 1918 influenza pandemic.
Our Vitamin-D mediated immune response has been with us through more than 60 million years of pre-human and human evolutionary selection. It must be critical to our survival, according to researchers at Ohio State University .
Flu is at least in part a Vitamin D deficiency disease. But the benefits of this wonder supplement go far beyond the flu. As John Cannell, MD, founder of the non-profit Vitamin D Counsel, has noted: “Current research has implicated vitamin D deficiency as a major factor in the pathology of at least 17 varieties of cancer as well as heart disease, stroke, hypertension, autoimmune diseases, diabetes, depression, chronic pain, osteoarthritis, osteoporosis, muscle weakness, muscle wasting, birth defects, periodontal disease, and more.” We join the Vitamin D Council in urging our government to break its silence about this wonder supplement.