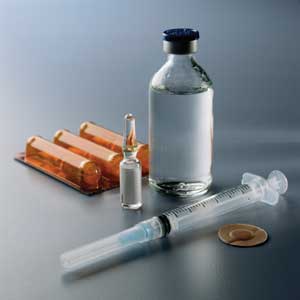 The CDC says 1 in 3 US adults will be diabetic by 2050. But the ADA—the supposed authority on diabetes—is providing seriously misguided information on how to manage and reverse the disease.

The Centers for Disease Control and Prevention estimates that there will be nearly 140 million diabetics in this country within the next 40 years. But the true number of diabetics will be much higher, because the conventional test for diabetes does not detect the disease until it’s in its advanced stages, and most doctors don’t perform more sensitive diagnostic tests necessary for early diagnosis. According to research done by Bill Faloon at the Life Extension Foundation, more than 75% of people over the age of 40 suffer some degree of pre-diabetes.
The good news is that diabetes and pre-diabetes can be controlled and even reversed, preventing kidney failure, limb amputation, and blindness. The risk of cardiovascular diseases could also be greatly reduced by better management of diabetes. And of course, the earlier it’s caught, the easier it is to get it under control.
The standard American diet tends to create insulin resistance, leaving higher levels of blood sugar to circulate in the system for longer and longer periods of time, wreaking havoc in the body and leading to organ damage. (Here is a brief animation showing how insulin regulates the amount of blood sugar is allowed in to our cells.)
While a poor diet and lack of exercise are the chief causes of most US cases of diabetes, anything that interferes with the complex mechanisms that the body uses to regulate blood sugar may also contribute —including heavy metal or mercury toxicity, prescription drug interactions, mineral deficiency (especially magnesium and chromium), Candida overgrowth, and low stomach acid, all of which are common.
A number of other factors may increase insulin resistance as well, including vitamin D deficiency, infections, celiac disease, gluten sensitivity, increased weight gain, stress, and puberty, as well as environmental contaminants like air pollutants, BPA, dioxin, PCBs, nitrates and nitrites, phthalates, and some pesticides.
In other words, it can happen to any of us—even if we think we’re following a sterling diet. Because so many of these causes can be “silent,” and because diabetes itself is generally “silent” until much damage has been done, everyone should be tested for diabetes.
Here’s where the American Diabetes Association (ADA) is completely dropping the ball. They want us to test. But their test recommendations are all wrong. To understand why, we need to provide a bit of background on the tests.
The main screening for diabetes is one’s fasting blood sugar levels, that is, glucose levels upon awakening, before breakfast. An optimally functioning metabolism will have fasting glucose levels of no more than 85 mg/dl, though the standard laboratory references call a reading of up to 99 “normal,” which is really too high. Also, blood sugar levels after meals should never spike more than 35 or 40 points above one’s fasting level, and should return to near-fasting level within two hours of eating.
The problem is, as one’s blood sugar starts to go awry, after-meal blood sugars can swing into the diabetic range at the two-hour mark. But because doctors typically only measure the fasting glucose, they don’t see this and miss the opportunity for early diagnosis and a higher likelihood of reversal. Blood sugars can swing this way for years before the fasting levels rise to the diabetic range, and at that point, the person usually has some diabetes-related complications.
A better test is a glucose tolerance test, where you are given a sugar drink and then have your glucose levels measured at one and two hours. Or you can purchase an inexpensive glucose meter at the drugstore and check your own levels two hours after meals, especially meals high in sugars or carbohydrates. It’s a quick and easy pinprick to the finger. Friends and families might even pitch in for a meter to share so everyone can test. (Each person uses a new, sterile lancet).
A third, more extensive test is the hemoglobin A1c test, which measures blood glucose average levels over the previous three-month period. This test is helpful for monitoring but is not the gold standard for diagnosis, because those with normal fasting blood sugar but raised after-meal blood sugars will fall through the cracks. Because their blood sugars fall back down to normal most of the time, the “average” can be normal even where one is in the early stages of diabetes.
So what does the ADA, the supposed authority on diabetes, tell us about testing? According to the ADA, one should strive for tight control of diabetes—as defined by the ADA, that is, “getting as close to a normal (nondiabetic) blood glucose level as you safely can. Ideally, this means levels between 70 and 130 mg/dl before meals, and less than 180 two hours after starting a meal.” The ADA doesn’t have any of it right!
The following chart makes it simple:


In a nutshell, the ADA’s standards, guidelines, and recommended diets are sure to turn a pre-diabetic into a full-blown diabetic, and a diabetic into one who is chronically ill with multiple complications.

Even worse, most of the studies on diabetes and related complications are using ADA guidelines. They assume that an HA1c under 7.0 is “tightly controlled,” which dramatically skews any findings they might produce. Most diabetes-related disease is actually the result of years of uncontrolled blood sugar. Most related organ damage such as retinopathy (damage to the retina that results in loss of vision), peripheral neuropathy (damage to nerves in the feet or hands), and kidney damage actually begins to occur when blood sugars exceed 140 for more than a couple hours per day. This is probably why the American Association of Clinical Endocrinologists recommends that people with diabetes keep their blood sugars below 140 as much as possible. Of course, the ADA still thinks up to 180 is acceptable.

Consumers are receiving false information in two critical ways: the unconscionable ADA misinformation, and conventional physicians telling them they are not diabetic and don’t need to worry, because their fasting glucose is “normal” based solely on fasting glucose tests—when in fact they may be in the beginning stages of diabetes and fully able to reverse it, which is the goal of truly preventive medicine. If diabetes were identified in the early stages, most of the related complications and the enormous expense of managing the chronic nature of the disease would be substantially diminished.

It is possible for many diabetics to keep their blood sugar levels close to a truly normal range with an integrative approach. Here are some natural approaches to controlling or even reversing diabetes (we strongly advise that any significant changes to your diet, supplement regime or lifestyle should be made in conjunction with support from your healthcare professional):

A different kind of Action Alert

Diabetes does not have to be a degenerative disease, but early diagnosis and a strong resolve to manage and even reverse the disease are required. The ADA guidelines are a disincentive to doing so and give the green light to dangerously high glucose levels that result in huge and serious long-term health consequences.

So this week’s Action Alert is a personal request from ANH-USA executive director Gretchen DuBeau: Get to know how your body is processing the sugars and carbohydrates you consume! Have a “real” diabetes test—the oral glucose tolerance test (OGTT), which records your blood sugar levels at intervals after drinking a measured sugary liquid. The test is performed in a doctor’s office or in a lab. Alternatively, purchase a glucose meter and perform your own test two hours after a sugary or carb-heavy meal. Do not settle for a fasting glucose test.

We are asking all of our to activists pitch in and get tested for your own health’s sake, then use your voices to get others to also take responsibility for their health and in so doing create an important change in the world. We can reverse one of the most tragic (and most easily reversible) health conditions our country faces if we start now and spread the word!
Use the icons below to share this article with your friends, family and social networks!