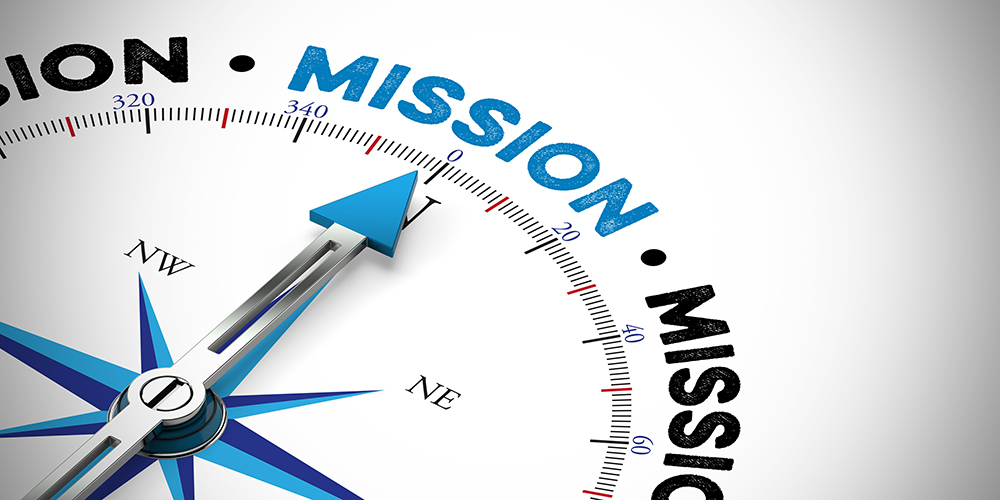 Why Is the Government Gagging Doctors?

The FDA, FTC, and some states’ attorneys general have told doctors they can’t advise both their patients and the public about natural prevention and treatment for COVID-19. The FDA and FTC sent warning letters alleging that doctors and other practitioners were making illegal claims on their websites that a product could mitigate, prevent, treat, diagnose, or cure COVID-19 or related conditions, making the product an unapproved drug under the Food, Drug, and Cosmetic Act.

This follows an ongoing attempt by these agencies to ban bio-identical estriol and other hormones critical for women and to destroy homeopathic treatments. All of this is an egregious violation of the patient/doctor relationship. It also violates the right of the public to learn about nutritionally based therapies, supported by solid scientific research, that are potentially lifesaving, not only for COVID-19 but for many other illnesses as well.

What is going on here? The bottom line is that cronyism in healthcare is killing us. The COVID-19 pandemic has demonstrated the failings of a health system that relies exclusively on newly-patented and therefore very expensive pharmaceutical drugs to treat chronically sick people and to a lesser extent on surgery. We should refocus to place primary reliance on diet and lifestyle along with inexpensive, safe, affordable, and scientifically validated natural medicines. This will greatly reduce the need for drugs and surgery and also reduce medical costs dramatically.

University research demonstrates that natural, diet derived medicines work, but because naturally-occurring substances cannot be patent protected in the same way as new to nature drugs, companies cannot afford the billions it takes to win FDA approval for them. Without FDA approval, natural medicines cannot claim to prevent, treat, or even “mitigate” diseases, so these medicines are not only excluded from organized medicine, but even made illegal.  This has led to many unnecessary deaths from COVID-19 as well as other illnesses.

The problem originates in our food and drug laws and especially in the way federal agencies interpret these laws to enforce rigid drug company monopolies. Until this model changes, we will continue to be a nation full of sick people, spending ever more on expensive drugs that are often unsafe or ineffective but are always very expensive.

Here’s how the system works, or rather does not work. First, drug companies claim a legal monopoly when they patent a drug. The drug research usually has been done by a university using government money or by the government itself but it does not matter. The grant of monopoly to the private company stands.

Then the drug company takes the patented medication through the FDA approval process (often costing billions over what can easily be a decade). This includes randomized controlled trials (RCTs), which, by the government’s own estimate, cost as much as $600 million each, and involve between 10,000 and 30,000 participants. Drug companies do not object to this ordeal, because the stiff price both eliminates any competition from unpatentable treatments and also flows into the salaries of FDA employees, who consequently tend to take a friendly view of drug companies and zealously guard the legal exclusivity of their products.

Because of the patent, it is feasible for drug companies to pay billions to run RCTs and get FDA approval. Natural substances, being generally not patentable, or not fully patentable, are shut out of this system, but for that very reason are much, much cheaper. Since natural products are not patentable, nobody can afford to run RCTs and get the FDA (or FTC) approval that is required to make a “disease” claim.  In addition, natural products are often not suitable for RCT testing as a standalone molecule. In many cases, one supplement should not be taken without another for balance, so that drug trials are not the best way to prove efficacy. In effect, the present RCT exclusive FDA approval process is a backhanded way of preventing all disease claims for natural products—no matter how many other valid scientific studies support the claim— thus preserving the monopoly of pharmaceutical drugs to prevent, treat, or mitigate illness.

The amount of research from respected universities validating natural treatments Is enormous, but is entirely rejected by the FDA, which demands its own approval process, a process that can easily take a decade. As experience has shown, even an extended approval process does not necessarily guarantee even the safety of a new to nature and therefore patentable molecule. And after approval has been granted, there is not guarantee that the ingredients used to make the drug are safe. An estimated 80% of drugs are made from ingredients from China or India, and the FDA only inspects about 1% of these imports. Since 2018, six widely prescribed drugs have been revealed to be contaminated.

In addition to the university research behind them, we also know that natural medicines are effective in treating disease because drug companies use the FDA approval process to turn copycat versions of them into drugs. In prior years, this was mostly done by creating synthetic analogues of natural substances which, unlike natural products, are patentable, but which, being new to our bodies, often turn out to be toxic. As this has become more problematic, the new trend is for drug companies to claim “novel use” patents (as with CBD, derived from hemp) or more commonly the FDA may just seize the natural product and turn it into a protected drug monopoly free from price competition.

Doctors hear about the patented monopoly drugs, because they have been approved by the FDA, drug companies are free to promote them for disease, and it is worth spending billions to promote them. In addition, medical journals are largely supported by drug companies and so is much of doctors’ post-med-school education. Just as importantly, a doctor who strays too far from the FDA reservation can easily lose his or her medical license, a ruinous outcome after so many years of expensive education.

The threat is not just to doctors and their license to practice. The FDA has even threatened cherry and walnut growers with fines and jail for mentioning respected university studies on the health benefits of those simple foods. The agencies say that any reference to these benefits turns cherries and walnuts into unapproved drugs! FDA enforcement includes armed raids and threats of a lifetime in jail for any producer who makes medical claims without permission. The agency takes the position that for producers to make health claims for these heavily researched and very ealthy “superfoods,” they must first turn them into drugs through the drug approval process.

The Department of Health and Human Services and the US Department of Agriculture have stated that, based on studies, these percentages of Americans are getting less than the government recommended average amount of the following nutrients, which are found in good foods like cherries and walnuts among many others:

Note that this is based on very low government estimates of the amount of the nutrient needed. Even using government recommendations, Americans are getting only:

Does this matter? Indeed it does. The US Center for Disease Control also tells us that low magnesium may be associated with high blood pressure, heart disease, bone loss, and headaches, but that is only part of it. The US National Institute for Health reports that magnesium has been found to be needed for over 300 human body functions. Magnesium must also be in balance with calcium for our muscles to work properly and for much else.

Studies show that COVID-19 deaths correlate almost perfectly with vitamin D level (Blaylock Wellness Report, July 2020, p.4). It has been estimated that raising the blood level of D in Americans to at least 40 ng/mL would save 336,000 lives a year from a variety of fatal illnesses, a figure far greater than COVID-19 deaths to date. Some clinicians recommend getting blood levels above 65.

No one pays any attention to these statistics. Why? Because under federal law, as interpreted by the FDA and FTC, we are not allowed to hear that a lack of vitamin D leads to weak bones, immune system deficiencies, and from there to death from COVID-19, other illnesses, and cancer.

Does this mean that all medicines should be from natural sources? Of course not. New, patentable drugs may have genuine promise. At the present time, technology has enabled scientists to extend the life of mice far beyond natural limits. Drug trials are currently underway on dogs that are expected to yield similar results. After that there will be ten years or more of human trials, also quite likely to be successful. One wonders if elderly US senators and members of Congress realize that their own lives could be measurably extended if we adopted Singapore’s drug approval system, which only requires safety studies, so that these new life extending therapies could be available in a few years rather than a few decades.

Then again, doctors gave President Trump a treatment for COVID, Regeneron’s Polyclonal Antibody Cocktail, that is not yet FDA approved, which violated the law. Will members of Congress become exempt from the law as well? Regardless, how many people must die only because of the rigidities of our present system?

Our medical system is failing us in other ways as well. Medical system errors are generally ranked as the third leading cause of death in America. Some credible research has suggested it is first, not third, and in any case all such estimates are likely to be understated because the data mostly misses what happens outside hospitals and often misses even what happens inside hospitals. Worse, this only measures errors, such as prescribing the wrong drug. It does not include any of the deaths caused by poor nutrition or lifestyle caused by general ignorance of the link to disease, an ignorance that our present law and regulatory systems enforce under penalty of fines and jail.

Why is it so hard to reform the American healthcare system? It took from the 1920’s until 1964 for the American government to admit that tobacco smoking causes cancer and it took an additional fifteen years for the American Medical Association to agree. It also took forty years for the government to admit that trans-fat is dangerous and another fourteen years to ban it in processed foods, where it was a mainstay. Even today the government says that adding table sugar to your diet is OK if you limit it to 10% of calories.

These cases reflect the power of the tobacco, food processing, and sugar industries respectively. Today the power of these industries pales beside the overwhelming dominance of drug companies, fueled by government mandated monopoly profits. What we have is an out-of-control medical crony capitalist system in which private interests spend what it takes to gain mastery over Congress and regulatory agencies. The result is unnecessary suffering and death along with spiraling medical costs.

It is past time for the American public to put a stop to this perversion of both healthy business competition and good government. The place to begin is with federal law and with FDA and FTC interpretation and enforcement of that law. Our law should permit anyone to cite reputable, non-fraudulent science studies of health prevention and treatment. This should apply to doctors, producers, and, yes, even drug companies.

The role of the FDA should be to confirm evidence of safety. It lacks the staff expertise or freedom from political and drug company influence to do more. Judgement of efficacy should be left to medical professionals, as it was in the U.S before the 1962 Kefauver Harris Amendment and as it is in Singapore today. Singapore has one of the most sophisticated medical systems in the world, and it has deliberately chosen not to follow the U.S. model.

Two simple steps will transform our medical system. Will we take them?