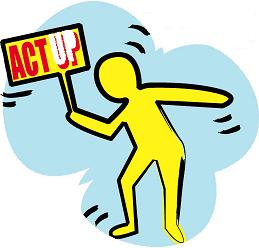 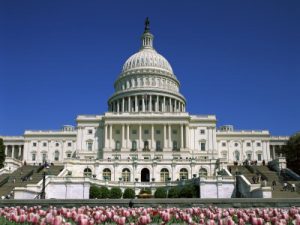 As we come to the end of our 20th anniversary year, we celebrate some major victories, thanks to your grassroots activism.

ANH-USA, with our nutritionist allies, managed to defeat six of the nine state bills that were introduced this year at the instigation of the Academy of Nutrition and Dietetics, formerly the American Dietetic Association (AND/ADA): California, Colorado, Hawaii, Indiana, Virginia, and West Virginia. All the bills posed significant threats to nutritionists, health coaches, and consumers in those states. We tapped into our network of grassroots activists, coordinated email and letter writing campaigns, and supported coalition building among nutritionists and activists. Our efforts continue in New Jersey and New York, both of which have pending AND/ADA legislation, and we continue to monitor state legislatures for newly introduced AND/ADA bills. Thank you so much for your strong work to defeat these bills!
In Illinois, with our allies, we took a proactive step to help reshape the regulatory framework, and this month we were able to get the Illinois legislature to replace the state’s ten-year-old monopolistic dietitian law. The new law will recognize for licensure advance degree and credentialed nutritionists instead of just Registered Dietitians, and will provide greater protections for acupuncturists, health food stores, small businesses, and individuals to provide nutrition advice so long as the information is not an individual prescription to address a specific individual’s health condition.
The Academy of Nutrition and Dietetics is headquartered in Illinois—so this win in their home state counts all the more. It is the first step in a long battle to turn back monopolistic dietitian laws.

Informed choice is crucial in weighing whether to get vaccinated or not. But people are often denied any choice with regard to vaccines, as many vaccines are mandated at the state level. Arizona proposed legislation that would have made it more difficult for parents to invoke the medical exemption for their children; we opposed it, and thanks to our activist network, the bill did not pass.
We also supported legislation in Virginia that would remove the mandate that school children be inoculated with the human papillomavirus (HPV) vaccine, as well as a bill in West Virginia that would prohibit all forms of mercury in vaccines. Unfortunately, neither bill passed, but the Virginia bill will be picked up again in 2013.

Senator Dick Durbin (D-IL) offered an amendment to the Prescription Drug User Fee Act (PDUFA) requiring that supplement companies register all their products—and the ingredients they contain—with the FDA.
Our concern with the legislation was that it would have created a slippery slope toward a supplement pre-approval system—similar to the European Union regulatory system, where only those vitamins and minerals on the approved list may be used in food supplements, and often in very limited amounts. For example, if a supplement contains more beta carotene than is present in half of a large carrot, it is banned in the EU.
Our reader members sent over 100,000 messages to Congress in less than 24 hours, and the amendment was defeated by a vote of 77 to 20!

ANH-USA strongly opposed the FDA’s draft guidance on New Dietary Ingredients (NDI) that threatened to remove 29,000 dietary supplements from the market. Even though it was not supposed to be a final guidance, and despite the fact that FDA never addressed the significant concerns the public sent in, the agency had been preemptively using the draft guidance as the basis for enforcement action against multiple supplement companies.
We worked closely with the Appropriations Committee, which controls FDA funding, to secure report language censuring the FDA for prematurely enforcing the NDI draft guidance and insisting that FDA withdraw the guidance, evaluate the significant concerns that had been expressed, and reissue a revised draft.
Two days later, FDA acknowledged in a meeting with Senators Hatch and Harkin that the NDI draft guidance required substantial revision and agreed to rewrite the guidance, which will then be open for public comment once again. This is a startling reversal from the FDA’s previous position, where they refused the very same request from the same Members of Congress. We had requested the withdrawal and revision of the guidance in our original petition to the FDA, and it represents significant progress, even though there is no specific timeline as to when the agency will reissue the draft guidance or what changes will be made.
For the moment, the focus of the agency has apparently shifted to creating a list of supplements that would be free from FDA review, an area that is loaded with minefields for natural health supporters, and where we are very actively involved.

With our allies, we managed to stall the GMO riders in the Farm Bill and the Appropriations Bill. The fight now depends on the fiscal cliff package.

ANH continues to fight for your access to healthy whole foods. In 2007, the USDA introduced a “pasteurization” rule that applies even to raw, organic almonds. One allowed method, microwaving the nuts, fell by the wayside. Of the five remaining methods allowed, three would cook the nuts, one would cause a marked reduction in nutrient content, and the last would use a possible carcinogen on them. Raw and organic almond farmers filed suit against the USDA.
ANH-USA submitted an Amicus brief in support of the plaintiffs. (An amicus curiae, Latin for “friend of the court,” is an outsider who provides information to assist the court in making its decision). Our brief will allow ANH-USA to raise issues that may not be brought up by the plaintiffs during regular trial proceedings. It will also let us take a stand against the USDA and call attention to the public policy and public health implications of the almond rule.

Dr. Stanislaw Burzynski and his legal team won against all odds. The Texas Medical Board’s case against Dr. Burzynski was thrown out, creating another victory for alternative and integrative doctors. Dr. Burzynski is an integrative physician and biochemist practicing in Texas who developed (with his own money) a nontoxic gene-targeted cancer therapy called antineoplastons that has been shown to help cure some of the most “incurable” forms of terminal cancer.

We can’t find words to thank you—our readers, our members, our friends—for your continued support. You write the letters, make the phone calls, and send the messages to legislators and other decision-makers that time and again make all the difference and lead to victories. You sustain us financially, and you spread the word about our important work on behalf of natural health consumers and practitioners. Together we make important strides each year, and we are profoundly grateful.
Share This Post

5 responses to “ANH-USA: The Year in Review”