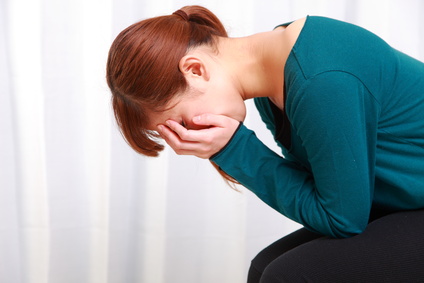 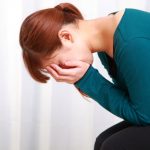 We provide more information about GABA. Readers weigh in on what works—and what doesn’t.

Last week, ANH-USA published an article describing a brilliant writer’s losing lifetime battle against severe anxiety, and wondering why none of his doctors seem to have ever suggested supplementing what our own bodies make to control anxiety: GABA.

The writer, editor of the Atlantic magazine, wrote a book about his experiences. He knew about GABA: some of the drugs he had taken (which didn’t work for him) were supposed to mimic some of the calming neurotransmitter effects of natural gamma-aminobutyric acid. So why hadn’t he taken the obvious step of trying GABA itself, especially in the enhanced supplement forms available today?

Some of our readers expressed doubts about GABA. Many responded with questions, solutions, and their own horror stories about pharmaceutical “solutions” for anxiety. Let’s start with the doubts.

“Does GABA really work? I hear it can’t penetrate the brain.”

There is scientific evidence that at least an enhanced form of oral GABA supplementation reduces anxiety, and while the conventional wisdom says GABA won’t cross the blood-brain barrier, a 2012 study suggests this wisdom may be wrong or that enhanced GABA affects the brain in some other way.

These studies used a form of GABA produced by a Japanese company called Pharma Foods International and licensed to several producers in the United States under the Pharma-GABA brand name. Interestingly, this is the only form of GABA that Japan allows; it is also what worked so well for a member of our ANH team. As integrative health pioneer Jonathan Wright, MD, says about this:

Whether or not the GABA molecule physically crosses the “blood-brain barrier” doesn’t matter, as the effects of naturally derived GABA on brainwaves, growth hormone synthesis, and brain protein synthesis within a short period of time after ingestion have been objectively shown.


Yet another study indicates that orally administered GABA not only induces relaxation and reduces anxiety, it also boosts immunity, even under stress. There are many other scientific studies of GABA very much worth checking out: here are listings in the government’s PubMed database, from the Life Extension Foundation, and from our own ANH-USA database.

For those in whom pure GABA supplementation isn’t effective, and we are all biologically somewhat different, picamilon—a blend of niacin and GABA—may be an option. As Life Extension Magazine explains, niacin is a good “carrier” for GABA to the brain, as it has low toxicity and high biological availability—so a combination of GABA and niacin increases the potency of each component.

“What are other natural solutions for anxiety?”

Theanine is a favorite. Like GABA, it is found in green tea, and is often cited as the reason that green tea has a “smoother” effect than other teas despite the caffeine.

For those who suffer from chronic anxiety, kava root extract has been shown to significantly reduce anxiety. Interestingly, the more severe your anxiety is, the better kava seems to work. A favorable verdict on kava’s safety is contained in an article by Kerry Bone in a special edition (October 2013) of Dr. Wright’s newsletter Nutrition &Healing.

A recent study published in JAMA Internal Medicine found that meditation is at least as effective as prescription medications.

One reader suggested a gluten-free diet will reduce anxiety. Food allergies are always a possibility worth considering.

“You’re right about anxiety drugs—they made me miserable.”

One ANH-USA reader, Carole, shared her story, which illustrated how conventional medicine has “adopted” depression drugs for anxiety although the benefit for anxiety is very unclear, and the side effects a real concern:

I was started on Paxil and Xanax in Feb. of 1994, never being told that they were addictive….Paxil changed my personality completely, and caused me for the first time in my life to consider and attempt taking my life….I did not realize how badly Paxil had changed my personality until after I was totally off of it and looked back at my past….

Next month I will have been on Alprazalom for twenty years (generic for Xanax). I have gone to two doctors during the past years to try to get help getting off of this poison, but both of them have told me it is too dangerous and the best thing I can do is to stay on it….Even missing one pill causes me to be extremely ill and so nervous my blood pressure shoots up to levels way too high.

It is not right that the pharmaceutical companies have been allowed to push these kinds of drugs on unsuspecting patients….


Anxiety, the most common mental ailment in the United States, causes a myriad of symptoms: emotional (feelings of dread, tenseness, and trouble concentrating), physical (pounding heart, headaches, and insomnia), and social (interference with friends, work, and family). Its victims are often desperate for relief. That the editor of the Atlantic wrote a book about his struggle against anxiety without apparently even being aware of natural alternatives was the main point of our story and does not speak well for our medical system.