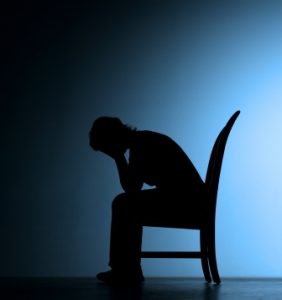 But now we know that “low serotonin”—which is what SSRI’s “fix”—doesn’t even cause depression! Action Alert!

A study conducted jointly in the Netherlands and the US has found that babies born to mothers who took antidepressants while they were pregnant had slightly slower head growth and were more likely to be born early. The study did not have any findings about whether there might be long-term effects or not.
Of nearly 8,000 pregnant women in the study, 570 had symptoms of depression during their pregnancy but did not take medication, while another 99 took SSRIs. In the womb, babies of women who were depressed gained less weight per week than babies of non-depressed mothers, and their heads grew a bit more slowly as well. With the women given SSRIs, the babies’ head growth was slowed by 0.18 millimeters per week. By the time they were born, those babies’ heads were about four millimeters smaller, on average, than babies of non-depressed moms. SSRIs are known to pass through the placenta, according to the lead researcher, and may reach the brain and affect its development.
On top of that, ten percent of mothers taking SSRIs had a premature birth, compared to six percent of those with untreated depression and five percent of non-depressed moms. Previous studies have suggested a slightly increased risk of some birth defects in babies of moms taking antidepressants, as well as a greater chance they will end up needing intensive care.
In January, the British Medical Journal published a study showing that babies of women who take SSRI antidepressants during pregnancy have a slightly increased risk of a life-threatening condition called persistent pulmonary hypertension of the newborn (PPHN) in which not enough oxygen reaches the bloodstream but returns to the heart in an oxygen-poor state. This in turn causes rapid breathing, a rapid heart rate, respiratory distress, and cyanosis. If not caught in time, it can cause shock, heart failure, brain hemorrhage, seizures, kidney failure, multiple organ damage, and possibly even death.
This finding is not new, however. In 2006, the FDA warned that women taking SSRIs were six times more likely to deliver babies with PPHN. And in October 2010, a Philadelphia jury ordered GlaxoSmithKline to pay $2.5 million to the family of a three-year-old boy, Lyam Kilker, who was born with heart defects because his mother took the SSRI antidepressant Paxil during pregnancy.
The problem is that mothers who take SSRIs for depression (either during pregnancy or to battle postpartum depression) often find it difficult to stop. SSRIs are not considered addictive by mainstream medicine because they do not create cravings and are not associated with drug-seeking behavior. However, even mainstream medicine agrees that stopping cold turkey can cause an array of symptoms such as dizziness (which can last for days), flu-like symptoms such as nausea, headache, and fatigue, as well as intense feeling of anxiety, irritability, or sadness. It’s so prevalent that it has a name—SSRI Discontinuation Syndrome—and the symptoms are so severe that many people decide to stay on the antidepressant just to stop those side effects.
Perhaps most significant for those who take SSRIs, or Selective Serotonin Reuptake Inhibitors, is the news that the theory behind the drug—that depression is caused by having low levels of serotonin in the brain—is being debunked. “Chemical imbalance [brought on by low serotonin levels] is sort of last-century thinking. It’s much more complicated than that,” according to Dr. Joseph Coyle, a professor of neuroscience at Harvard Medical School. “It’s really an outmoded way of thinking.”
While Coyle, who is also the editor of the journal Archives of General Psychiatry, says serotonin plays a role in depression, low serotonin is likely not the cause of depression. The theory that it causes depression was propagated only after the introduction of Prozac. As Dr. Joseph Mercola points out, the low serotonin theory arose because they understood how the drugs acted on the brain; it was a hypothesis that tried to explain how the drug might be fixing something. Later, investigations were done to see whether or not depressed people actually had lower serotonin levels, and in 1983 the National Institute of Mental Health (NIMH) concluded that “There is no evidence that there is anything wrong in the serotonergic system of depressed patients.”
Worse, if you take an SSRI drug that blocks the normal reuptake of serotonin, you end up with the very problem the drug is designed to treat—low serotonin levels. SSRIs cause the brain to behave in ways it was never designed to do. No wonder it causes teens to attempt suicide, and other people to have inexplicably violent psychotic breaks, as we reported a year ago.
In other news the FDA has responded to our petition to put a Black Box warning on SSRI labeling that discusses the risk of violence. In the agency’s letter to us, FDA acknowledges that the issue is a complex one and that they are looking into it further, though there is honestly little hope that they actually mean to do so. Let’s keep the heat on FDA to mandate a Black Box warning—please contact FDA today and express your concern over this serious issue!

34 responses to “Baby’s Being Harmed by Mom’s Antidepressants”