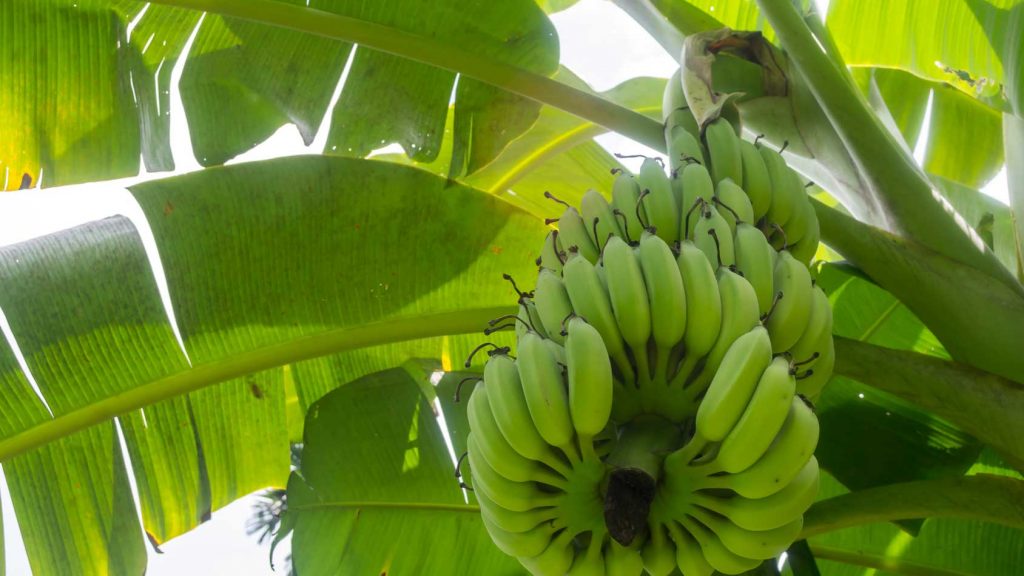 They’re being decimated by an incurable fungus. Some scientists think they have an answer—genetic engineering—but will it be tasteless “frankenfruit”? Action Alert!
When most people speak of bananas, they’re thinking of a single variety—the yellow Cavendish banana found in almost all grocery stores. But the popularity of this banana has made it susceptible to a fungal disease known as Tropical Race 4 (TR4), which is quickly spreading across the globe and is likely to hit South America, where 80% of Cavendish bananas are grown.
The effort to quarantine fungus-ridden plants has largely failed, so researchers are exploring other options. Fortunately, other banana varieties still exist and are often much more flavorful than the Cavendish. Keep in mind also that in nature, flavor is often closely associated with nutritional value. It is no coincidence that the Cavendish, selected for ease of transport and sale, not taste, is often both tasteless and low in nutrition.
But rather than re-introducing some of the older, more flavorful bananas that fortunately survived monoculture mania, fruit companies are planning to make the Cavendish even more artificial and tasteless by genetically engineering it to be resistant to TR4.
This “solution,” of course, entirely misses the point that GMO crops are themselves the problem. As we point out in our GMO Fact Check site, GMO crops further reduce genetic diversity, which can lead to even bigger catastrophes than the loss of the Cavendish, not to mention eventual massive food shortages and the destruction of small farmers.
What is happening to the Cavendish banana could happen to any number of staple crops. Take, for example, coffee: 65% of our coffee comes from a single coffee bean species, which suffers from extremely low genetic diversity and is increasingly difficult to find in the wild. This type of monocrop creates an environment where one good disease can wipe out our ability to grow that crop, as we’ve seen with the Cavendish. This is also becoming increasingly true of other crops like corn and soy.
The federal government is clearly not worried that an overreliance on GE technology could wipe out entire crops—regulators seem to approve each new GMO plant and animal they are presented with.
Action Alert! Many lawmakers are now trying to prevent mandatory GMO labeling, so that consumers won’t have a way to know what is or isn’t artificially engineered. If you haven’t yet sent a message to lawmakers opposing this terrible, industry-supported bill in Congress, please do so now!

Other articles in this week’s Pulse of Natural Health:
Medicine’s Future: Will the FDA Let It Happen?
Why is a Cancer-Causing Additive Banned Elsewhere in the World Still in Our Bread?

18 responses to “Bananas as We Know Them May Be Disappearing”