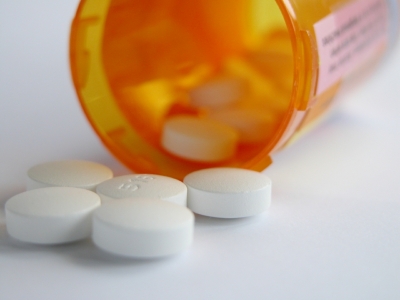 The DEA is enabling—even encouraging—a generation of opiate addicts, while the FDA tries to quash safe and helpful supplements like DHEA.

Goodness, the legal drug-makers have been busy! This week the Associated Press revealed that in 2010, US pharmacies dispensed the equivalent of 69 tons of pure oxycodone (used as ingredient in OxyContin, Percocet, and Percodan) and 42 tons of pure hydrocodone (used in Vicodin, Norco, and Lortab). That’s enough to give forty 5-milligram Percocets and twenty-four 5-milligram Vicodins to every single person in the United States.
The production and sale of both drugs has increased tremendously over the past decade; in some locations, sales have increased by 1,500 percent. Distribution is particularly high in Appalachia, the Midwest—particularly suburbia—and the Southwest.
Why the increase? Our poor diets and inactive lifestyles increase inflammation and pain. Older people are especially vulnerable in this regard. And doctors are increasingly willing to treat pain with drugs. Sales are also being driven by addiction, as users become physically dependent on painkillers and begin “doctor shopping” to keep the prescriptions coming.
As with all opiates, oxycodone and hydrocodone bind to opiate receptors in the brain, blocking not only pain signals but any negative emotions like stress or anxiety. The euphoria associated with early use fades relatively quickly as tolerance builds. The pain-managing efficacy will also be reduced as tolerance builds—which is why these drugs should not be used for long-term or chronic pain. If users take the drug for longer than prescribed, or in higher doses, it is likely that they will become addicted.
Addicts die from drug overdoses at a much higher rate than the rest of the population. Opioid pain relievers like oxycodone and hydrocodone caused 14,800 overdose deaths in 2008. Addiction is also responsible for the alarming rise in pharmacy robberies nationwide.
The epidemic is not likely to abate soon. The explosion of pain management clinics in Florida, dubbed “pill mills,” prompted the state legislature to close a loophole that had allowed physicians to fill oxycodone prescriptions on the spot. Authorities say a half-billion doses of the drug and its generic equivalents were distributed in the state during 2009 alone. An unknown number wound up in the hands of “patients” who had come from out of state to have prescriptions filled by multiple pill mills, before driving home to resell the pills on the black market.
According to Gene Haislip, who for seventeen years was head of the Drug Enforcement Administration’s Office of Diversion Control, the DEA’s policy of allowing increases in the production of these drugs in the face of widespread illegal and non-medical use shows a “serious lack of accountability and oversight”:

The DEA is the lone federal agency with the power to decide how much of the drug gets made and put out there; it alone has had all the responsibility to do something about this problem. The way I did it for seventeen years, which was basically the way it had always been done even before the DEA was the DEA, is that when a significant diversion problem occurred, the quota increase requests would come under greater scrutiny. With Oxy, there has been a significant diversion problem since the late 1990s, so the requests should have come under greater scrutiny.

That apparently didn’t happen, Haislip says. Instead, the DEA has rubber-stamped Big Pharma’s requests to increase oxycodone production. And why is that? Political influence, plain and simple.
As Marcia Angell, former editor of the New England Journal of Medicine, pointed out in her 2004 book The Truth about the Drug Companies, the Pharmaceutical Researchers and Manufacturers of America (PhRMA) employs more lobbyists in Washington than there are members of Congress. Since 2007, the group has spent more than $20 million annually on lobbying in Washington to see that its interests are protected. Haislip says DEA won’t block a company’s requested quota increase “if that company is supporting members of Congress who have the power to block the agency’s funding.”
Then there’s the revolving door between the Office of Diversion Control and drug manufacturers or consulting firms that work with both industry and DEA. People working in the Office of Diversion Control know they might get lucrative work with drug companies upon retirement, and this constitutes a huge conflict of interest that prevents DEA officials from doing their duty. They certainly aren’t going to offer an opinion or do something that’s going to cut off their future prospects.
Contrast the “hands-off” approach dealing with incredibly addictive narcotics with the aggressive disapproval of perfectly safe supplements like DHEA. DHEA, which is short for dehydroepiandrosterone, is a natural hormone produced by the adrenal glands, the gonads, and the brain. DHEA is the most abundant circulating steroid hormone in humans and is sometimes referred to as the mother hormone since other hormones can be made from it. In its supplement form, DHEA is used for slowing or reversing aging, improving thinking skills in older people, slowing the progress of Alzheimer’s disease, weight loss, decreasing the symptoms of menopause, and boosting the immune system.
As we reported last October, DHEA supplementation also helps create improvements in muscle strength and bone mineral density with a reduction in body fat mass. And there is substantial support for its effectiveness in fighting adrenal insufficiency, hypopituitarism, general osteoporosis, systemic lupus, depression, schizophrenia, and balancing the overproduction of cortisol produced by excessive stress. Too much cortisol ages us rapidly; a little extra DHEA can make all the difference.
There are a number of different forms of DHEA. 5-DHEA is the form most commonly sold on the market and used for aging, depression, obesity, cardiovascular risk, and adrenal insufficiency. However, it can result in an increased production of male hormones, which may be positive or negative depending on various factors. For example, some aging males convert extra testosterone to estrogen, a process called aromatization, and too much in women can cause unwanted hair growth. For men with prostate troubles, 1-DHEA might be a better choice (no estrogenicity and decreased androgenicity), while 19Nor-DHEA might be better for women (little estrogenicity and anti-androgenic metabolites). But these little-known forms of DHEA are especially vulnerable to being lumped together with dangerous drugs and banned—simply because they are not well known.
DHEA has had a fifteen-year record of complete safety. Despite this, FDA and certain members of Congress keep trying to regulate it as a controlled substance, specifically as an anabolic steroid, even when used in dietary supplements.
Currently DHEA could be classified as an illegal anabolic steroid if the DEA were to present evidence that it meets all eight requirements under the Anabolic Steroids/Controlled Substances law. As the DEA has not yet put DHEA on the list, they clearly either don’t think it fits or hesitate for other reasons. Legislation was introduced a few years ago to add DHEA to the DEA’s controlled substances list, even though DEA already had the power to put it on the list if they met the burden of proof.
No deaths from DHEA. No addictions. No shameful deals between the manufacturer and federal agencies. No organized crime because of DHEA in America’s heartland. And yet DHEA is under attack, while big Pharma keeps churning out dangerous opiates by the ton.