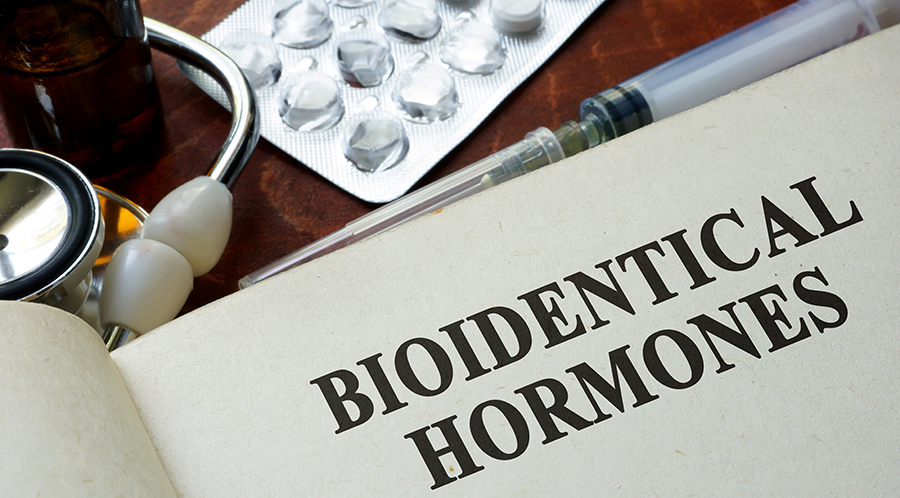 March 14, 2019
Category: BHRT
Hormones are safe from one threat, but the danger isn’t over. Action Alert! In 2016, we detailed a new threat to bioidentical hormones, which help with hormonal imbalances, such as menopause or fertility challenges. TherapeuticsMD (TMD), a drug company specializing in women’s healthcare, was developing commercially available bioidentical hormone drugs and had 31 patents relating to bioidentical estradiol and progesterone. Our concern was that TMD could corner the market, in particular the patent rights, on bioidentical hormones and completely block compounding pharmacists from making these important medicines. The good news is that important women’s bioidentical hormone preparations appear to be safe from this threat. Because standard preparations used in bioidentical hormone replacement therapy (BHRT), such as bi-est (80% estriol, 20% estradiol) and tri-est (80% estriol, 10% estrone, 10% estradiol), delivered in a cream consisting of long-chain fatty acids, have been prepared the same way for more than twenty years, these compounded preparations are protected from pharmaceutical company ownership. (Twenty years is the life of a patent; after that time, a patent can no longer be enforced. Therefore, if compounders have been making medicines the same way for twenty years, they are protected from being sued for patent infringement.) Although protected from Big Pharma, bioidentical hormones like estriol, estradiol, and progesterone still continue to be under threat from the FDA. As the agency decides which ingredients compounding pharmacists can use to make medicines, the hormones mentioned above have been nominated to the “Demonstrably Difficult to Compound List.” If the FDA decides to put estriol and other hormones on this list, we will lose access to compounded bioidentical hormones and estriol in particular, since there is no FDA-approved bioidentical estriol product. The prognosis isn’t good. Over the last few years, we’ve watched the FDA’s Pharmacy Compounding Advisory Committee (PCAC) routinely vote to recommend banning safe, natural medicines from compounding at traditional pharmacies. We’ve argued that PCAC is a stacked deck representing the opponents of compounding—there is only one actual compounder on the committee, and it is a non-voting member. The public must stay involved to prevent the worst from happening. ANH-USA has been leading the charge to protect estriol and other bioidentical hormones from an FDA ban. As a result of our members’ activism, the FDA has called for a study on BHRT to be done by the National Academies of Sciences, Engineering, and Medicine (NASEM). To us, this is a qualified victory. ANH activists have demonstrated that the FDA would face a backlash if they banned compounded hormones. By calling on NASEM to study BHRT, which the agency will claim is an “independent” analysis, the FDA is giving itself cover should it pursue a ban later. When the public blowback comes, the agency can say, “It wasn’t us! It was a panel of experts at NASEM.” If we weren’t holding their feet to the fire, the FDA would not bother with this intervening step. We hope the NASEM committee offers a truly independent and balanced assessment of bioidentical hormones. At the first public meeting to discuss the study, the FDA seemed to tip the scales against compounded BHRT. One presenter, though not a member of the study committee, seemed to think that compounded BHRT was nothing more than a marketing ploy, despite the fact that patient satisfaction with compounded BHRT is extremely high and there is a wealth of evidence to recommend BHRT over conventional hormone replacement. What this means is that compounded bioidentical hormones are still in jeopardy, but our activism is working! We must continue to exert pressure on the agency and remind them that the lives and wellbeing of millions of patients are at stake. Action Alert! Tell the FDA to protect patient access to compounded BHRT. Please send your message immediately.
Share This Post

8 responses to “Bioidentical Hormones: Some Good News, Some Troubling News”