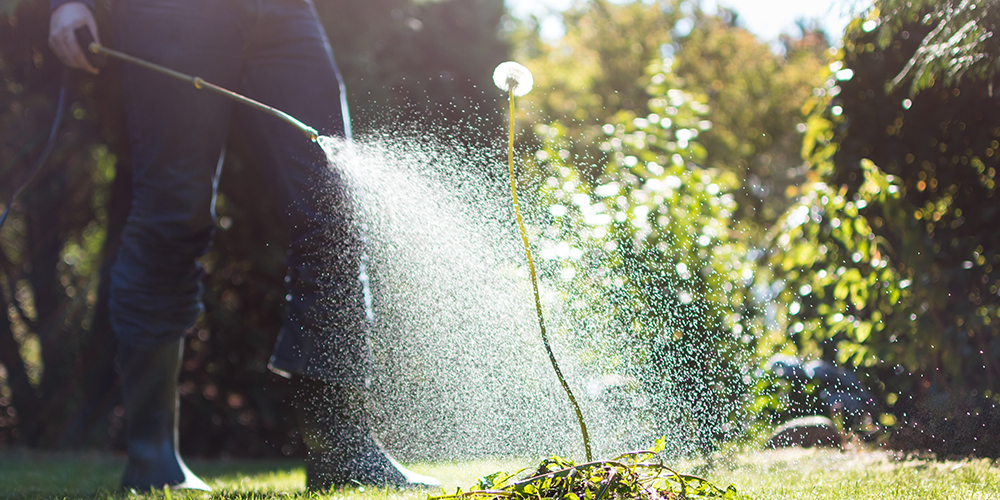 We all know glyphosate causes cancer: how is Bayer/Monsanto avoiding saying so on their label? Action Alert!

Bayer/Monsanto has agreed to pay $10 billion to resolve thousands of lawsuits alleging that glyphosate, the active ingredient in the popular herbicide Roundup, causes cancer. At the same time, Bayer has used the courts to prevent California from requiring a cancer warning label on Roundup. It’s time for this nonsense to stop and for glyphosate to be banned once and for all.

In agreeing to the $10 billion settlement, Bayer admits no wrongdoing or liability. The company must have seen the writing on the wall: in 2019, Dewayne Johnson was awarded $78 million after a jury found that Bayer/Monsanto failed to warn consumers of cancer risk from use of Roundup; a year later in a separate case, a husband and wife were awarded $87 million after a jury found that Roundup caused their illness.

Bayer’s annual revenue is nearly $50 billion. With the settlement, Bayer will pay $8.8 billion to settle existing lawsuits and another $1.25 billion that covers future litigation. It may be a relatively small price to pay to keep their poison on the market. The company also managed to secure £600 million in COVID relief bailouts from the UK government; weeks before, shareholders agreed to distribute £2.75 billion in dividends.

That glyphosate can avoid a warning in California demonstrates how dishonest and broken this system is. Under Prop 65, chemicals identified by the state as having even a one-in-100,000 chance of causing cancer, birth defects, or other reproductive harm are required to carry a corresponding warning. Recently, Bayer/Monsanto was granted a permanent injunction preventing the state of California from requiring a Prop 65 cancer warning on Roundup.

To be clear, there are many problems with Prop 65 that we detailed in a white paper a few years ago. Leaving the problems with Prop 65 aside for the moment, the real issue here is that, despite all of the evidence linking glyphosate to cancer, and the court victories for those injured by glyphosate, Roundup is still allowed on store shelves— without accurate warnings.

Recall that glyphosate isn’t even the biggest problem with Roundup. The “inert” ingredients in pesticides can be up to 1,000 times more toxic than the active ingredient. There are many other health problems that we’ve detailed in previous coverage of this issue. For example, the work of Dr. Stephanie Seneff, an MIT researcher, showed a remarkably consistent correlation between the use of Roundup on crops (and the creation of Roundup-ready GMO crop seeds) with rising rates of autism.

Government cronyism has been instrumental in keeping glyphosate on the market. Recently unsealed documents show that a top EPA official, Jess Rowland, promised Monsanto he would quash an effort by the Department of Health and Human Services Department (HHS) to conduct its own review of glyphosate. He was successful—the HHS review never happened. A letter from a former EPA employee dying of cancer accused Rowland of having intimidated staff, compelling them to change reports to make them favorable to Monsanto. The letter also argued that the research on glyphosate supports categorizing it as a probable human carcinogen.

Federal agencies are more than happy to keep dangerous, cancer-causing products like Roundup on the market, but spring into action when doctors discuss the proven benefits of natural medicines. We need to reform a healthcare system that not only bars the use, but even the mention, of natural remedies that have not been, and never can be, put through the multi-billion dollar FDA approval process.

Action Alert! Sign our petition to remove glyphosate from the market and to reform government agencies to stop the blatant cronyism that threatens the health of Americans in so many ways. Please sign our petition immediately.