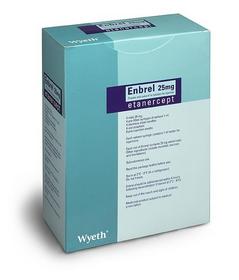 FDA’s own employees are starting to question the agency’s reckless drug approval process.

In 1998, the FDA approved a new class of anti-inflammatory drugs called TNF-alpha blockers. The best-known drugs in this class are Enbrel and Humira, which are used to treat juvenile rheumatoid arthritis, Crohn’s disease, and other inflammatory diseases. Because TNF-alpha blockers are immunosuppressants, patients are at increased risk of developing serious infections that may lead to hospitalization or death due to bacterial, mycobacterial, fungal, viral, parasitic, and other opportunistic pathogens.

In 2008, 2009, and 2011, the FDA determined that these drugs increase the risk of different—but all potentially fatal—infections and cancers, including tuberculosis and childhood leukemia:


Despite all their well-documented dangers, as of 2013, TNF blockers remain on the market. The FDA has simply asked manufacturers of TNF blockers to let them know when someone got cancer—essentially taking a “wait and see” approach to a drug that has caused at least thirty-five deaths from cancer, at least fourteen deaths from Legionnaire’s Disease, and at least seven deaths from listeria infections. Over fifty people have died, and the FDA is still at the “information-gathering” stage.

Moreover, there are reasons to believe the number of such deaths is greatly underreported. ANH-USA staff know of two such deaths among our own friends and doubt that these deaths were reported in this category.

In recent years, FDA has accelerated its rubber-stamping of dangerous drugs. This issue has become so serious it has caused internal strife at the agency. In particular, one FDA official, Thomas A. Marciniak, is seeking stronger warnings about a different class of drugs—angiotensin receptor blockers, or ARBs—in direct conflict with his bosses. The drugs, which are taken by millions of people (and generated $7.6 billion in US sales in 2012), have been linked to higher cancer rates, Dr. Marciniak argues. While this view is shared by other independent doctors, top FDA officials say the evidence is not yet clear.

Critics say the drug safety agency devotes so much attention to new drugs that it is ignoring the safety of long-marketed blockbusters. If a drug is profitable, the FDA seems to turn a blind eye to its dangers.

For example: the FDA recently approved a drug that cuts “bad” (LDL) cholesterol, even though it does nothing to reduce the risk of heart disease or death. The new drug takes Lipitor, which lost patent protection in 2011, and combines it with a new ingredient; this new combination is patentable (which is clearly an attempt by Pfizer to recapture Lipitor’s blockbuster sales). After initially rejecting the new drug last year, the FDA approved it because, as they put it, “LDL is a known risk factor for heart disease.” But again, this drug does nothing to reduce the risk of heart disease. Even cardiologists are questioning the logic of this approval.

Keep in in mind also, as we have pointed out, that so-called “bad” cholesterol is also a vital part of our body, one which we absolutely need. If it gets too low, it leads to numerous complications and even hasten death.

Why doesn’t the FDA pull deadly drugs like TNF blockers from the market? As illustrated by the FDA’s arbitrary hearings on Avandia that we told you about last month, they could just be trying to save face and avoid accountability.

At the same time, the US is experiencing a major drug shortage. The American Society of Health-System Pharmacists (ASHP), which keeps a drug shortage database, tracked a total of 211 drug shortages in 2010 alone. (By comparison, they identified 224 drug shortages between January 1996 to June 2002—an average of only 34 per year.) The main reason for the shortages is that drug companies are more and more required to get FDA approval for any operating step, no matter how trivial or unrelated to health. The shortages, in turn, can be used as a specious excuse to put more and more pharmaceutical drugs, many of them dangerous, on the fast track to approval, despite the complete lack of connection.

What the FDA and conventional physicians never seem to consider is a more natural approach. In the case of systemic inflammation—which underlies a host of health conditions like diabetes, high blood pressure, sleep apnea, asthma, and many other conditions—there are natural treatments that should be explored instead of TNF-alpha blockers, including:


Why, then, does the FDA continue to approve (and doctors continue to prescribe) drugs that can cause tuberculosis and leukemia, when herbs, natural treatments, and lifestyle modification will address patients’ health problems more effectively, more safely, and far less expensively?

65 responses to “How Can a Drug that Causes Leukemia, TB, and Listeria Remain on the Market?”