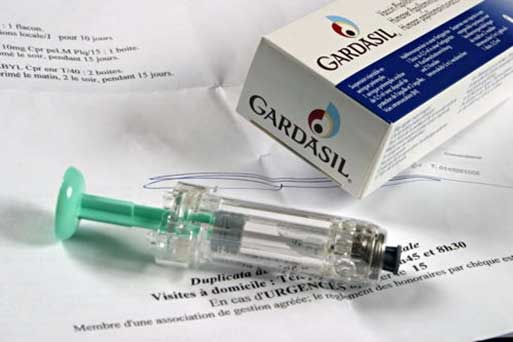 
The manufacturers of two human papillomavirus (HPV) vaccines, Merck (Gardasil) and GlaxoSmithKline (Cervarix), have found a new market: they struck a deal to offer their HPV vaccines to developing countries at much reduced prices. They hope that by 2020, 30 to 40 million girls in developing countries will be getting vaccinated.

Even at the reduced prices of $4.50 (Gardasil) and $4.60 (Cervarix), this will mean a massive increase in Merck and GlaxoSmithKline’s revenues. The primary reason Big Pharma is looking for new markets is because a majority of girls in the US are not being vaccinated against HPV. This appears to be mainly due to the risk of side effects. Dr. Diane Harper, lead developer of Gardasil, has stated that the HPV vaccine is associated with Guillain-Barré Syndrome, and has resulted in deaths. The Vaccine Adverse Event Reports for Gardasil supports this and in addition notes a propensity for blood clots.

The US Center for Disease Control says that adverse event reports are not peer reviewed science but then refuses to study them so that they can be peer reviewed. It was the government of course which first developed this expensive and dangerous vaccine, which licensed it to a drug company, which then fast tracked approval for it despite protests about the placebo used (a toxic substance itself) and then recommended requiring it for teenagers.

HPV has been back in the news this week mainly because of Michael Douglas’s announcement that the throat cancer he battled was caused not by his lifelong smoking and drinking—both of which are significant contributors to oral cancer—but by HPV contracted through oral sex. (Afterward, he backpedaled a bit on that statement through a spokesperson.) However, according to a study in the Journal of Clinical Oncology, while recent increases in incidence and survival of oropharyngeal cancers in the US have been attributed to HPV infection, the empirical evidence is lacking. On top of that, HPV is linked to only one type of throat cancer—upper throat cancer—and not all oropharyngeal cancers.

Sadly, the media has taken this opportunity to stump for wider acceptance of HPV vaccines, despite the fact that 75% of sexually active men and women become infected with HPV at some point, but most clear the infection on their own within two years—their immune system handles it. On top of that, the media almost never discusses the side effects of the vaccine, or its poor success rate. Could this be because major media are kept alive with drug company advertising and drug makers also make vaccines?

Of the 100+ different types of HPV, only fifteen might someday develop into cancer; moreover, the Journal of the American Medical Association says the relationship between infection with HPV at a young age and later development of cancer is unknown. Of those fifteen potential cancer-causing strains, the vaccine targets only two: HPV-16 and HPV-18. In other words, the vaccine will have no effect on 87% of the HPV viruses that might potentially cause cancer, and the causal link between HPV and the later development of cervical cancer is far from definitive.

By contrast, regular pap smears have no side effects and can easily catch cervical cancer in time. Even women who have had HPV vaccine should still do pap smears since the vaccine doesn’t protect against all cancer-causing HPV strains.

According to Dr. Jonathan Wright, patients with HPV should turn to vegetables—particularly those of the cruciferous family—because they influence the metabolism of estrogen, which in turn hinders the growth of HPV viruses. One study showed that a natural substance found in cruciferous vegetables, indole-3-carbinol (13C), which can also be taken in supplement form, can help treat HPV-associated tumors. Early research indicates that 13C may potentially reverse and even cure HPV-related cervical cancer. Dr. Wright believes that the curative powers of13C may be even more potent in its active form, known as DIM, or di-indolylmethane.

As always, individuals need to weigh the risks with the benefits and make up their own minds, armed with as much information as possible.

5 responses to “What to Do if Your Drug Has Too Many Dangerous Side Effects?”