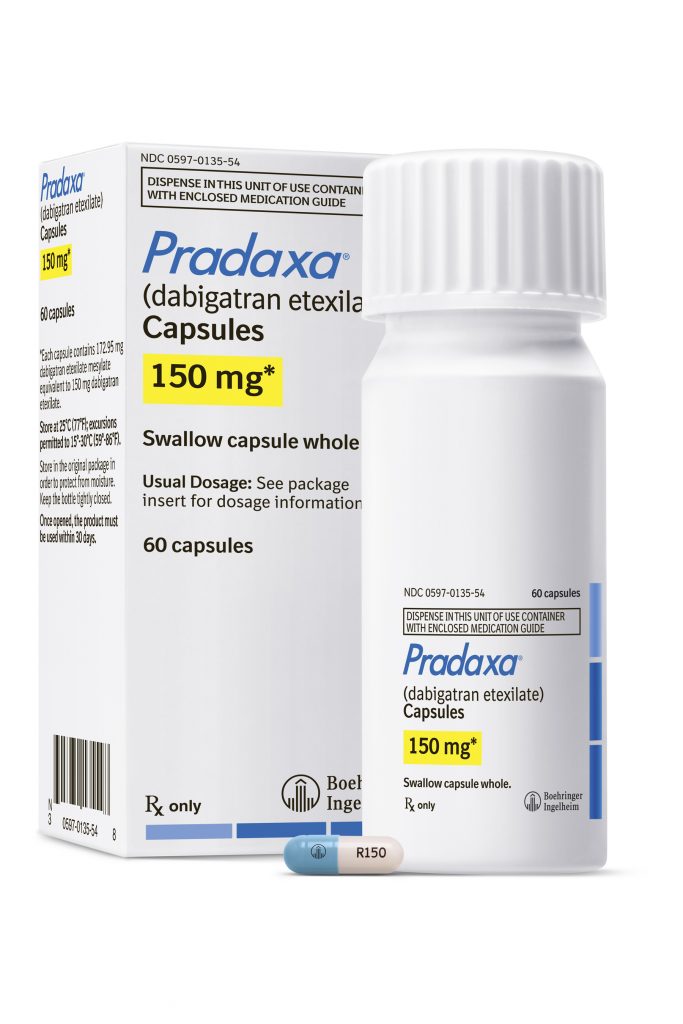 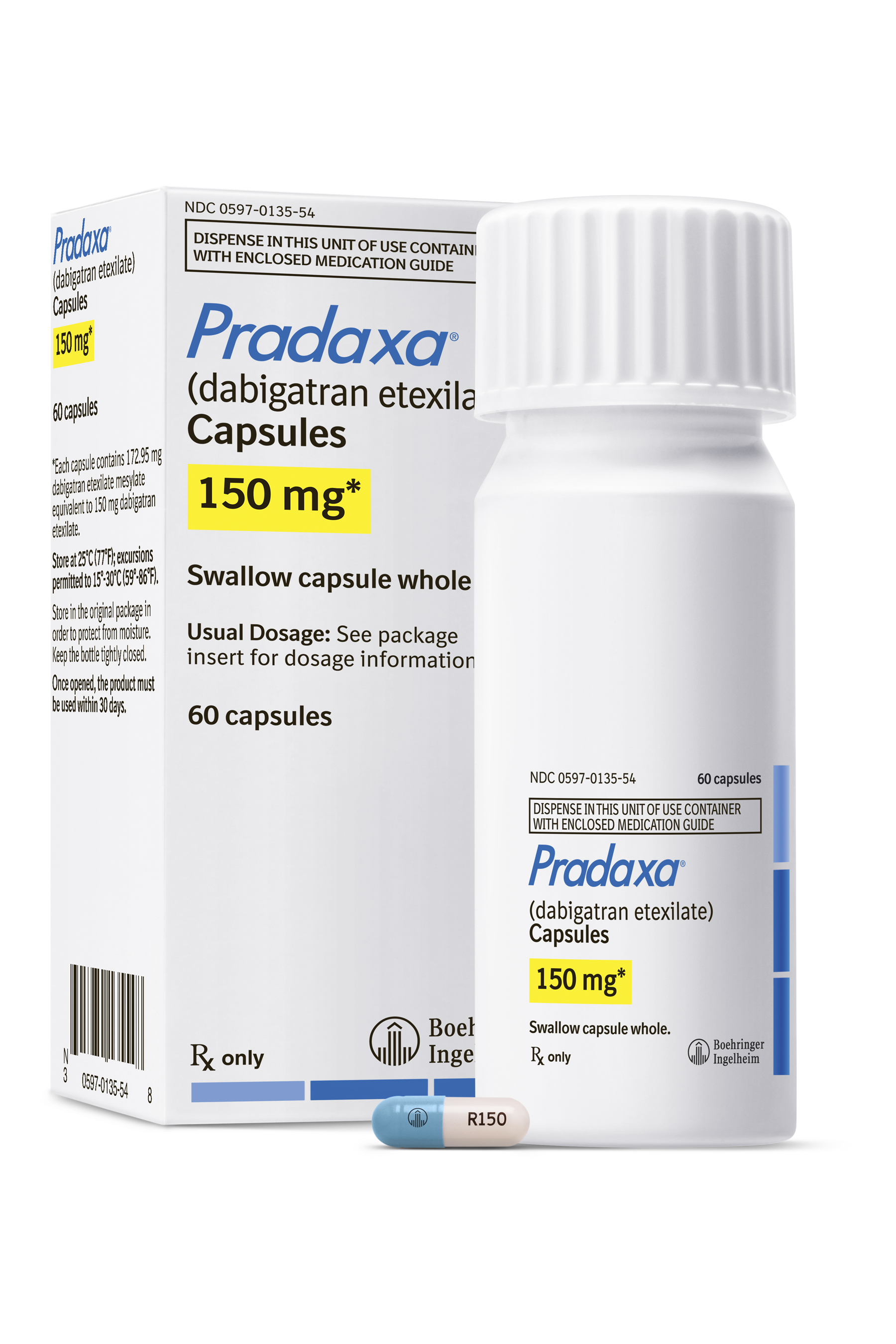 It couldn’t be because it brings in over $1 billion in sales each year, could it?


Pradaxa (dabigatran) is an anti-clotting drug used to treat a type of irregular heartbeat called nonvalvular atrial fibrillation (AF) and to prevent strokes. It’s used as an alternative to warfarin, an older drug, and needs less monitoring (warfarin requires regular doctor’s visits, blood tests, and dietary restrictions). In clinical trials, Pradaxa outperformed warfarin in reducing the risk of stroke, and it initially appeared to be safer, causing less hemorrhaging. But that turned out not to be the case. In 2011, Pradaxa caused 542 people to bleed to death.

FDA states that Pradaxa’s bleeding rates “do not appear to be higher” than warfarin, even though elsewhere on FDA’s website, we see that the risk of bleeding from Pradaxa is six times greater than with warfarin—usually in a pericardial location. Warfarin is also dangerous, and is one of the leading causes of emergency room fatalities. In 2011, warfarin was the subject of 1,106 serious adverse events, including 72 deaths.

Warfarin’s greatest flaw is also its saving grace: its blood-thinning effects can be counteracted with vitamin K, found in the K1 form in abundance in green leafy foods. This means that warfarin stops its beneficial work if you eat too many leafy greens—but if you start hemorrhaging, vitamin K is a swift antidote. No such antidote exists for Pradaxa: if you start bleeding, you will bleed to death.

The drug has spurred more reports of injury or death than any of the more than 800 drugs monitored by the Institute for Safe Medication Practices. To date, FDA has refused to recall the drug or address the “no antidote” issue.

This exemplifies one of our great concerns about the drug approval process. How can the FDA approve a drug that causes uncontrollable bleeding with no antidote? It also calls into question the quality of the clinical studies and random-controlled trials. How can the initial trials have indicated that Pradaxa causes less hemorrhaging when it actually causes six times more? Clearly, trial results can be skewed to benefit drug manufacturers.

Worse, since warfarin works, there was no urgent requirement for Pradaxa approval—or its continued presence on the market, now that it has been shown to be dangerous. The only thing that justifies its sale is the fact that it’s a big money-maker. It brings in over $1 billion a year—about $3,000 per patient, costing sixty times more than warfarin ($48 per patient). That’s a significant income for a drug that’s been on the market for only two years. By August 2012, more than 3.7 million US patients had filled Pradaxa prescriptions. The anticoagulant therapy market is estimated to bring in $10 billion a year in the United States alone.

And it’s an expanding market. In Europe, for example, Pradaxa is used to treat venous thromboembolism (VTE) after knee or hip replacement surgery. Boehringer Ingelheim, the manufacturer, is currently having clinical trials for this indication, so it’s possible the drug will be approved for even more uses in the US.

One of the problems is that the drug is usually prescribed by cardiologists, while the ones who see the consequences of bleeding are ER doctors. Conventional medicine is by nature a fragmented system.

Though the FDA is refusing to take action, more than 100 lawsuits have already been filed and more than 1,000 are expected, even after screening out obviously fraudulent and questionable cases. Plaintiffs are planning a mass joint claim against Pradaxa’s manufacturer. The plan is to use multidistrict litigation instead of a class-action suit to speed up the process.

This is not the first time FDA has approved a dangerous drug for atrial fibrillation. You may recall our report about Multaq, a drug that treated cardiac arrhythmias. Its clinical trial was stopped because more patients who were getting the drug were dying than those who received a placebo—though the study results weren’t published until five years later. Even so, the drug was approved by the FDA in 2009 as a treatment for AF in certain patients.

Of course there is an abundance of natural treatments for AF and to prevent stroke. Dr. Robert J. Rowen points out that not only do drug-thinning drugs increase risk of hemorrhaging, they also stop vitamin K production, and vitamin K is responsible for helping blood to clot and, in the K2 form, is also important for getting calcium into bones: “The truth is most people with atrial fibrillation never develop clots. They have a clotting system that’s operating normally. Those who do develop clots have other non-heart risks for thick blood. These include deficiencies in nutrients that have been proven to help regulate the body’s clotting mechanisms.” He recommends omega-3 fatty acids, vitamin E, bioflavonoids (such as ginkgo), garlic, and nattokinase, a nutrient made from fermented soy, which optimizes your blood’s clotting system. In 2010 we noted that nattokinase also may remove amyloid plaque, so it may be a promising treatment for Alzheimer’s, in addition to other foods and supplements we’ve told you about.

Other good natural methods of stroke prevention include obesity reduction, taking vitamin D to avoid sulfate deficiency (which could be an underlying cause of arterial plaque build up), and managing blood sugar levels.

Dr. Rowen also recommends getting to the root cause of the AF rather than just treating its symptoms. He notes that hypothyroidism could be one root cause predisposing people to AF.

35 responses to “FDA-Approved Drug Linked to 542 Deaths and 2,367 Hemorrhages, but FDA Refuses to Pull It”