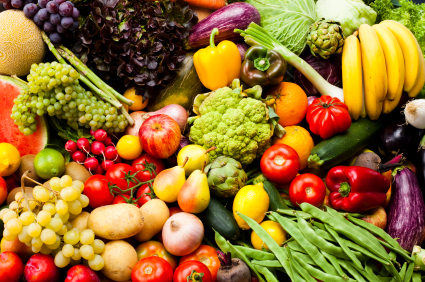 It’s an odd world when those that we entrust with our health—the medical establishment—are so resistant to supporting health in the way intended by nature.

Many who’ve yet to become fully aware of the extent of contemporary, western society’s disconnect with nature seem to take disconnection for granted. It’s almost as if this disconnected state is becoming the natural state in their minds. We are meant to accept that someone who exhibits symptoms of depression should be given Prozac, despite there being no evidence of any Prozac-deficiency, or any attempt to consider altering the circumstances or environment around the person.

Caesarean sections in some countries, like the UK, are now elective for any woman who so chooses. In a society where so many rights are being taken away from us, isn’t it a little puzzling that suddenly the rights of a woman who might want to avoid labor are now being granted? Could there be another motive—is it about scheduling of hospital births or is it about preempting lawsuits? Or could it be even more sinister?

The reality is that whether it’s the way we come into the world, the way we protect ourselves from diseases using vaccination, or the food available to us in supermarkets, most of it is darn right unnatural. Scientific evidence for the harm all this unnatural living causes us, in many cases, isn’t robust enough to force governments to recognize it (remember how long it took to force governments to recognize the harm caused by cigarette smoking?).

What we find instead is a different type of evidence. There is a growing troupe of us around the world, now likely to represent many millions—not just hundreds of thousands—who have understood this. We are choosing to live our lives differently, especially in how we eat, move or think, and it seems we’re not affected by the same rate of metabolic and psychiatric disease that afflict so many who choose to live off processed food from the supermarket or take a pill for every ill. Let’s face it, who can make money out of diet and lifestyle change? This is why one of our campaign strategies is of course not just to help people to adjust their lifestyles, but also to force governments to wake up to the cost of inappropriate diets and lifestyle, which are the main causes of the “Big 5” killer diseases: cancer, heart disease, diabetes, obesity and osteoporosis.

Central to our entire campaign for natural health are our efforts to raise awareness. While we provide a lot of material, you’ll understand that the real work in disseminating information far and wide is done by you—not us. Yes, in some areas it is vitally important to force change to bad pieces of legislation, such as those affecting herbal products in Europe, or to get some better sense into the science, another subject that’s very close to our hearts. But the greatest element of change comes from increasing awareness, so that individuals alter their understanding of what the established medical and scientific community tells them with regards their health. Ultimately it’s about us as individuals and social groups making permanent changes to our behavior. This is true self-empowerment, and you don’t even have to wait until tomorrow—you can do it today.