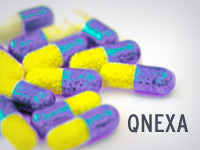 The FDA had previously rejected this very same drug for safety reasons. So how do they explain the sudden flip-flop?

Last week, the FDA’s Endocrinologic and Metabolic Drug Advisory Committee voted 20 to 2 to recommend approval of Qnexa, a diet pill that has documented risks of causing birth defects and heart problems. The committee’s approval pretty much paves the way for full FDA approval. If approved, Qnexa would be the first new prescription weight-loss medication since 1999. There is only one other diet prescription medication currently on the market: Orlistat (marketed under the trade name Xenical), which tends to cause loose, oily stools, along with a host of other possible side effects, some of which may be serious.
Qnexa was rejected twice, once in October 2010 over heart risk concerns, and again in January 2011 because one of its ingredients can cause cleft lips in the children of women who take it. Qnexa is a combination of two existing drugs, the appetite suppressant phentermine and the anti-seizure medication topiramate. Both have serious risks.
PubMed Health lists 63 side effects for topiramate. It can prevent you from sweating and make it harder for your body to cool down when it gets very hot. It can also harm fetuses and cause birth defects, cause kidney stones and osteoporosis, and alter your mental health “in unexpected ways” and cause you to become suicidal. Last year, the FDA reclassified topiramate as a class D drug, meaning that it carries risks to a fetus but may still be acceptable for use in pregnant women despite the risks!
Side effects of phentermine include cardiovascular adverse effects (heart palpitations, dizziness, chest pain, edema, and increased blood pressure), not to mention vomiting and diarrhea. Other reported adverse effects include convulsions, hallucinations, hostility with urge to attack, mania followed by depression, and panic.
Put the two together and you have a real winner of a diet drug! What’s more, diet drugs often exert their weight loss effects only while the drug is being taken. This promotes “yo-yo dieting,” which leads to more weight gain and is more likely to increase the risk of heart attack, metabolic syndrome, diabetes, and other serious health problems.
Does anyone imagine that the average overweight patient who is prescribed this drug will have a clue what’s in it, or what they could be letting themselves in for?
Officials for Vivus Inc., Qnexa’s manufacturer, have proposed a “tightly controlled system” for prescribing Qnexa to prevent birth defects, including “limits on which pharmacies can dispense the medication, such as registered mail-order pharmacies.” Of course, we can think of another way to prevent birth defects or cardiovascular problems from Qnexa: don’t approve it in the first place! As Dr. Sidney Wolfe, director of the Health Research Group at Public Citizen, points out, “Diet drug history is littered with those banned only after they found out about cardiovascular risk areas.”
What is causing the reckless and irrational approval of such an obviously dangerous drug? One of the driving forces is the pharmaceutical industry’s sense of panic. The patents on their biggest money-making drugs are expiring, which will cause drug prices (and profits) to plummet when generic versions become available. So Big Pharma is desperate for new blockbuster drugs—and FDA is beholden to the pharmaceutical industry. The drug industry, having been exposed for over-hyping the “cholesterol problem” for the sake of its own profit, now sees the obesity epidemic as the next opportunity for exploitation.
Predictably, according to investment experts, Qnexa is poised to become “the next Lipitor” (as if that’s a good thing!). The cholesterol drug Lipitor had $10.7 billion in sales in 2010 before losing patent protection last year. Analysts say Qnexa, if approved, may generate $448 million in sales in 2015.
With so few weight loss medications on the market and obesity at epidemic levels in America, the panel felt that the risks posed by obesity outweighed the drug’s side effects. Dr. David Katz, of the Yale Prevention Research Center, said, “This is far from a great drug. The FDA panel recommended approval of Qnexa only because the ranks of useful weight loss drugs are so thin, and desperate times call for desperate measures. Approval of Qnexa would reflect that…desperation.”
The irony, of course, is that healthy, natural solutions for weight loss and management are being ignored, as we explained in our popular article on the subject. And just last week, natural health expert Dr. Joseph A. Mercola explained how eating fat does not make a person fat—but the overconsumption of carbohydrates does: “Overeating carbohydrates can prevent a higher percentage of fats from being used for energy, and lead to an increase in fat production and storage. It also raises your insulin levels, which in short order can cause insulin resistance, followed by diabetes. Insulin resistance is also at the heart of virtually every chronic disease known to modern man.”
The FDA is expected to decide by April 17 whether or not to accept the advisory panel’s recommendation to approve Qnexa. The agency usually follows the recommendations of its advisory panels but is not required to do so.
How outrageous is it that FDA will consider green-lighting an incredibly toxic drug, but won’t let supplement producers make weight loss claims for safe, natural products? FDA has created a situation where consumers cannot be told about the health benefits of nutritional supplements and natural foods because FDA is censoring the manufacturers. This forces consumers into a situation where they only hear the endless advertisements from drug makers and major media—something that will increase dramatically if Qnexa gets approved.

A drug manufacturer has petitioned FDA to stop supplement producers from even mentioning the words “weight” or “weight loss” in ads. If the FDA agrees, food or supplement competition for weight loss drugs will be wiped out in one stroke. Don’t let them think we’ve fallen asleep on this issue—take action now!