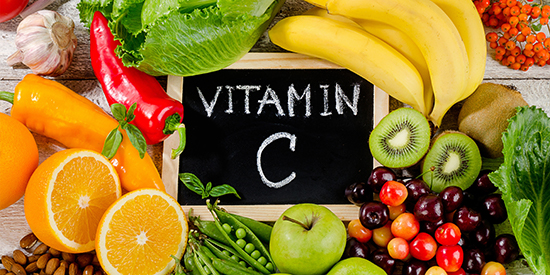 What happens when you cross a proven natural treatment with a crony medical system? A monopoly. Action Alert!

New information has come to light that poses a threat for continued consumer access to intravenous vitamin C (IVC), a potent, safe, and natural treatment for viral and bacterial infections and some cancers. It is a blatant example of our crony medical system. If we don’t stand up and send a strong message to Congress and the FDA, affordable IVC will be a thing of the past.

In 2017, McGuff Pharmaceuticals received FDA approval for an IVC product for the treatment of scurvy, and thus market exclusivity. The FDA notified other manufacturers of IVC that they must stop producing it, giving them a one-year grace period that has now expired. McGuff has subsequently raised the price of IVC.

Some historical context is necessary to understand why and how this happened. The FDA first targeted IVC after the launch of its Unapproved Drug Initiative in 2006. This document laid out policies of enforcement discretion for drugs that were being marketed without FDA approval. IVC had been approved for safety under the original Food, Drug, and Cosmetic Act in 1938. In 1962, Congress passed a law requiring drugs to prove efficacy in addition to safety. Drugs that were approved for safety between 1938 and 1962 could remain on the market for the time being, but a separate process began to assess the efficacy of these products. Drugs that were found to be effective would still require FDA approval (IVC fits into this category); drugs that were found ineffective would be pulled from the market. It is likely that IVC was not seen as a priority in 1962 but came onto the FDA’s radar in 2006.

In 2010, McGuff received a warning letter from the FDA that, among other things, ordered the firm to stop marketing IVC because the FDA determined it was an unapproved drug. At this time, ANH-USA sprang into action to get the FDA to back off IVC.

Note that McGuff received Orphan Drug Approval for its IVC product. The Orphan Drug program provides economic incentives for drug companies to produce drugs that treat rare diseases that affect less than 200,000 people. Orphan drug status entitles a drug company to tax credits of 50% of the clinical drug testing cost, waived FDA fees, and other assistance and support from the FDA. Most importantly, orphan drugs enjoy a longer period of exclusivity: seven instead of five years.

Taking advantage of the Orphan Drug Program is a familiar move. We’ve seen it done with Epidiolex, the CBD drug. Epidiolex won orphan drug designation for the treatment of a rare form of childhood epilepsy. The drug maker now has a government-granted monopoly on the CBD market, knowing full well doctors will prescribe Epidiolex (which will cost $32,500 a year) off-label to patients for many ailments. We will likely see a similar scenario play out with McGuff’s IVC. It has won FDA approval as an orphan drug for scurvy, but since it is now the only IVC product on the market it will be prescribed off-label for a variety of illnesses.

Here’s the main point: taxpayers are subsidizing the creation of drug monopolies that are driving up the cost of healthcare and hindering our access to healthy products.

The FDA-created monopoly on IVC will hurt patients. This is a medicine that is ubiquitous in integrative medicine practices as a key ingredient in Myers’ Cocktails, chelation, and cancer IVs. IVC is not normally covered by insurance, so patients need to pay out of pocket. Intravenous administration of nutrients is crucial, as it allows patients to achieve serum concentrations of nutrients that are not obtainable through oral administration. For example, vitamin C’s antiviral effect has been demonstrated to occur at 10-15 mG/dL, a level that can only be achieved intravenously.

Cancer patients require multiple vials in a single session and can have multiple sessions per week. IVC is also a potent antiviral, so these patients will also have to pay a premium or simply go without it.

Like CBD, the case of IVC is a prime example of the crony medical system—a cheap, safe, and effective natural medicine widely available to consumers is once again turned into an expensive monopoly drug. We must demand that the FDA not enforce market exclusivity for McGuff’s IVC product.

Action Alert! Write to Congress and the FDA, urging the agency to exercise enforcement discretion and allow other IVC products in the market. Please send your message immediately.

108 responses to “FDA Leaves Cancer Patients in the Lurch”