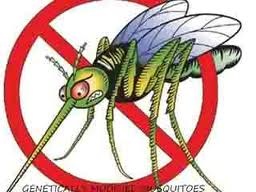 Untested, bio-engineered mosquitoes will likely be released in the Florida Keys.

The British firm Oxitec is in the process of seeking approval in the US for a mosquito that has been genetically engineered to combat dengue fever (an infectious, mosquito-borne tropical disease that causes fever, headache, muscle and joint pains, and a skin rash similar to measles). The company wants to release the mosquitoes for testing in the Florida Keys, and has opened an Investigational New Drug (IND) application with the FDA.
The Florida Keys Mosquito District had earlier said that a release of mosquitoes “will only take place once all necessary regulatory and ethical approvals have been obtained from regulatory agencies at both federal and state level, based on the results of independent, rigorous, scientific review”—and that the proposal is now “on indefinite hold.” To the contrary, permits for testing in Florida Keys, and eventual approval of GE mosquitoes, could be in our immediate future—now that Oxitec has an IND with the industry-friendly FDA.
According to our sources, the USDA issued a permit on June 4 for “GE yellow fever mosquitoes” for import to Florida. We have received word that the USDA is planning to study Oxitec’s mosquitoes (in containers) to see how well they mate with native Key West mosquitoes.
Note that GE mosquitoes haven’t been proven safe, either for the environment or for the human population. It hasn’t even been proven that they can effectively reduce spread of dengue fever! The people of Florida Keys will be guinea pigs in this experiment, but who knows how far these mosquitoes might spread—or with what consequences?