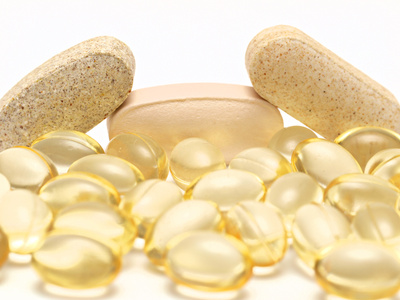 You can’t live without this vitamin. But the FDA wants to reserve the natural form for monopoly drug companies, leaving only the synthetic form for supplements. Urgent Action Alert!
The FDA has just released a new 109-proposed rule on the revision of nutrition and supplement labels. (You can read more about the implications of the new labeling rules in our other article this week.)
On page 69, the agency slipped in two little paragraphs that could risk the health of millions of people who desperately need folate. It’s a sneak attack so quiet and unobtrusive that few people will even realize it’s there.
According to the guidance, the word “folate” will be banned from the Supplement Fact labels—only the term “folic acid” will be allowed.
Folate is the naturally occurring form of the water-soluble vitamin B9. It is found in foods such as black-eyed peas, chickpeas and other beans, lentils, spinach, turnip greens, asparagus, avocado, and broccoli, but is also available as a supplement.
The human body needs folate to synthesize and repair its DNA. It’s especially important during the kind of rapid cell division and growth seen in infancy and pregnancy. Children and adults both require folate to produce healthy red blood cells and prevent anemia among many other vital functions
Folic acid, on the other hand, is synthetically produced, and refers to just one member of the folate group: pteroylmonoglutamic acid. While folic acid occurs only rarely in whole foods, it’s extremely stable, which is why it’s widely used in dietary supplements and to fortify processed foods.
The important thing to remember is that folic acid is not itself biologically active, though for most people the liver can convert it to the folate we need. Most, however, does not mean all. It’s estimated that 30% to 40% of the population can’t efficiently convert synthetic folic acid into folate.
In other words, about a third of the human population has two potential problems: a deficiency in folate (because it is hard to get enough from a diet full of processed foods), and possibly even an excess of folic acid (because their body can’t metabolize what could become an overabundance of folic acid present in “fortified” foods):

68 responses to “Breaking News: FDA’s Sneak Attempt to Ban Another B Vitamin”