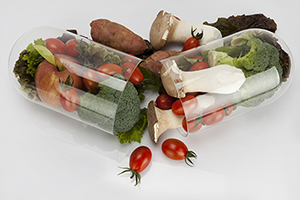 December 7, 2017
Category: Are My Supplements Safe?

The agency is deciding what to do about “old” supplements—tell them what you think! Action Alert!

Last year, we told you about the FDA’s massive attack on supplements that came in the form of a guidance document. That guidance is meant to provide clarity to supplement companies regarding “new supplements”—referred to as new dietary ingredients, or NDIs.

The FDA is asking for feedback from the public on whether or not to develop an official list of ODI ingredients.

While the creation of an official list may sound like a good thing, we think it’s possible that the FDA would use such a list to target supplements. FDA inspectors could simply go to a vitamin store with their ODI list, and anything that is either not on the list or doesn’t have an approved NDI notification would be wiped off the shelves.

ANH-USA has prepared comments to submit to the FDA that make the following points:

The FDA’s proposed NDI notification process remains one of the largest threats to the supplement industry ever. A win here would be a significant step toward fixing the mess that the FDA created.

Action Alert! Write your own message to the FDA, urging them to follow the course outlined above. Please send your message immediately.