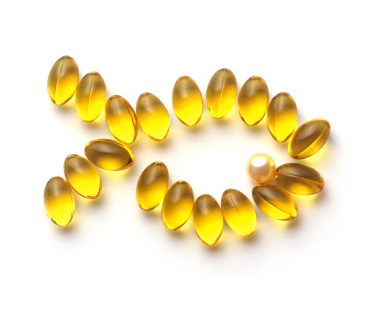 The study’s authors showed similar biases in previous papers—yet the media keep stoking the flames without doing any serious analysis.

Brasky and his colleagues looked at two groups: their own cohort of 834 men diagnosed with prostate cancer, of which 156 had high-grade cancer; and, for comparison, the data and blood samples from 1,393 men of the same age range randomly chosen from the 35,500 participants in the prostate cancer SELECT trial. In looking at the analysis of the men’s blood samples, Brasky et al. found that men who had the highest amount of long-chain omega-3 polyunsaturated fatty acids (LCω-3PUFA) in their system had an increased risk of prostate cancer, compared to men with the lowest amount of LCω-3PUFA. At the same time, they found that omega-6 fatty acids were associated with lower risks of total prostate cancer.

Brasky and his colleagues had published a paper in 2011 indicating that DHA was positively associated with high-grade prostate cancer, but that trans-fatty acids (like those found in margarine and frying oils that contribute to heart disease) were associated with a decreased risk of aggressive prostate cancer. This new analysis seems to confirm their previous findings.

Brasky’s conclusions run contrary to almost every previous study on the subject. There are several prospective studies showing numerous benefits of omega-3 fatty acids in relation to cancer. In one, researchers investigated the effect of dietary fish intake among 6,272 Swedish men who were followed for thirty years. Men who ate no fish had a two- to three-fold increase in the risk of developing prostate cancer compared with those who consumed large amounts of fish in their diet. Similar studies have suggested lower prostate cancer risk associated with omega-3 fatty acids from fish in Japanese and Brazilian men.

Let’s look at some of the problems with the study, both with the way the study was set up and with the conclusions reached by the researchers:

Despite the fact that the study showed no causal link between prostate cancer and fish oil supplementation or the presence of omega-3s in blood, the paper’s senior author made the following blanket statement in a press release: “We’ve shown once again that use of nutritional supplements may be harmful.” Have you ever heard such an absurd conclusion?

CAM physicians have mixed opinions on omega-3s from fish oil. Some, like respected California integrative doctor Robert J. Rowen, MD, recommend against fish oil because of the danger that it can oxidize once it reaches warm, oxygen-rich bloodstreams. These doctors recommend vegetable precursors (parental essential oils, e.g., flax oil). Others, like Dr. Jonathan Wright, recommend taking fish oils—but always with vitamin E (in the form of mixed tocopherols) to prevent against oxidative damage.

The pharmaceutical industry has developed their own omega-3 drugs, with more in the pipeline, some of which are in phase III of clinical trials. Since these drugs are only available by prescription, our concern is that studies like this will scare consumers away from supplementing sensibly, and will drive people to use the Big Pharma version when prescribed by a doctor.

Certainly the media plays a big role in that. Outlet after outlet merely parroted the press release and cobbled together one alarmist headline after another, with no context or critical analysis provided.

As we noted above, it is vital for natural health consumers who use supplements to do so wisely, in consultation with a qualified health expert. Understand what levels of each supplement is optimal for you and your condition. Use the most natural forms of any substance available: first, if you can, in food, and secondarily in natural, organic supplements. And always take them with the co-factors that make them safe and most able to be utilized by the body. As always, it’s a matter of balance, education, and following the advice of an experienced healthcare practitioner.