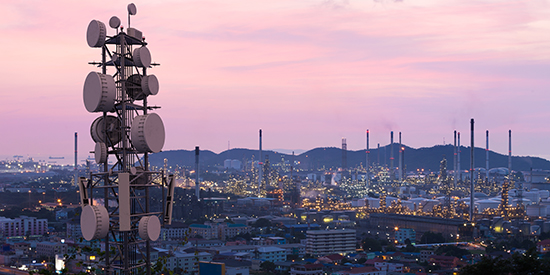 Scientists are speaking out about the dangers of 5G, but government agencies are showing no signs of listening. Action Alert!

Over the past months, we’ve been documenting the issues surrounding the launch of 5G networks. As we edge closer and closer to a wider rollout of this technology, more information is coming to light demonstrating the negative impact on human health that could result, not to mention the damage to wildlife and the environment. The Federal Communications Commission (FCC) is paving the way for this rollout and is apparently too beholden to the telecoms industry to care that we’re being used as guinea pigs in this experiment.

The latest outrage in this story is the recent announcement from the FCC that they will reaffirm the radio frequency radiation exposure limits that were adopted in the 1990s, based on research from the 1980s. These were derived from behavioral changes in rats exposed to microwave radiation and were established to protect humans from short-term heating risks from radiation exposure. Yet the peer-reviewed research since then has found harmful health effects from much lower radiation exposure.

Further, the FCC exposure limits only limit the intensity, or the frequency, of the carrier waves, but ignore other aspects. An expert in Scientific American writes, “Along with the patterning and duration of exposures, certain characteristics of the signal (e.g., pulsing, polarization) increase the biologic and health impacts of the exposure. New exposure limits are needed which account for these differential effects.”

Echoing these concerns, a group of hundreds of scientists from around the world recently sent a letter to the United Nations and the World Health Organization warning of “serious concerns regarding the ubiquitous and increasing exposure to EMF generated by electric and wireless devices.” The scientists explain that EMF “affects living organisms at levels well below most international guidelines,” causing increased cancer risk, cellular stress, increase in free radicals, genetic damage, changes to the reproductive system, learning and memory deficits, and neurological disorders.

Aside from turning a blind eye to the numerous health implications of launching 5G on a wide scale, recall, too, that the FCC is undermining local democracy so towns and cities have less of a say over how the technology gets installed. This is what happens when the person in charge of the FCC, Ajit Pai, is an ex-telecoms executive.

It is a scandal that the government is allowing the telecoms industry to use us as guinea pigs in this 5G experiment. The most knowledgeable minds in the world are warning us of the dangers, but the government isn’t giving us any signs that they have a clue.