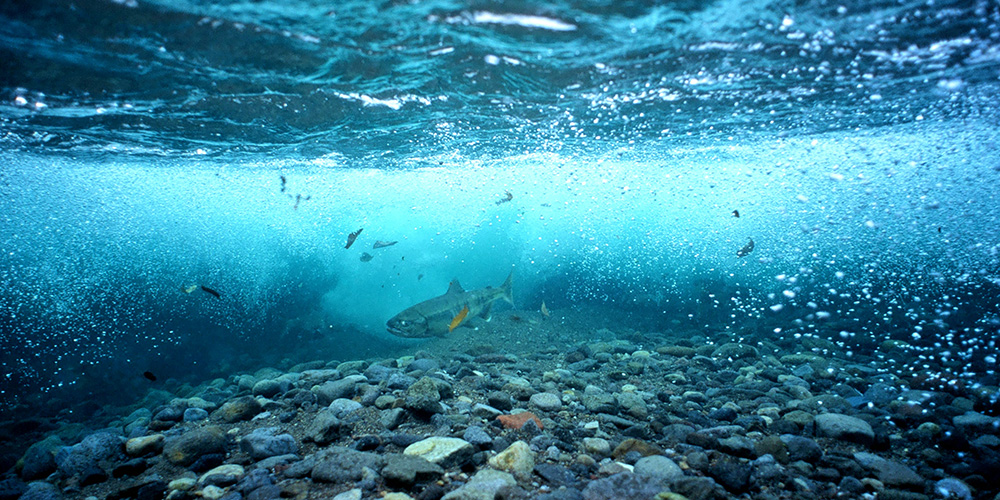 AquaBounty, the purveyor of the genetically engineered (GE) salmon, said the fish could reach store shelves by April of 2021. Action Alert!

In a recent online press conference, a chief executive for AquaBounty said that its genetically engineered salmon would be on sale to the US public in April, adding that seven out of ten consumers might buy GE salmon, presumably once they learned more about it. This underscores the necessity of passing into law legislation that mandates the labeling of these fish telling us that they are GE.

Note that, due to the sham GE food labeling law that Congress passed, the GE salmon would not be required to have clear labeling that it was genetically altered.

The sale and production of GE salmon makes the issue of transgenic contamination—when GE species contaminate non-GE plants or animals—even worse. This has already cost farmers millions of dollars over the years when organic crops are contaminated by GE crops. We recently reported on a case in which the court ruled that the FDA violated environmental laws in approving genetically engineered (GE) salmon.

The court’s ruling, however, does not seem to substantially threaten AquaBounty’s plans to sell the salmon. The company’s chief executive said after the ruling, “This case did not call into question FDA’s approval regarding the health and safety of our AquAdvantage salmon. The focus of this decision was on the potential environmental impacts, and the judge confirmed the ‘low’ threat to the environment of our salmon,” and that the “decision will not have an impact on our on-going operations.”

Major retailers (Safeway, Target, Trader Joe’s, and Whole Foods, to name just a few) pledged years ago not to carry the GE salmon. We will see if that pledge holds when the rubber meets the road.

There are a number of bills in Congress that would require clear labeling of genetically engineered salmon, among other things:

Cronyism is at the center of this: Congress, in passing the sham labeling bill completely caved to Big Food, which has a vested interest in keeping Americans in the dark about the contents of food. We must ensure that GE salmon is properly labeled.

Action Alert! Write to Congress and urge them to pass these bills to label GE fish. Please send your message immediately.

23 responses to “GE Salmon is Coming”