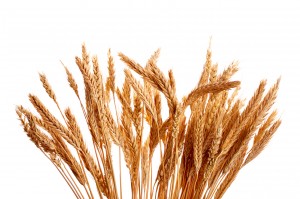 The USDA’s response is to talk out of both sides of their mouth.

In a single press release, the USDA closes its investigation of the contamination of wheat fields in Oregon, calling it an “isolated incident,” then immediately contradicts itself by opening another investigation into contamination from genetically engineered wheat. The contamination was found at a research facility in at Montana State University that was the earlier site of authorized field trials.
Both the Oregon and Montana contaminations trace back to wheat developed by Monsanto. No GMO wheat has been approved for commercial use in the US. Of course, APHIS (the USDA’s Animal and Plant Health Inspection Service) is not planning any disciplinary action against Monsanto—not even a fine.
The Oregon wheat incident we told you about last year caused Japan and South Korea temporarily to cease buying our wheat, which rocked international trade—and it wasn’t the first time countries have halted trade with the US because of GMOs. We are hoping the National Organics Standards Board will consider shifting some of the blame onto GMO producers and the agencies that oversee them, as we reported in our lead article in this week’s issue of The Pulse.
Readers will recall that we commissioned a report analyzing the cost of not labeling GMOs. Joanna Shepherd-Bailey found that among other problems it affects the country’s ability to compete worldwide. Reduced global consumer demand for agricultural products risks over 130,000 jobs and $33 billion (from food sales, tax revenue, local jobs, and the ripple effect on related industries such as retail, transportation, etc.) in Washington state alone. The damage could be devastating for larger agriculture-producing states. It should be noted that GMO labeling has not had a negative impact on other world economies.
Although the Montana State University research center doesn’t operate as a commercial farm, it raises another big red flag over this issue of uncontrolled GMO contamination. In Oregon, the USDA has no idea how the wheat contamination occurred. If you don’t know how it happened, how can you guarantee it won’t happen again in the future?
Since GMOs are unlabeled, consumers’ only way to be sure they are getting non-GMO foods is the organic certification notice on the package. But organic foods are not routinely tested for unintentional GMO contamination. With this cross-contamination in Montana, it’s clear that GMOs simply cannot be controlled. And that means all organic food is threatened.