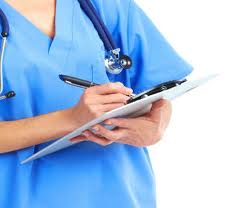 Not if crony interests can stop it. But there are the highly respected ABC codes, which integrative practitioners can start using immediately.

Two years ago we told you about how the world of medicine is run by billing codes—every hospital, doctor, and practitioner who accepts insurance or Medicare uses billing codes both for a record and for any reimbursement. Billing codes can also be used by researchers to track the effectiveness of various treatments.
Would you be surprised to learn that the standard billing codes, set up by the American Medical Association, don’t include complementary or alternative medical (CAM) therapies? ABC Coding Solutions is one of the few billing code providers that offer codes for a full range of integrative practitioners and therapies as well as nursing and other services.
In 1983, the government agreed to make the AMA’s codes the only ones allowed for Medicare billing, which means that alternative and integrative medical practitioners are completely squeezed out. Moreover, without the proper codes, it is harder to collect good data on the benefits of CAM—which may be the very reason that government and the AMA don’t want any alternative codes.
This is just another example of crony capitalism at work. For more on the AMA’s cozy working relationship with the government, see this article.
The Department of Health and Human Services (HHS) granted an exception to test ABC Codes in electronic healthcare transactions in 2003. Alaska Medicaid used ABC codes under this exception between 2004 and 2009 to process over 2 million claims and payment transactions in a behavioral health program. Alaska documented a cost savings of over 50% in using ABC codes rather than the AMA’s codes required for filing claims!
HHS then asked the Centers for Medicare and Medicaid Services (CMS) to review ABC’s cost–benefit analysis quantifying these savings. CMS reported back that there was “no compelling data to have ABC codes added to the [standard] codes required for filing healthcare claims.” The CMS report was full of blatant errors, which ABC attempted to get them to correct, but HHS paid no attention.
After this experience, ABC decided to abandon working with the government, after already spending $700,000 on lobbying. For now ABC Coding Solutions is working directly with practitioners to use the ABC billing codes in filing electronic claims with private insurers. “We found that nurses, counselors, chiropractors, and many other integrative health professionals are frequently not reimbursed by insurance companies. Without ABC codes, these professions are often reimbursed at the wrong rate and their payments are delayed,” explained Melinna Giannini, CEO of ABC Coding Solutions. This helps close the gap and allow some 2 million more healthcare professionals to get paid, by allowing practitioners to supplement conventional medical codes as they file electronic healthcare claims.
Medicare is not likely to provide coverage for CAM services any time soon. Not even nurse practitioners and other advanced-practice nursing services are covered under Medicare. There is language in PPACA, the Patient Protection and Affordable Care Act, that would expand coverage to providers who are not MDs or DOs so long as those practitioners are acting within their scope of practice to provide benefits allowed by the insurance organization. However, Medicare disallows many services that are not managed by MDs, who don’t want competition from nurses, much less from integrative medicine.
On the one hand, the government realizes that there are major cost savings to be had by allowing highly trained nurses to do more. On the other hand, the government and the American Medical Association are in a crony relationship. How this will shake out over time remains to be seen.

9 responses to “Medical Billing Codes—Will Nurses and Alternative Medicine Ever Get a Foot in the Door?”