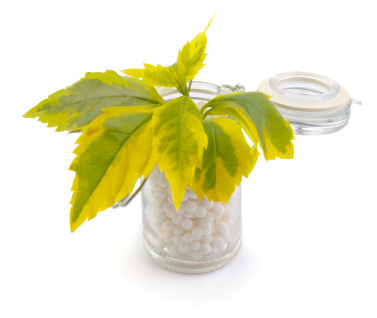 We didn’t send our newsletter last night so we could bring you the absolute latest information from Capitol Hill. Action Alert!
Last week we told you about draft legislation from the Senate Committee on Health, Education, Labor, and Pensions (HELP) that we believed would limit access to compounded medications. ANH-USA had a number of concerns regarding the first iteration of the bill, specifically the proposed requirements that would require doctors to indicate on a prescription why compounded medications were being used. We saw this as unnecessary regulation of the practice of medicine. Additionally, we were concerned about the bill’s language that would allow FDA to disallow entire categories of drugs that could be compounded, such as “extended release products.”
The good news is that this time, some powerful senators are listening to grassroots activists like you. Your large-scale response to last week’s Action Alert made a real difference. ANH-USA has been talking to members of Congress on this issue, particularly Sen. Tom Harkin (D-IA), who is a real champion of natural health. We are the only natural health / grassroots advocacy voice at these meetings. The important thing to remember is that the HELP Committee and Sen. Harkin are still working on the bill, so it’s far from a done deal in the Senate.
The second draft of the Senate bill was made public this afternoon. Some of our concerns were addressed, while others remain. For example, the first draft of the bill would have required a physician’s prescription “indicating that the compounded variation produces for that patient a significant difference.” We believe that is an intrusion into the practice of medicine, and through your emails and our efforts on Capitol Hill, this language was removed from the second draft.
In addition, language has been removed that would have required RCTs (random-controlled trials, which are generally only required for patented FDA-approved drugs) for compounded medications. Compounding is by definition individualized medicine, so this clause ran the risk that each new variation would need to prove efficacy. Time-released thyroid is different, as is a smaller dose of a drug, or one with different binders. But because these medicines are of little economic benefit and given to relatively few people, an RCT requirement could effectively eliminate all compounded forms. We brought the issue to their attention, and that clause was eliminated!
A few concerns remain, however. The current version of the bill still allows the FDA to disallow entire categories of compounded drugs in “complex dosage forms” such as extended release products or transdermal patches. The new language requires that these “complex forms” be “demonstrably difficult to compound,” apparently under the theory that compounds which are more difficult to create are somehow less safe. Our view is that there has to be demonstrable harm in the compounded medicine for it to be eligible for banning, not simply complex or difficult to make.
Under current law, estriol (the bioidentical hormone) has a USP-NF monograph, so it can therefore be compounded. The revised bill would allow FDA to identify “drugs not suitable for compounding” even though they have a monograph as estriol does! This is a big concern for us.
A third draft of the bill is expected to be circulated on May 20, with committee hearings and a vote on May 22.
We have received word that the House of Representatives is also working on a pharmacy compounding bill. This may not be as bad as it sounds. Last fall Republicans on the House Energy and Commerce Committee blamed the FDA—not compounding pharmacies—for failing to crack down on the New England Compounding Center after its quality control problems last year, and told FDA Commissioner Margaret Hamburg that her agency already has all the authority it needs. Moreover, Rep. Fred Upton (R-MI), who chairs the House Committee on Energy and Commerce, has not put compounding on his list of legislative priorities for the year. Given the House’s skepticism about the FDA needing additional authority, we are hoping the bill will be different. We’ll keep everyone updated as it unfolds.
Action Alert! We have revised last week’s message to Senate HELP Committee members to thank them for listening to our concerns, remind them of the areas that still need some work, and let them know that we’re eager to see a revised version of the draft bill. Even if you sent a message last week, please contact your senators again right away and make sure they understand that compounded medicine is a vital part of citizens’ healthcare needs, that the FDA has a history of targeting compounders, and all legislation should be approached with caution.